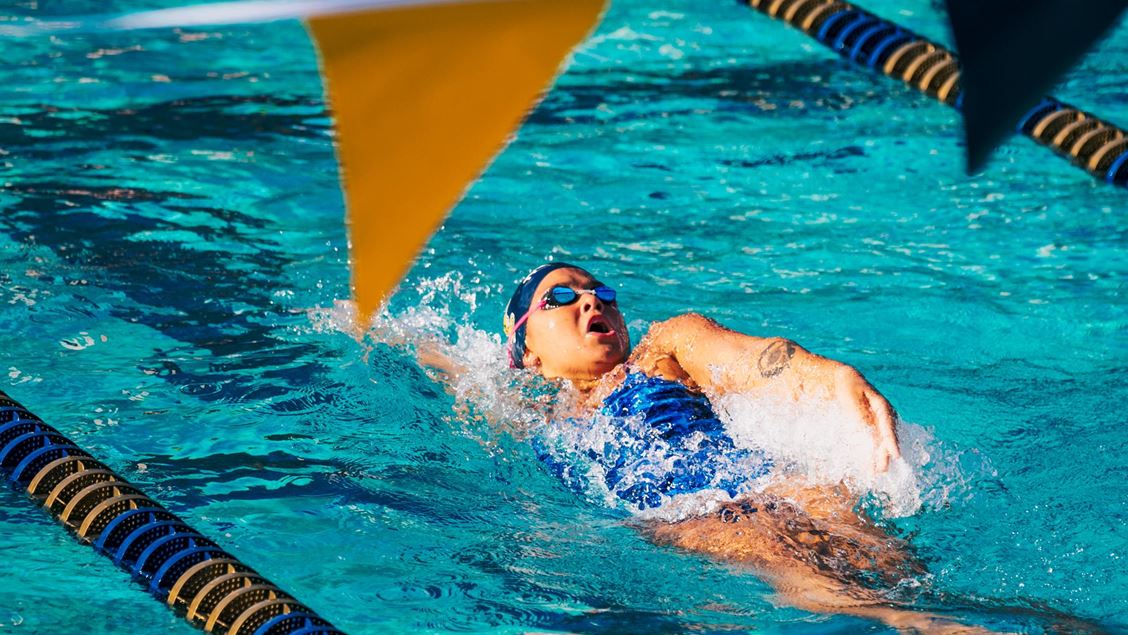 The win improves FIU's record to 2-0 in dual meets this season, after the Panthers calmed the Miami Hurricanes with a victory in Coral Gables the day prior. Archive photo via FIU Athletics

FORT MYERS, Florida (Jan. 23, 2021) – The FIU women’s swimming and diving team earned its second dual meet victory in as many days on Saturday, as the Panthers downed the Eagles at the FGCU Aquatics Center by a score of 186-113.

The win improves FIU’s record to 2-0 in dual meets this season, after the Panthers calmed the Miami Hurricanes with a victory in Coral Gables the day prior.

“We came out today and improved on our performance yesterday,” said Head Coach Randy Horner. “I’m very excited about what this team can do this season. These ladies work so hard and it was so nice to see results in the pool this weekend.”

After coming in second-place behind the Eagles at the FGCU Invitational back in November, the Panthers displayed a bounce-back performance on Saturday and claimed 12 of 16 events to earn a decisive victory over FGCU. A total of 20 Panthers contributed points for FIU throughout the day in a true team effort for Coach Horner’s bunch.

Panthers Julia Miranda, Sara Gyertyanffy, Kelsie Campbell, and Jasmine Nocentini opened up the day with a relay win for FIU, after the group posted a mark of 1:41.75 in the 200-yard medley relay.

Campbell also had a strong showing in individual events with a contribution of 13 points, as the Panther won the 100-yard butterfly and finished runner-up in the 100-yard backstroke.

Lamija Medosevic, Miranda, Campbell, and Nocentini finished off the day with another FIU relay victory, as the group posted a mark of 3:26.85 in the 400-yard freestyle.

UP NEXT
The Panthers are back in action next week for their final dual-meet competition of the 2020-21 season, when they host rival FAU on two separate days. FIU first welcomes the Owls for a divers-only meet in Coral Springs on Wednesday, Jan. 27, beginning at 10:35 a.m. ET. The swimmers then hit the pool against FAU at the Biscayne Bay Aquatic Center on Saturday, Jan. 30, starting at 11 a.m. ET.

FORT MYERS, Fla. – The FGCU swimming & diving team (1-2, 1-0 CCSA) dropped a 186-113 result to FIU (2-0, 0-0 C-USA) after 16 events of competition on Saturday afternoon at the FGCU Aquatics Center. Senior Petra Halmai (Dombovar, Hungary/Lanczos Kornel Secondari Grammar School) led the Eagles with a trio of individual wins, as she took home both the 100- and 200-yard breaststroke events, as well as the 200 IM. Sophomore Hannah VanDress (Cape Coral, Fla./Bishop Verot) accounted for the Green & Blue’s fourth individual victory, having captured the 1000 Free.

Though the Eagles were unable to overtake the Panthers for the win, they did vastly improve on their performance from the last dual between the teams, the regular-season finale of the 2019-20 season. That year, FGCU was only able to collect a total of 95 points upon completion of the meet.

“The team did a great job racing and taking advantage of today’s opportunities,” head coach Dave Rollins said. “I am thankful that we were able to host the meet here, as we always look forward to chances to compete in front of our Eagle fans. We have some events to figure out before the CCSA Championship, but I am really excited with where we are as a team and in our training cycle.”

Despite the team being limited to just four first-place finishes throughout the day, the Eagles turned in top-three times in each swim. Of the 12 total events that went to the Panthers, FGCU placed second in six of them.

Sophomore Julia Rodriguez (Gainesville, Fla./Buccholz HS) narrowly missed what would have been win No. 5 for the Green & Blue, as she was less than half a second off of the winning pace in the 100 Fly. Rodriguez also scored for the Eagles in the 200 Fly, where she finished just behind second-place freshman Sophia Macaisa (Inverness, Fla./Lecanto HS).

On the boards, FGCU was led by sophomore Reese Wakefield (Guelph, Ontario/Bishop Macdonelle CHS), who scored the fourth-highest points in both the 1m and 3m events. Fellow sophomores Isabeau Keene (Demorest, Ga./Tallulah Falls School) and Delaney Nelson (Cincinnati, Ohio/Ursuline Academy), rounded out the Green & Blue’s scoring, adding a point apiece. Keene came in fifth on the 3m board, while Nelson finished fifth in the 1m event.

The Eagles will remain at The Nest as they prepare to close out the regular-season portion of their slate with a meet against UNF Jan. 29 & 30. Friday’s competition is slated for a 4 p.m. start, with Saturday’s scheduled for Noon. The second day of competition against the Ospreys will be senior day and the team is scheduled to honor Halmai.