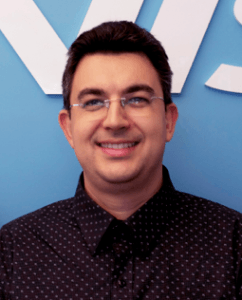 FINIS, a world leader in technical swimming products that maximize your fitness potential and technique, announces Plamen Nikolov as the General Manager of FINIS Europe.  Nikolov brings 12 years of corporate experience in sales, marketing and management, and has previously held positions as Sales Director for Toyota, Commercial Director for Daihatsu, and Business and Marketing Development at MSPS International and Hensel Electric International.

Nikolov started in January, and has already visited the FINIS USA office to meet the staff and receive in-depth training in each department.

“I am very excited to join the company because of the advanced technologies, unique products and dedicated employees,” Nikolov said.  “FINIS’ growth in the international market has steadily increased over the years and I intend to set the highest standards for customer service and satisfaction during this time.”

Nikolov, a native of Bulgaria, is also fluent in English, Russian and German.  He earned his master’s degree from Sofia University and doctorate degree from University of Klagenfurt.  Among his educational accomplishments, the Austrian Ministry of Education and Culture also granted Nikolov the Ernst Mach Scholarship Award.