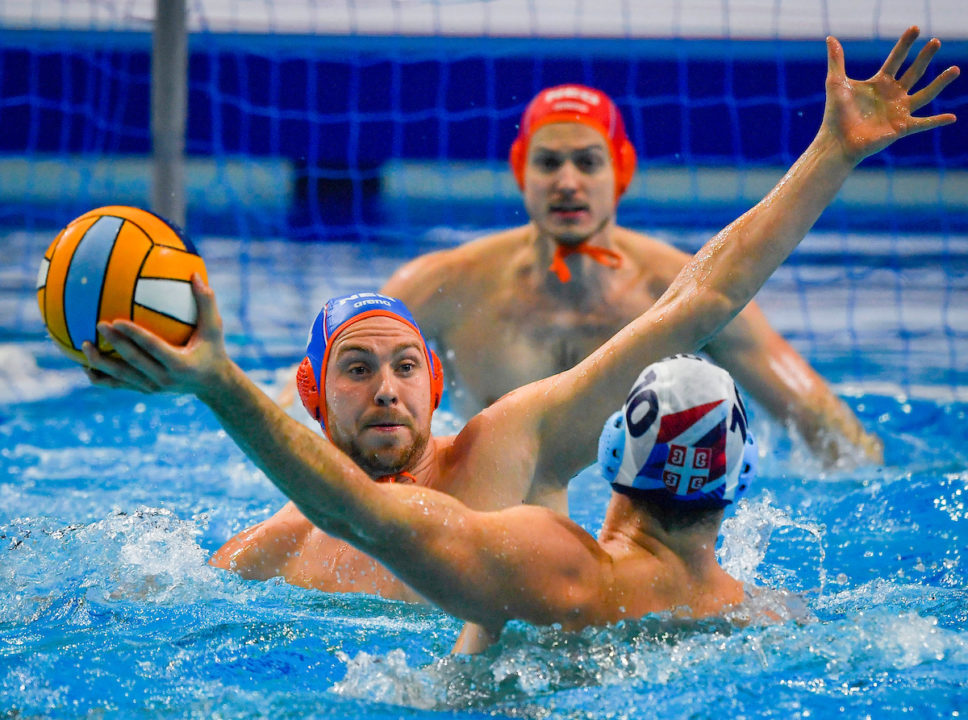 Utilizing the sport’s new World Cup format, the draw decided the groups for the season-long tournament for the highest performing teams coming into the 2023 season.

The new World Cup format consists of two levels – with the top twelve men’s and top eight women’s teams in Division 1, whereas Division 2 will be open to any team from Europe, the Americas, Africa, Asia & Oceania. Six teams from division one and two teams from division two can earn their spots in the Super Final through two qualification tournaments.

“We’re using all our experience from the past for this brand new competition, the FINA Water Polo World Cup,” Molnar said during his competition preview opening speech to the team draw event.

I have very beautiful memories from this beautiful city of Budapest. I am very proud of what this city and Hungary have done for the development of aquatic sport – not only in water polo but in all the aquatic disciplines. We were here for the FINA World Championships in 2017 and 2022, and we will be back in 2027. What I expect from this new format of the tournament is that any team can win the FINA Water Polo World Cup.

Watch the whole draw below