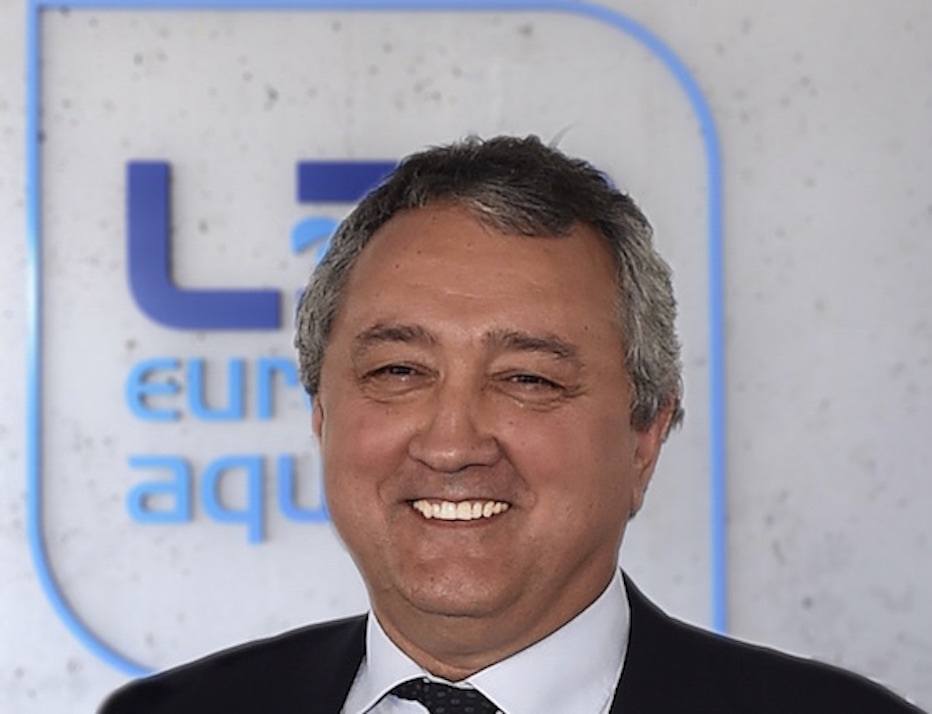 Yesterday, Mr. Barelli answered some questions we had regarding Hosszu's call for a pro swimmers' union and weighed in on the consequences of the World Cup rules changes. Current photo via courtesy of LEN

Paolo Barelli, President of LEN and the Italian Swimming Federation, is hoping to shake things up in FINA this summer and over the course of the new quad.  The singular challenger to reigning FINA President Julio C. Maglione of Uruguay, Barelli spoke with SwimSwam earlier this month about what he believes needs to change in FINA and why he is challenging Maglione for the presidency.

Yesterday, Iron Lady Katinka Hosszu discussed her grievances in an open letter, particularly as pertains to the recent rules changes for the World Cup series that establishes a 4-event-cap for every swimmer at each stop on the series. Hosszu, who has been known to enter every event at some stops on the World Cup, would see a major loss in earnings due to these changes.

Yesterday, Mr. Barelli answered some questions we had regarding Hosszu’s call for a pro swimmers’ union and weighed in on the consequences of the World Cup rules changes.  Though Mr. Barelli was the first to respond, SwimSwam also reached out to FINA, USA Swimming, and the Hungarian Swimming Association for comments.  We await their responses.

SwimSwam: If Hosszu’s proposal receives broad enough support from athletes, would FINA consider repealing the new rules before the start of the 2017 World Cup?

Paolo Barelli: We must keep in mind what is the root cause of the problem.  It is simply that FINA President Maglione has no clue of what we are talking about here.

This is the stark reality.

We should be addressing these important problems with extreme competence.  Moreover, these should be evaluated by the top echelons of the ruling body rather than being inordinately left in the hands of the FINA Bureau Liaison, the Technical Committee or the FINA Office and the senseless proposals they suggest.

FINA (without my vote) had already experienced two changes to the World Cup rules in the past few weeks.  This clearly explains the confusion created and, as a consequence, it is understandable that the athletes may be perplexed.

Change a third time?  Why not?  But only for a permanent solution!

SwimSwam: What risks/benefits does a unionization of professional swimmers pose to the sport in terms of both future participation/growth and viewership/marketability?

Paolo Barelli:  Should the athletes, in their majority, ultimately decide to join in some form of association it would mainly show that FINA has completely failed in its task of understanding the desires and necessities of the athletes and, consequently, to provide adequate responses in terms of the programs to be adopted.

In this case, the natural consequence would be to have a new representative body.

SwimSwam: Should swimmers be allowed to unionize at all?  Why?

Paolo Barelli: It is certainly not easy for the athletes to find common ground with regards to “common views” because they have different ages, cultures and also personal programmes which vary from one another.

But, FINA must understand and introduce the changes within a comprehensive programme which would benefit all: with the athletes interest at the forefront.

Nonetheless, it is necessary for the FINA leadership to have a more in depth understanding.

Only being conscious of the real problems can solutions be found to overcome them.  Unfortunately, at the moment within FINA it is not so.

Paolo Barelli: I want only to underline that Hosszu is a great athlete and she has had the possibility of enjoying success and fulfilment.  If she is not satisfied let us think how disappointed so many others must be.

I truly believe that our aim should be to ensure FINA operates in the best and correct way in the interest of all the stakeholders, but, mainly in respect of the athletes.

Undoubtedly, we need a change in leadership to function better and achieve what we desire and what our athletes deserve.

SwimSwam: Would LEN support swimmers banding together in the manner Hosszu suggested?

Paolo Barelli: My personal belief and that of LEN is that the athletes are the focus of all the activities within clubs, the national federations and FINA also.

It is therefore necessary to understand, appreciate and take action in the interest of all concerned.

But everyone recognizes that they are the champions who attract the attention of the media, spectators and viewers and make our disciplines so successful.  And I perfectly recognize it.

That guy was straight up useless in that conversation. He did not answer a single question. Also, in case you didn’t catch what his views are on an athlete’s union, that was politician speak for “not a chance.” He pretty much spent that entire conversation campaigning for the FINA president spot. I would not imagine he’d be much better than the current guy.