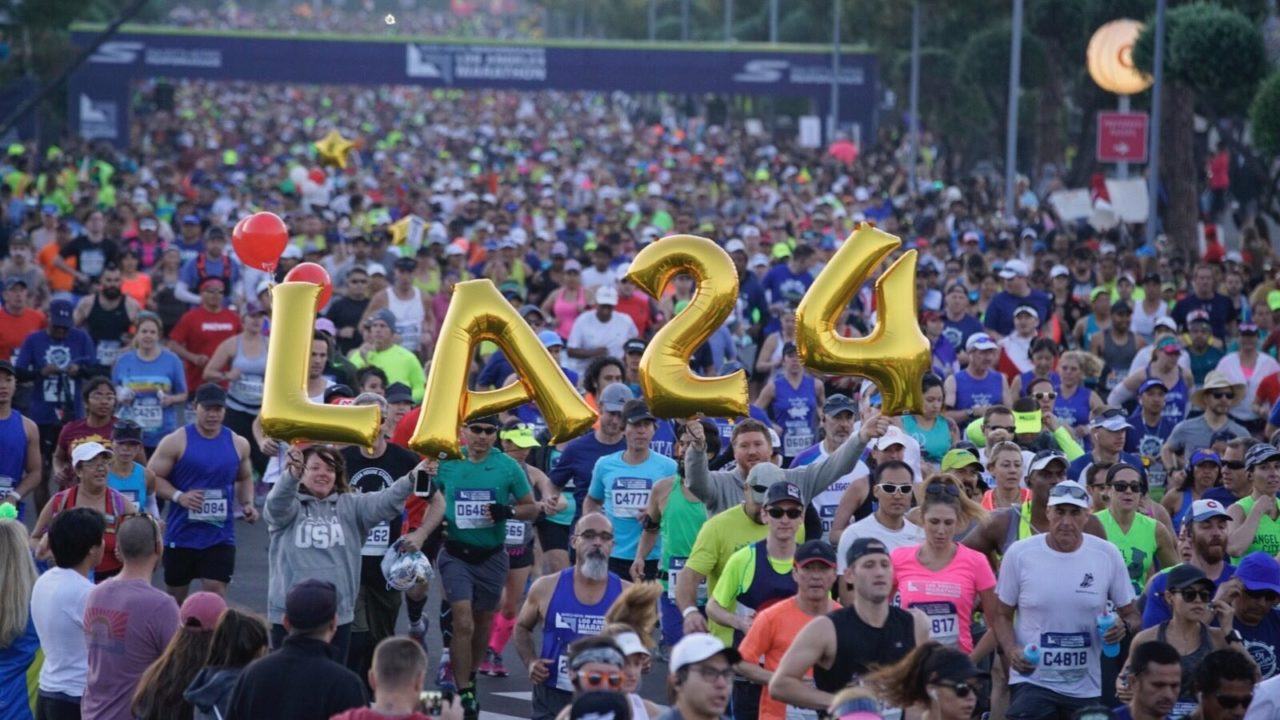 Given that the top organizers of LA2024 are apparently on board with the IOC awarding Paris the 2024 and LA 2028 Olympic Games simultaneously, it begs the question: What does Trump have to offer to secure LA the 2024 Games? Current photo via @LA2024 on Twitter

But winning at the Olympics–or rather, the right to host the Olympics–takes more than just willpower.  Though President Trump has claimed that the IOC is “very happy” that LA2024 has his approval, the President has been otherwise relatively quiet regarding the world’s largest and most political sporting competition.

After scoring the International Olympic Committee (IOC) a big deal with Intel, IOC President Thomas Bach departed for Washington D.C. and a meeting with President Trump in the White House where the two will discuss the 2024 Olympic bid. While no members of the LA2024 Organizing Committee are set to join the duo, United States’ IOC members, Anita DeFrantz, Larry Probst, and Angela Ruggiero will join Trump and Bach in the discussions.

Trump and Bach’s meeting follows LA2024 Chairman Casey Wasserman‘s apparent concession of the 2024 Games to Paris, and Los Angeles Mayor Eric Garcetti‘s proclaimed willingness to host the Games in 2028.  Given that the top organizers of LA2024 are apparently on board with the IOC awarding Paris the 2024 and LA 2028 Olympic Games simultaneously at the September 13th summit in Lima, Peru, it begs the question: What does Trump have to offer to secure LA the 2024 Games?

Though Trump and Bach, who have spoken on the phone on one prior occasion, are believed to get along well, Bach has been pushing for the dual 2024-2028 decision for months.  Meanwhile,  newly-elected French President Emmanuel Macron has been a vocal supporter of Paris 2024, and Paris 2024 Chairman Tony Estanguet has repeatedly claimed that Paris would be incapable of hosting the 2028 Olympics as the land earmarked for the construction of the Athletes’ Village will have been developed by other entities in the 11-year interim between the IOC’s decision and the 2028 Games.

However the meeting goes, the decision as to which city will host in 2024 will still be decided with a vote when the entirety of the IOC convenes in September.

Loves winning…. yes, by losing. When you have fewer votes, you lose. Everywhere. But not in USA.
Loves winning…. yes, by lying and cheating people 24/7.
Sure the winners are not the people, the education or the planet with that infamous person and his infamous allies in Washington.
Please stop talking about that guy. With him USA is now the shame of the democratic world. It was already the case with W 10 years ago but it’s even worse right now.

You need to research the purpose of the electoral college and learn the dangers of a direct democracy.

The 2024 open water Olympic event is being moved to the intercoastal bay in front of Mar a Lago. The course will be 720 meters long, 1 meter for every electoral vote Trump won, and the race will therefore be exactly 13.889 laps around two big beautiful golden buoys & these races will be watched by over 38 billion people making it the most viewed sports event ever.

Don’t tell anybody yet.

Apparently Russia won again in Georgia & SC . Its amazing how much local knowledge they have . before that they said ‘ oh that pesky Ben , if he turns up just throw him down some , Montanians will love it . So much winning the WP today has column where they know RU is going to sabotage the next elect but Americans are helpless.

Errh guys -whatever happened to you ? How can you go n like this?

Someone’s salty about not being a winner

Let’s get Trump’s opinion about the Olympics. The guy who thinks exercising is bad for you.

Trump hates Paris and Macron especially after the ‘handshake’. Wouldn’t surprise me if he tries to strong-arm Bach into 2024 LA just to spite Macron and one-up Obama on getting the Olympics back to the USA after the failed Chicago bid.