EuroSport Will Broadcast Nordic Swim Tour Across Europe in 2019 & 2020 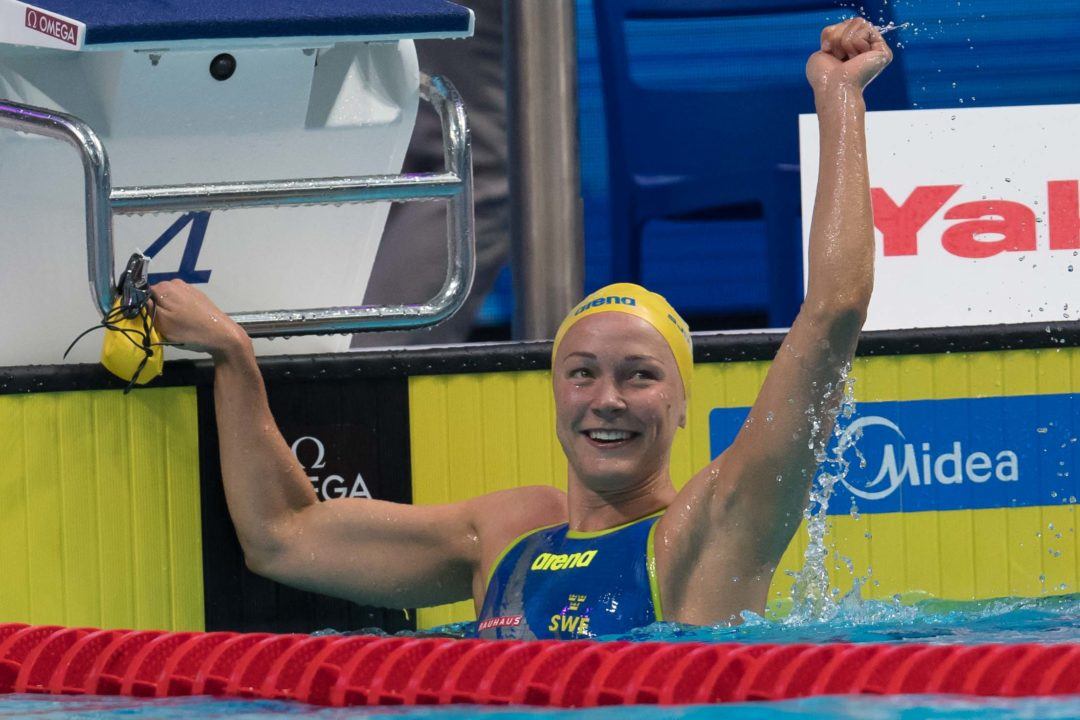 Sarah Sjostrom competed in both stops of the 'Nordic Tour' in 2018; next year the series will add a 3rd meet in Finland and a powerhouse television broadcast partner. Archive photo via Mike Lewis/Ola Vista Photography

A series of meets in northern Europe that, in combination, are known as the “Nordic Swim Tour,” just picked up a big new partner for 2019 and 2020. The meets’ official broadcasting partner, Spring Media, has signed an agreement to push the meets continent-wide in 2019 and 2020. EuroSport will show the meets across its territory in 39 countries with an overall reach of about 30 million households.

With the duet becoming a trio this year, and the added unification of a ‘series’ plus continent-wide television, the meets should provide an even bigger lure to Europe’s best swimmers as they prepare for the 2019 World Championships.

The new tour also comes with new prize money. Stockholm, the richest meet, will have a total amount of €64,000, while Bergen and Helsinki will offer about €25,000 each. The top performances across the tour in 12 different events will share €12,000.

The meet will continue to be available for “Pay on Demand” in other parts of the world, including the US.

“We are very happy and proud that we have now been able to sign an agreement with Eurosport for both the 2018 and 2019 competitions. This means a lot for the event and will make our competition even more attractive for both swimmers and sponsors while we are happy to spread swimming as sports to more people across Europe, ” says project manager Dennis Fredriksson.

“This is a very positive development of our Swim Open and Nordic Swim Tour concept. We have worked hard and put a lot of resources on strengthening our racing events in Swedish Simidrott, and it is gratifying to see that another step has been taken the way to one of Europe’s best swimming contest concepts, ” says Swedish Federal Minister Mikael Jansson.