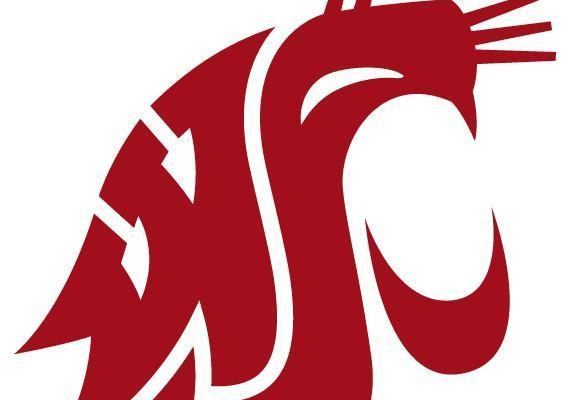 Fountaine came to Washington State this Fall with a best time of 1:52.46 in the 200 free, and set new personal bests no less than 6 times in that event through the Phill Hansel Invite in Houston on November 16th-18th. Stock photo via Washington State Athletics

Head Coach Matt Leach has found early success in his first season with the Washington State Cougars. Washington State freshman Keiana Fountaine is possibly the best example of this, having swum to a breakout season this Fall.

Fountaine came to Washington State this Fall with a best time of 1:52.46 in the 200 free, and set new personal bests no less than 6 times in that event through the Phill Hansel Invite in Houston on November 16th-18th. Here is a list of the progression of Fountaine’s 200 free this Fall:

As the list above shows, Fountaine’s progression has been pretty consistent this Fall, and she’s gone a best time nearly every time she’s swum the event. Her improvement in the 200 free this Fall totals 5.16 seconds. Her time coming into college ranked 2 seconds outside the Washington State all-time top 10, and her new best time of 1:47.30 now ranks 2nd in program history. You can find the WSU all-time top 10 here (times from this season have not been added yet).

Fountaine has had enormous success in the 100 free so far this season as well, breaking the Washington State program record at the Phill Hansel Invite. Fountaine came into college with a best time of 51.48, which she swam in May of this year. She has gone a best time 3 times so far this season, culminating in a 49.67 in finals at the Phill Hansel Invite. That time came in just under the previous WSU team record of 49.75, which was held by Nicole Proulx from 2015. Fountaine is now one of only 6 Cougars ever to break 50 seconds in the 100 free.  Fountaine has also dropped .35 seconds in the 50 free this Fall, improving from 23.78 to 23.43.

Here is a ‘Get To Know Keaina Fountaine’ interview from Washington State Athletics:

We reached out to head coach Matt Leach to get his thoughts on Fountaine’s success, and the success he’s seen with the team as a whole in the first few months at Washington State:

Q: What would you attribute Keiana Fountaine‘s rapid success in your program to?

Coach Leach: “Keiana’s success is due to a few different factors.  Her attitude is always upbeat, she is the person you want on your team, the person that will go out of her way to smile at you and say hello.  She even puts up motivational sticky notes!  She is a person you build a team around and we want her to continue to work on building her teammates up.  The second thing Keiana does very well is listen and I feel like she is able to process information in the pool and weight room to make changes quickly.  Thirdly Keiana is talented with a strong work ethic so you put those two aspects together, you get someone that will continue to improve.  Also, she comes from a great club team that has developed a great person and has left room to grow as a swimmer.  She comes from a great family that supports her and WSU to the fullest.  She comes from an athletic family so it helps that it is in her DNA.  She hasn’t lifted yet, so this is her first year lifting and she improves each day she is in the weight room.  Keiana is a lot of fun to work with and our staff enjoys her and everyone associated with WSU Swimming”.

Q: What has the general training plan been?

Coach Leach: “The general training plan is much different than last year.  This is our staff’s first year here at Washington State University.  We were previously at Indiana State University.  We try and focus primarily on education/technique early on in the season as we build a solid aerobic base outside of the pool (first 5 weeks), then we transition into 2-3 week cycles primarily focused on kicking while we split into stroke specific and distance specific groups which all depends on the cycle we are in.  Some of these cycles are distance specific, stroke specific, IM specific (long IM, Short IM, Non-IM) and then we go into a speed phase as we get closer to our mid-season meet”.

In addition to Keiana Fountaine‘s 2 swims that landed in the all-time top 10, there were 9 other swims that cracked the top 10 at their mid-season invite. Here is a list of those 9 races:

It’s good to see how a new coaching staff can make a difference. The swimming community of Washington appreciates having a solid D1 program here.

Matt and Mike too!

“We try and focus primarily on education/technique early on in the season.” It’s great to see so many up and coming coaches subscribing to new ideas and designing seasons that make sense, instead of the tired idea of starting the season with large volumes of swimming.

I don’t think this is a new idea at all

I agree with you dude. lol not new

Not a new idea? How about just a good idea that works. Best wishes to Matt Leach. I’m happy the program is off to a good start with surprise successes early in the year.