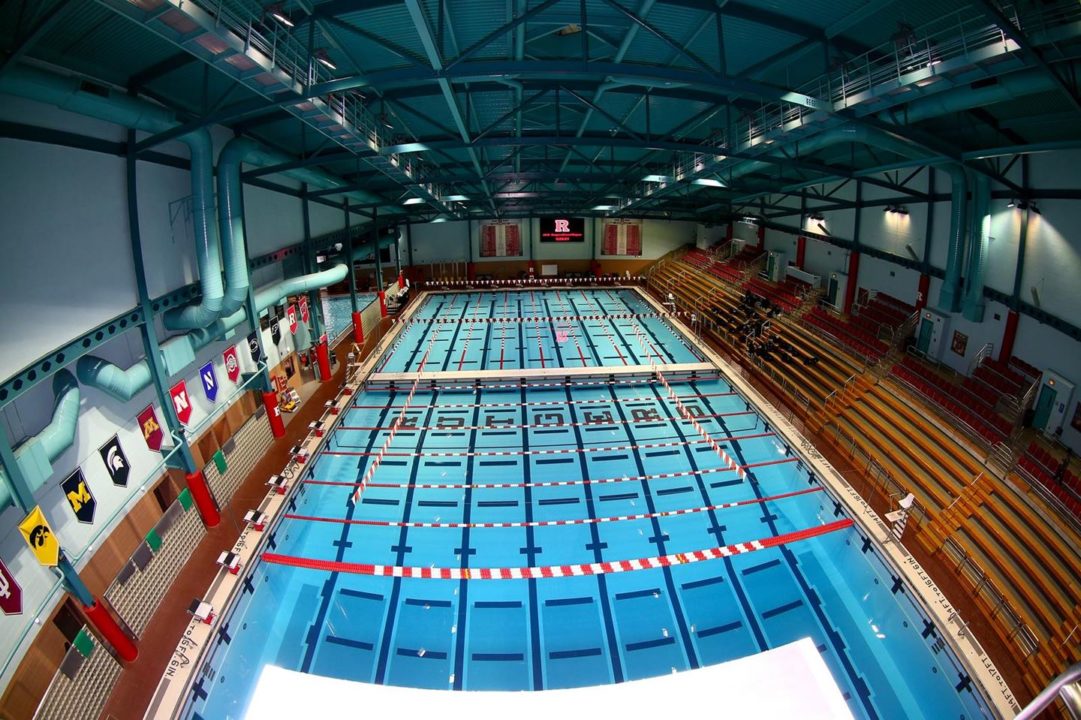 Elizaveta Ryndych will not compete on the Rutgers women’s swimming and diving team this season after voluntarily removing herself from the roster.

Ryndych is currently serving a two-year suspension by the Russian Anti-Doping Association (RUSADA).

A school spokesperson informed SwimSwam that she voluntarily removed herself from the roster on Tuesday afternoon after an earlier edition of this story published regarding how Ryndych was still listed on the roster despite the suspension.

Ryndych is still enrolled at the university and attending classes.

Ryndych was dealt the punishment in March, although it was backdated to June of 2021. When the news came out, Rutgers officials said they were reviewing the matter alongside the Big Ten, but they haven’t provided any updates since, in spite of several requests.

The NCAA is not a World Anti-Doping Agency (WADA) signatory, so doping suspensions based on WADA rules do not necessarily impact NCAA eligibility. The NCAA has its own testing program and protocols, though the presence of a banned substance and/or metabolite is still done by WADA-accredited laboratories.

RUSADA provided limited details about the reasons behind Ryndych’s suspension, citing section 4.4 of the All-Russian Anti-Doping Rules. That section references Therapeutic Use Exemptions (TUEs), which allow athletes to take certain banned substances when it is medically necessary.

RUSADA itself can only provide TUEs for the national level; outside of that, it would be up to the international governing body (FINA) to issue them. The citation of section 4.4 often means that an athlete failed to obtain proper TUE paperwork for a substance that was prescribed legitimately by a doctor and deemed medically necessary.

Ryndych was one of three Russian swimmers on the Rutgers roster prior to her removal.

Russia is currently under sanction from WADA for its coverup of anti-doping rules violations and for limiting access to data and laboratories by WADA investigators.

There are few relevant examples of collegiate swimmers who have been suspended by an international governing body during their NCAA careers.

In January, Minnesota State hockey player Dryden McKay tested positive for a banned substance, but his suspension was lifted by an independent sports arbitrator the following month after the source of contamination was established. McKay went on to lead Minnesota State to its first national championship game while winning the Hobey Baker Award honoring the top college hockey player in the country. His six-month suspension was reinstated by the United States Anti-Doping Agency (USADA) after the season ended.

Just checked their website she is not on the roster.

I thought Tarasevich at Louisville was in a similar situation but can’t remember exactly.

Tarasevich was never suspended. That’s why he was still eligible for ISL. He was just given a ‘warning.’ He was one of those athletes who tested positive where authorities accepted that the ban of the substance was announced too late for the drug to fully clear their systems.

Just because this often gets confused – Maria Sharapova probably would have been part of that group, but she admitted to taking the substance after the January 1 deadline when it was banned. She said she didn’t know that it was banned.

With $450,000 of tax payer money being spent on DoorDash for Rutgers Football, who really expects the school to be ethical?