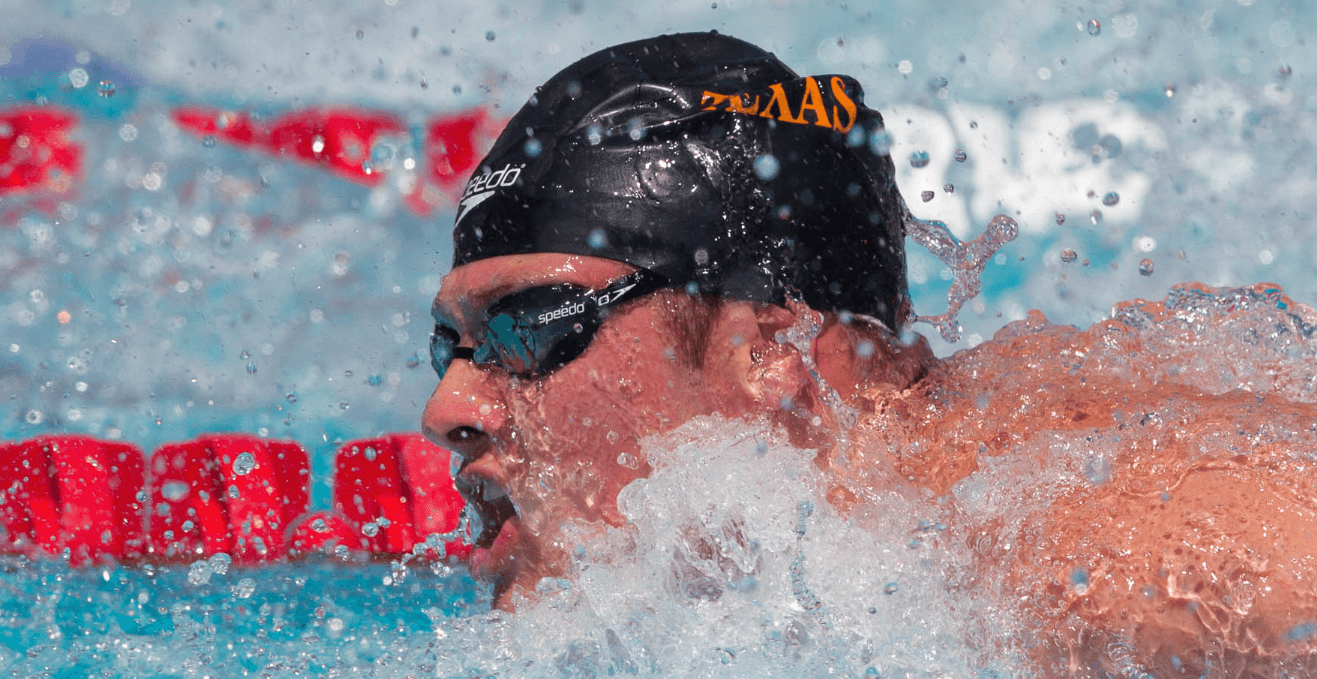 Yesterday’s training session for the University of Texas men was essentially one big test set, known as The Eddie Reese Invite. The collection of events range from sprints to mega-distance, as this year’s edition included the following:

Times being reported from the Longhorns’ Twitter account were certainly eye-popping across the board, beginning with junior Clark Smith‘s remarkably consistent 2000 freestyle.  With a total time of 17:44.39, Smith reportedly split an even 8:52/8:52, with every 50 being clocked at either 26.5 or 26.6, save his first and final 50s. Of the swim, Coach Reese commented, “It gave me chills. And, I’m definitely too old for chills.”

As the grand finale, Conger and Schooling went head-to-head in a 50y butterfly showdown, whose video is shown below.  Final times? As two of the NCAA’s top butterflyers, it was a frenzied finish to the wall, as one would expect. Conger wound up on top with a time of 20.71, while Schooling touched in 20.86.

Are you guys going to post another HMM for this? I would live to see it up