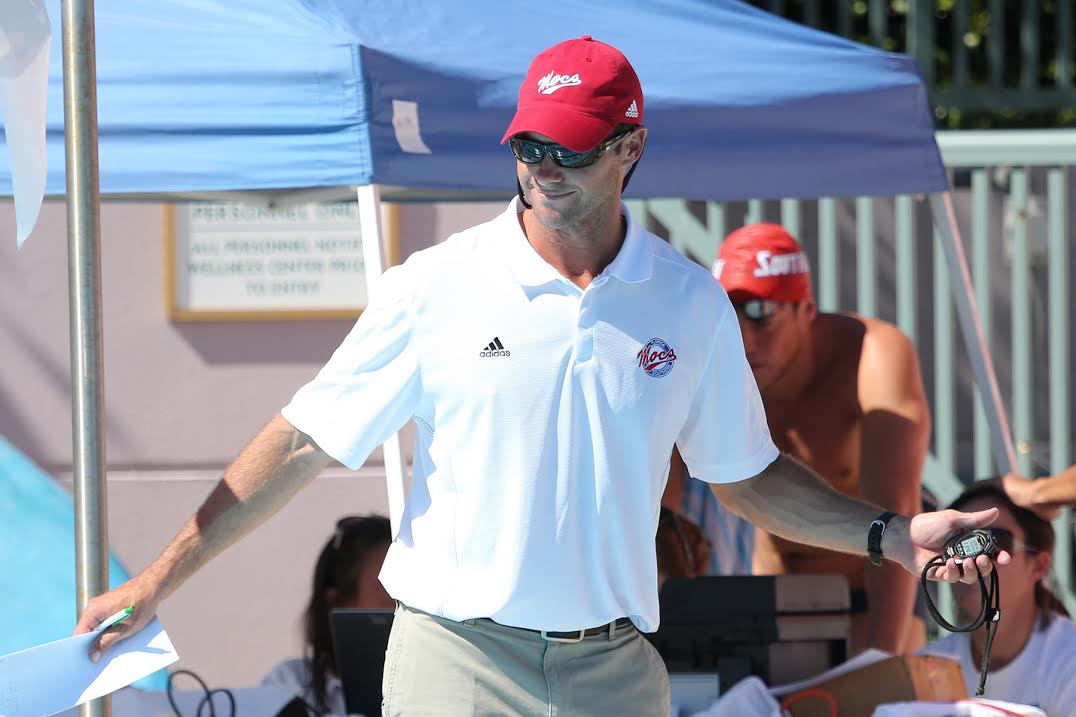 “I am excited to join Coach DeSelm’s staff and the UNC community. UNC has a great tradition in the sport of swimming,” says Sherrard.  “I’m looking forward to working with the student-athletes and continuing to build upon the excellence that is already here. My wife Diane, my kids and myself are excited to be a part of the Tar Heel family.”

Sherrard, who earned a Bachelor of Arts degree in history from Florida in 2002 and a M.Ed. in educational leadership and higher education administration from Florida Atlantic in 2009, has been the head coach at Florida Southern in Lakeland since 2009.  Simultaneously, he has served as the owner and head swim coach at Lakeland Area Swimming.  Prior to going to FSC, he was an assistant swimming coach at Indian River State College in Ft. Pierce, Fla., from 2006-09.

“Our team members and coaches are extremely excited to have Duncan join our staff at UNC. I have known Duncan and his wife, Diane, since they were swimmers at Florida when I joined the coaching staff there in 2000. Duncan was a hard worker and tough racer as a swimmer and he has transferred those personal qualities into his coaching,” says Coach DeSelm.  “As a coach, Duncan has proven that he can lead, motivate and coach swimmers to improvements, championships and great careers. His head coaching experience will enhance our efforts in administration, recruiting, coaching and nurturing our team members here in Chapel Hill.”

Sherrard comes to Chapel Hill after a distinguished tenure at Florida Southern where he was named the Sunshine State Conference Men’s Coach of the Year three times.  He led the Moccasins to Sunshine State Conference titles each of his last three years there (2013-15).  In both 2013 and 2014, Florida Southern finished as the NCAA Division II runner-up after grabbing third place in 2012.  His women’s team also excelled as the women finished in the Top 10 of the NCAA Division II Championships four years in a row from 2011-14 while the men were in the Top 10 five successive seasons (2011-15).

The team broke NCAA Division II records in two individual events and three relays.  Sherrard also coached student-athletes to the 2012 Olympic Games and to the 2011 and 2013 FINA World Championships. FSC was also honored with a pair of Elite 89 winners at the 2012 women’s and 2013 men’s NCAA Division II Championships, given to the student-athletes competing at the meet with the highest grade point averages.

Sherrard’s tutelage at Indian River State was also key to the teams’ success there as they won the 2007 and 2008 women’s and men’s National Junior College Athletic Association crowns.  Over two years, the school produced 76 national championship swimmer and established 29 national records.

Sherrard also served as head coach for Buchholz High School in Gainesville from 2004-06 and was an age group swim coach with Gator Swim Club from 2002-05.

He was a decorated collegiate swimmer at Florida where he swam from 1998-2002.  He was a 14-time NCAA All-America his final three years and was named Southeastern Conference first-team selection each of those seasons.  He captained the Gators as a senior in 2001-02.

Great hire for UNC. Duncan is First Class all the way. UNC just got a lot better!