Drexel Kicks Off 2019-20 Season with Sweep of La Salle 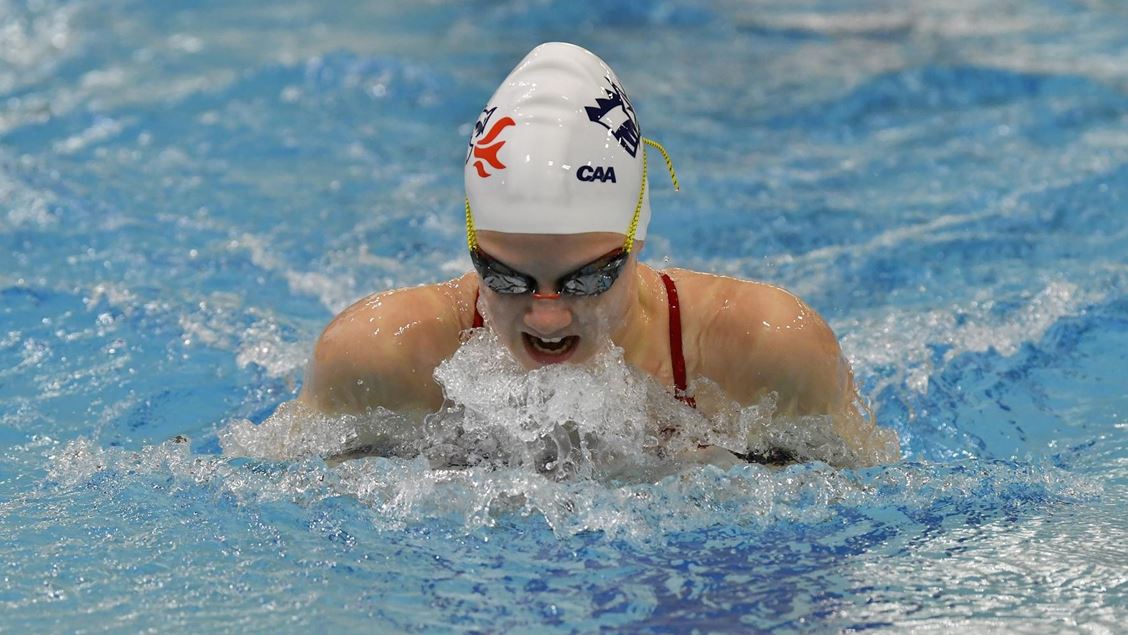 Drexel men's and women's swimming and diving started off the 2019-20 season on the right foot with a sweep of city rival La Salle. Current photo via Drexel Athletics, Greg Carroccio/Sideline Photos

PHILADELPHIA – Drexel men’s and women’s swimming and diving started off the 2019-20 season on the right foot with a sweep of city rival La Salle. The women’s team nearly doubled up the Explorers, 194.5-99.5, while the men enjoyed a 180-117 victory.

“Tonight was a great first step towards our ultimate goals at he end of the year,” head swimming coach Adam Braun said. “I am really happy with the energy and effort from the entire team. I am also looking forward to seeing how the team responds tomorrow as we travel to Seton Hall, who has been racing well this year.”

Friday started with a pair of wins in the 200 medley relay. The team of Alexa Kutch, Megan Sicinski, Lera Nasedkina and Alicia Diaz combined for a time of 1:45.62. On the men’s side, Jason Arthur, Zachary Valenzuela, Paris Raptis and John Scully clocked in at 1:32.51.

Kutch swept both backstroke events to up her win total to three. She touched the wall at 56.59 in the 100 back as the Dragons finished first through third in the event. In the 200 back, she won with nearly a full second to spare – finishing at 2:03.67.

Sicinski added a second win in the 200 breast, edging out teammate Gabrielle Rudy with a time of 2:21.36. Drexel had the top-three placers in the race.

In her Drexel debut, Nasedkina tied for first in the 100 fly. She and Emily Wolbert touched the wall at 59.35.

Valenzuela added two wins in the breaststroke. He won the 200 breast with nearly three seconds to spare, turning in a time of 2:07.88. He also cruised to victory in the 100 breast, touching the wall at 57.92.

Scully edged out teammate Kiran Richardson to win the 50 free. The Horsham, Pa. native turned in a time of 21.25 to best Richardson’s mark of 21.28.

Including Nasedkina, four Drexel debutants won events in their first meet for the Dragons. Ryann Styer topped Nasedkina in the 50 free, winning the event with a time of 24.51. A pair of freshmen, Maddie Riley and Jake McBride, won two events apiece.

Not to be outdone by the youngbloods, Stathis Malamas swept his freestyle events. The senior won the 200 free by over a minute, finishing at 1:41.67. The 100 free would be closer, but Malamas still emerged the victor with a time of 45.98.

Rudy took first place in the 100 breast with a time of 1:04.06 as the Dragons finished first, second and third in the race.

On the boards, Becca Demaree claimed first place by a razor-thin margin. Demaree scored a 268.88, just .23 points ahead of second place.

The Dragons face a quick turnaround as they compete at Seton Hall on Saturday at 1 p.m.

PHILADELPHIA – After a few weeks of practice in between meets, men’s swimming and diving was back in the pool on Friday against City 6 rivals Drexel. The Explorers fell to the Dragons 180-117.

Another early-season test awaits La Salle next weekend as they take the trip to Ohio for the Atlantic 10 Classic.

Women’s swimming and diving was back in action on Friday, falling to Drexel 194.5-99.5. There were a few top swims for the women, including three first-place finishes.

The Explorers will get a true barometer of where they’re at this early in the season as they head to Geneva, Ohio next weekend for the Atlantic 10 Classic.