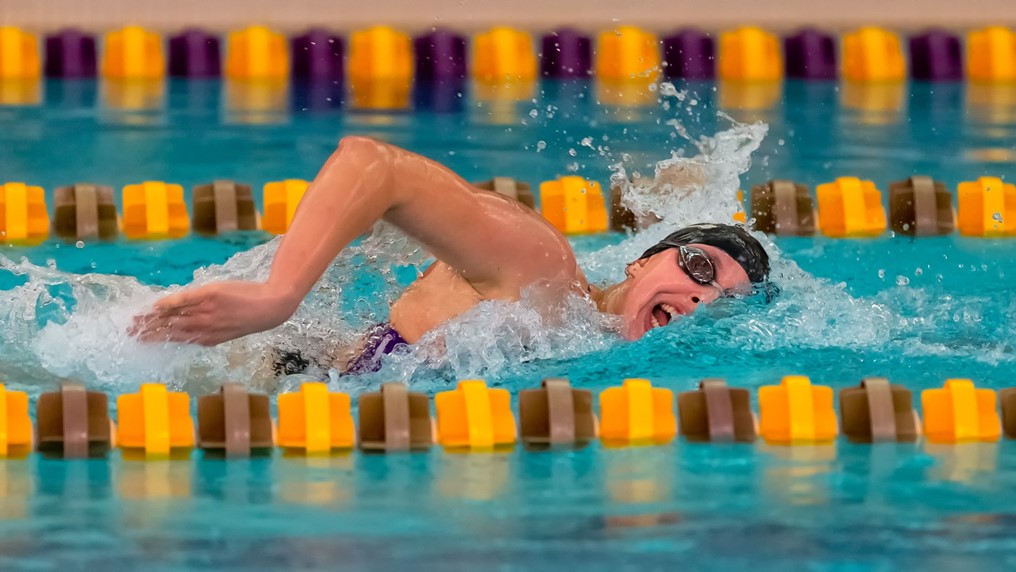 GREENVILLE, N.C. — The East Carolina swimming and diving teams swept a dual meet from rival UNCW at Minges Natatorium Friday. The Pirates’ men posted a 199-96 victory, while the ladies recorded a 192-102 win as the teams recorded their fourth and fifth consecutive triumphs, respectively.

ECU won 30 of 32 events overall with the Pirates’ men’s team claiming first-place in all 16 events after opening the meet by setting a Minges Natatorium record in the 200 medley relay with a time of 1:29.69.

Lyubomir Epitropov, also a member of the record-setting relay squad, was another multi-event winner on the men’s side, placing first in the 100 and 200-yard breaststroke. He finished 0.59 seconds ahead of teammate Ben Gingher in the 100 and 1.3 seconds in front of fellow Pirate Jacek Arentewicz.

Senior Greg Popovic finished less than a second ahead of teammate Ethan Knorr to win the 1000-yard freestyle and edged classmate Blaz Demsar by 0.53 seconds to claim victory in the 500-yard freestyle.

Freshman Jodi Ogle led the women’s team by duplicating Osina’s performance. She was a part of the winning 200-yard medley relay team and recorded individual wins in the 100 and 200-yard backstroke in addition to the 200-yard IM.

Ogle started the meet by swimming the leadoff leg in the 200-yard medley relay.

Sophomore Shannon Stott swept the butterfly events, first winning the 200 by 3.94 seconds over teammate Victoria Gillet and the 100 by 1.80 seconds over UNCW’s Fath Pilcher.

ECU’s Rodrigo Romero and Silvia Alessio each won the one and three-meter diving events. Romero established a new facility record on the three-meter springboard.

The Pirates return to action Nov. 6 – 9 at the TYR Pro Series in Greensboro.

GREENVILLE, N.C. – Junior Evan Arsenault won the 50 and 100 Freestyles to highlight UNCW effort on Friday as East Carolina swept the Seahawks in swimming and diving action at Minges Natatorium.

UNCW added a pair of wins in the 200 IM with Abby Hawkes winning the women’s race and Mitch Curlee finishing on top in the men’s.

The Seahawks also captured both 400 Free Relays to close out the meet.

The Seahawks next compete at the Colonial Athletic Association pod meet on Nov. 2-3, hosted by James Madison.