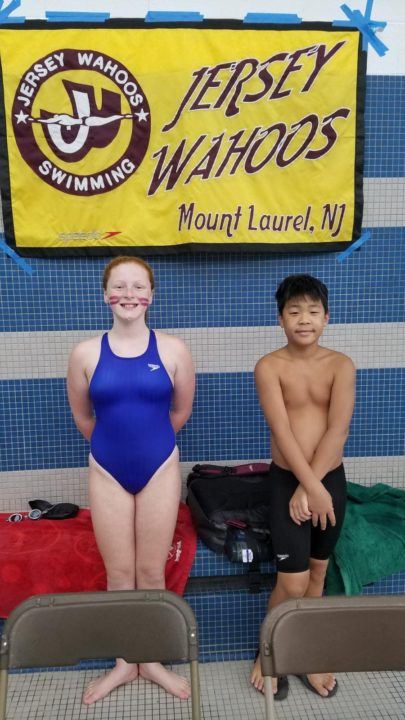 Jersey Wahoos announced the appointment of Paul Donovan as their new Director of Competitive Swimming, making him responsible leading and delivering the complete Wahoo program from lessons to the Senior National group. Current photo via Jersey Wahoos

Jersey Wahoos are pleased to announce the appointment of Paul Donovan as our new Director of Competitive Swimming.  In this role Donovan will have responsibility for leading and delivering the complete Wahoo program from lessons to the Senior National group.

Donovan’s immediate background is in performance swimming, having worked as the Head Coach at the National Aquatic Centre Performance Centre for Swim Ireland for eight seasons. During that time athletes under his direct supervision represented Ireland at every level of the sport, including Shane Ryan (Rio Olympic semi-finalist), Barry Murphy (London Olympian, European Bronze medalist 2013) & countless others who broke more than 50 Irish Records during that time and won more than 100 National titles. Donovan himself lead Irish teams to international meets during this time and travelled to competitions across the world on the Junior, European and World stage.  His background is in club swimming having been the Head Coach in Trojan SC (Dublin), previously serving at all levels in the club from 10 & unders all the way up to producing athletes representing Ireland on the World stage. In between these two roles Donovan spent the 2007/2008 season as a Volunteer Assistant at the University of Florida under 2012 Olympic Head Coach Gregg Troy.

Commenting on his appointment Donovan said,

I am delighted to accept this opportunity with the Jersey Wahoos. It is a program with a strong tradition at the national level, but one that also plays a key role in offering opportunities in the community to be part of the sport.  This combination makes the Wahoos an ideal place to create an environment where success is inevitable.  I have been blown away with the energy and passion the current coaches have for the athletes and I am looking forward to working with them all to deliver a program that allows the athletes the opportunity to be the very best that they can be.

Since 1973, the Jersey Wahoos have played a leading role in developing and inspiring athletes in South Jersey and the region.  In addition to being one of the dominant teams in the Middle Atlantic LSC, our swimmers also play a prominent role in summer league, high school, and at the regional and national level as well.  Many of our graduates move on to collegiate swimming where they have competed at the NCAA championships, the Olympic Trials, and a few have even competed internationally all the way to the pinnacle of our sport…the USA Olympic Team.

What happened to Dave Durden?