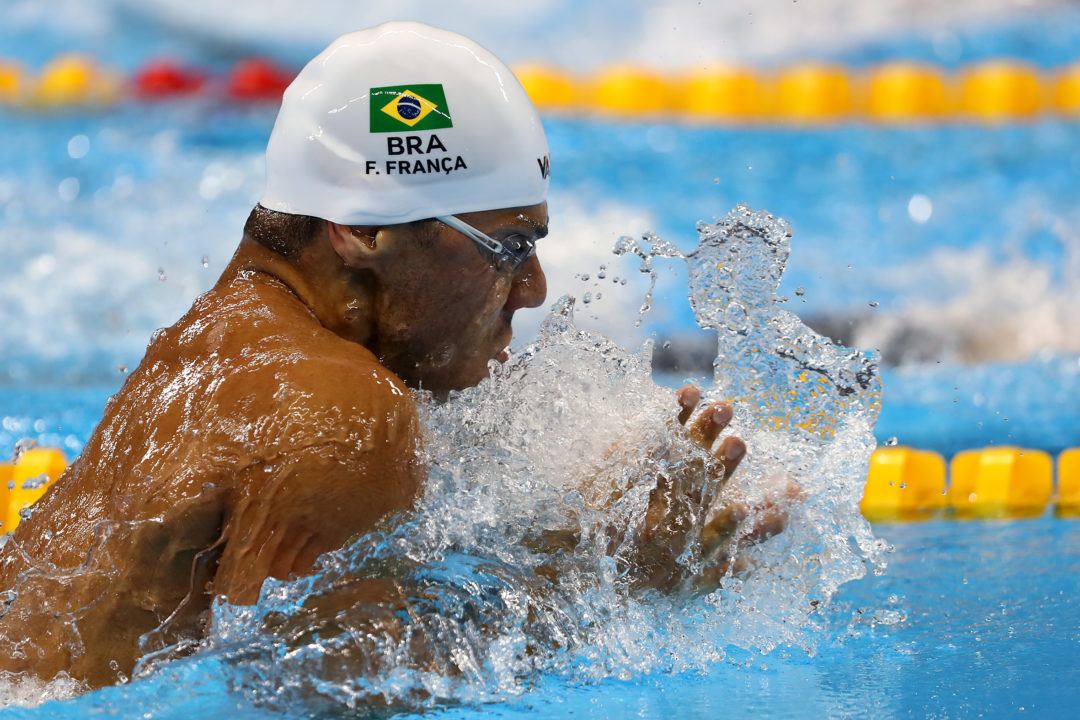 As of April 2009, no man had been under 27 in the 50 breast. On May 8, Brazil's Felipe Franca opened a floodgate that hasn't been shut in the 11 years since. Archive photo via Satiro Sodre/SS Press

Swimming at Brazil’s Maria Lenk Trophy meet, Franca busted a 26.89, taking two tenths of a second off a world record that had been set just a month earlier. South African Cameron van der Burgh was 27.06, but before that, the world record hadn’t dropped in almost seven years.

After Franca’s barrer-breaking swim, the world record would drop twice again in July (courtesy of van der Burgh at the World Championships) before Adam Peaty‘s 2014 rise. Peaty has now become the first to break 26 seconds, and since Fanca’s big swim, at least 25 other men have broken 27 seconds in the event. Franca would cut to 26.7 by the end of 2009, and still sits #9 on the all-time list.

But the 50 breaststroke has improved by leaps and bounds since Franca showed how possible a 26-second swim was.  The top 25 performances in history all come from 2015 or later. But it was Franca in the super-suit era that opened that 25-and-26 floodgate for the sprint breaststrokers of the world.