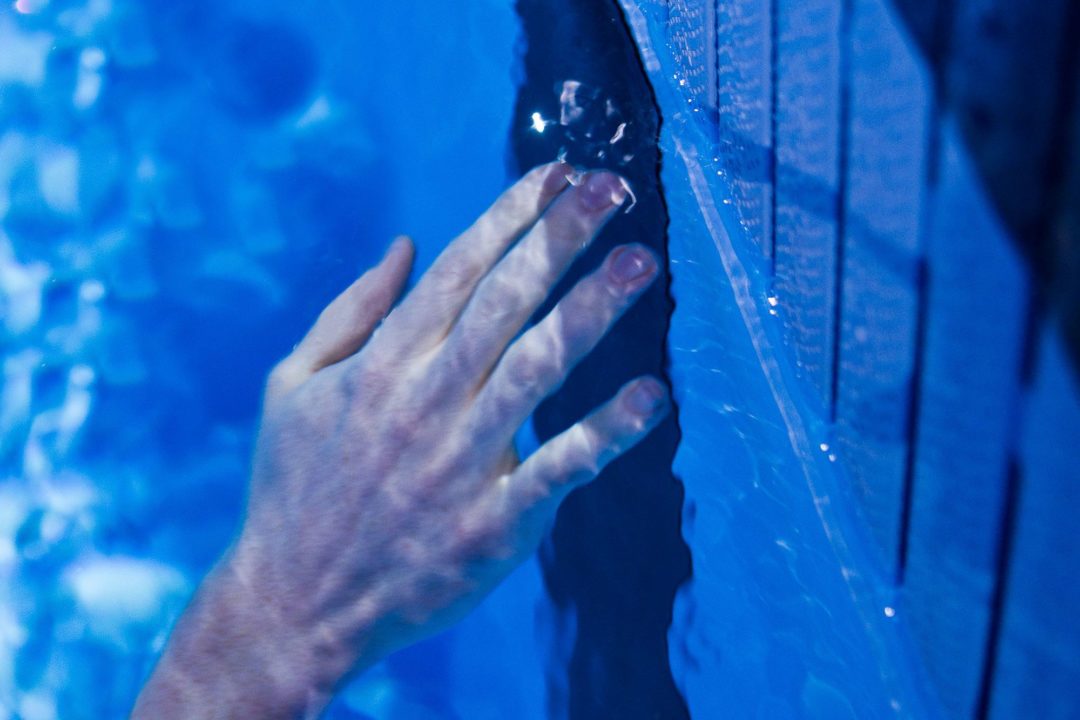 The NCAA A cuts suddenly got super fast; what's up with that and what does it mean for Division III nationals this year? photo via Tim Binning/TheSwimPictures.com

Division III time standards underwent a pretty hefty drop from the 12-13 season to this one. Some folks are outraged, and some are still scratching their heads. So let’s put this down nicely- here’s what’s up in DIII.

For any newbies out there, NCAA time standards are the qualifications to make the Big Meet at the end of the year. These standards are in two sets – the automatic A qualification and the provisional B. An A cut guarantees entry to the meet, regardless of how many individuals make the qualification time. In the past, some events at Nationals have filled beyond capacity, gorged on A cuts – examples like the men’s 200 fly last year, or the women’s 100 back a few years ago. These events throw the meet out of whack.

From the Coaches
The super A cuts are supposed to help prevent that by making an A cut a far more difficult accomplishment to achieve. The biggest alteration from a coaching standpoint is training. The original function of an A cut from a coach’s viewpoint was to assure an athlete’s place on the National squad, thereby allowing a coach to train that particular athlete exclusively for the NCAA meet, skipping any shave/taper meets to have everything saved up for The Big One. However, since the A cuts have altered so drastically, they no longer serve that purpose, and in effect are – from a coaching perspective – useless. Maybe one or two athletes will make the A standards, but those athletes would have qualified anyway, and are going to be trained for Nationals regardless.

From the Viewers
To some minds, the only benefit of the super A cuts is the same benefit as could be had by simply doing away with them, as the relay A cuts were done away with. With super fast A cuts, the probability of the meet being skewed by overfilled events is drastically reduced. That’s part of the reason the A cuts were gotten rid of, too – to remove the excess of relay only swimmers at the meet preventing individuals who otherwise would have qualified from making a berth on the NCAA team. In this effect, is there any use for the A cuts in individual events at all? If you average the difference in time between the national record and the A cut on the men’s side, the difference is less than a second. On the women’s side, two seconds even. At this point, if you make an A cut, you might as well reset the national record in the process!

From the Athletes
As an athlete myself, I know I saw the A cut drops each successive year as a challenge to be met rather than an impossibility, and I knew many other athletes who felt the same. The ability to make an A cut also affords a sense of security for athletes – the knowledge that your ticket to the Big Meet is effectively punched and no matter how many other qualify either before or after, your spot is secure. I always waited until I had an A cut before writing home to tell my parents that NCAAs that year was a go. Under both scenarios – removal of A cuts or their continued existence as an average of the past three national championship times – that assurance is virtually null.

From DIII
So what’s the benefit of these super A times for DIII? Well, for one thing, recruits look at things like A and B cuts to see where they might fall in a division at the national level. With times as fast as the 13-14 NCAA cuts, DIII will gain attention from athletes who may have only been nominally entertaining those thoughts previously. The choice now rests between being a conference contender at some DI school or a competitor on the national scale in DIII. If athletes from mid-majors are looking for an educational focus as well as excellent swimming, DIII is the clear way to go. And as these athletes filter down, DIII an – and probably will – just keep getting faster.

Nice summary….from my point of view the benefits of avoiding event skewing as in last season is worth the change.

Given the size/funding restrictions on the meet, I like the move (the D1 model for the championship will not work at the D3 level). Yes the A cuts are worthless, but I don’t really care. You want the best swimmers in each event. If guys and gals are looking for an idea of what will get taken, they can refer to either the cut off time from the previous year as a general guide, or the A/B final cut offs.

As I read this post, I easily substituted DII for DIII and the points of discussion are exactly the same.