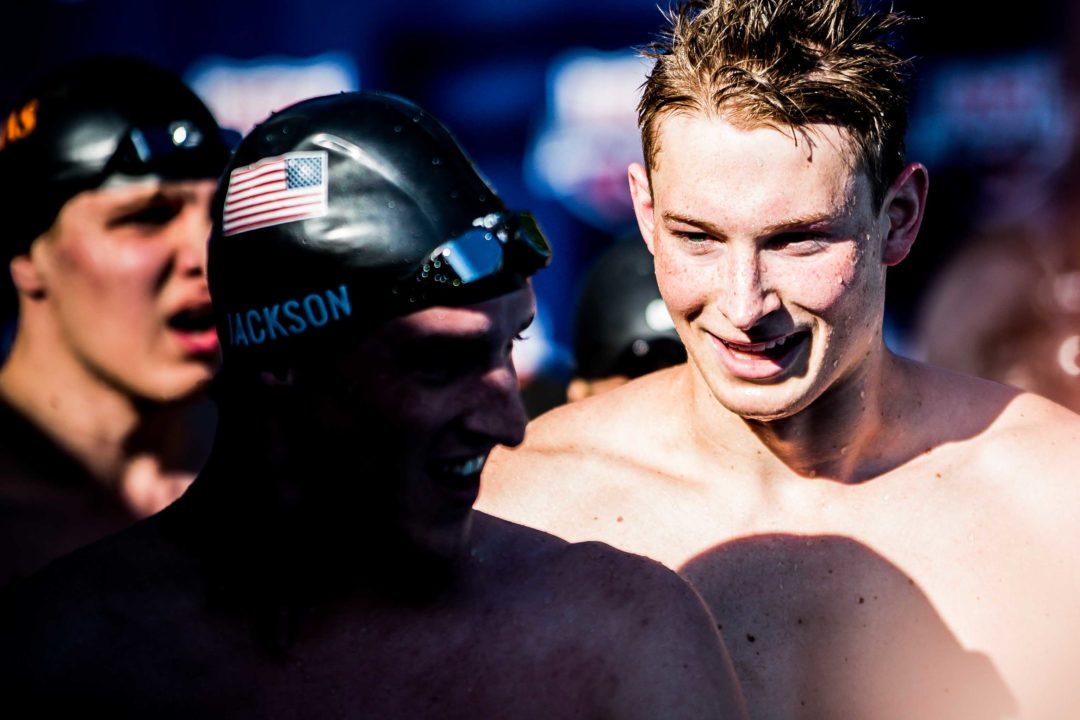 Shaine Casas had the swim of his life tonight, winning the 100 backstroke in 52.72, becoming the 7th-fastest American all-time in the race, and the 5th-fastest in the world this year.

Casas was explosive off the blocks and flipped in a 25.29, just .16 above World Record pace. Casas did not have the same back-end speed to match the World Record, but it didn’t matter as he won the race by over a second, taking down World University Games silver medalist Yohann Ndoye Brouard, and rising American Clark Beach.

Wishing him all the best ….he is learning a lot in long course , so that will help him a lot for the next 11 months of training for the OT next year .

Saving himself for the Olympic trials, WR in every event next year 👍

He supposedly wasnt fully shaved or tapered for WUGS…

Correct- he only shaved his face, right leg, pinky fingers, and left nipple.