Day 1 Roundup: What are the Fans Saying on Social Media? 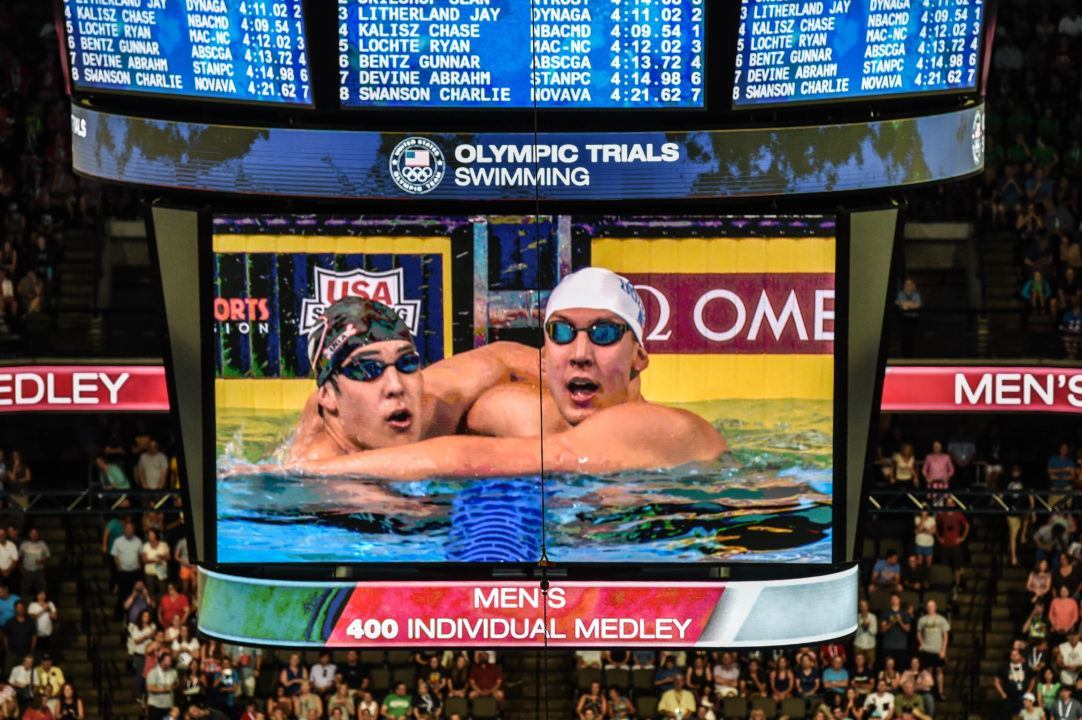 Fans, coaches, swimmers, and parents shared their thoughts on social media on Day 1 of swimming at the 2020 Olympics. Archive photo via Mike Lewis/Ola Vista Photography

We took to social media on Day 1 of the 2020 Tokyo Olympic Games to see what the world had to say about swimming.

Olympic swimming is the best. That’s it. That’s the tweet.

The American men opened the finals session by going 1-2 in the 400 IM. Chase Kalisz won gold and Jay Litherland came in right behind to pick up the silver medal. Needless to say, Sports Illustrated journalist Pat Forde was impressed. He is also the father of Team USA member Brooke Forde.

Chase Kalisz, dominant. Wins America's first medal of these Olympics, and it's gold. And Litherland closes for silver. WOW.

Rowdy Gaines shared his excitement on social media, sending out a photo of the commentators for the first finals session of the meet. He was joined by NBC’s Dan Hicks and 400 IM record-holder Michael Phelps.

Zach Harting is going into the meet with a positive mindset. He lets his Twitter followers know that he is ready to get in the water and blast some fast times.

Ppl ask if I'm nervous… So far no, I haven't felt any nerves since Trials. What I AM feeling is excited to race… Especially here. Let's go throw down a fast time and see how many times they'll let me loose. #Olympics #InsideScoop #Mindset #MentalGame

First Lady Jill Biden has been making her rounds at various sporting events. She made sure to stop at the Olympic Aquatic Centre and joined Team USA in a cheer across the pool.

Back at you @USASwimming!

Some fans such as Sean Clements pointed out that swimming is a unique sport that makes little to no sense to the rest of the population.

Hot Take: it’s insane that there are multiple swimming strokes in the olympics. If people ran around the track backwards to see who was the fastest backwards runner we’d think it was stupid.

As a swimming historian, I say with 100% confidence that Michael Phelps would not have been able to survive in the physical 80's & 90's era of swimming, which is when sharks were thrown into the water mid-race to bite & attack swimmers.

And of course, it wouldn’t be a high-level meet without at least one joke about the level of difficulty to put a tech suit on.

I call shenanigans. Most of these tweets are from the establishment, not fans. The fans were busy complaining about NBC.

That Australians are a bunch of chokers

Be nice if NBC actually showed the races!