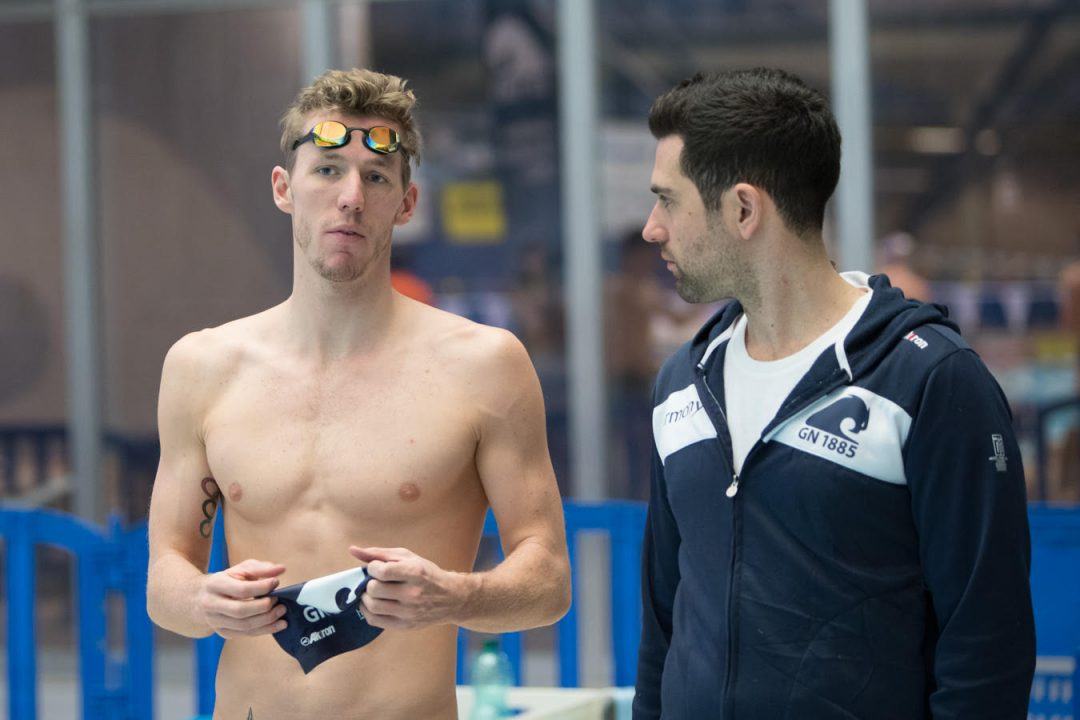 The 2nd day of the 50th edition of the Geneva International Challenge saw Laszlo Cseh add a second butterfly win to his tally.

In the women’s sprint fly, Italy’s Elena Gemo was the winner in 26.95, coming back from just a 6th-place finish in the 100. Sasha Touretski, the defending champion and Meet Record holder took 2nd in 27.09 – .35 seconds slower than she was last year. Elena di Liddo, who won the 100 a day earlier, took 3rd.

In the men’s 200 IM, Jeremy Desplanches of the home team pulled off the upset of the meet so far when he beat Cseh by nearly 3 seconds. Desplanches finished 1st in 2:00.59 to a 2:03.52 from Cseh. The two were fairly even through 150 meters, but in perhaps a sign of the post-Olympic recovery for the 31-year old Cseh as compared to the 22-year old Desplanches, Desplanches was 2.3 seconds better over the final 50 meters than was Cseh.

The meet will wrap with a 3rd and final day of action on Sunday.