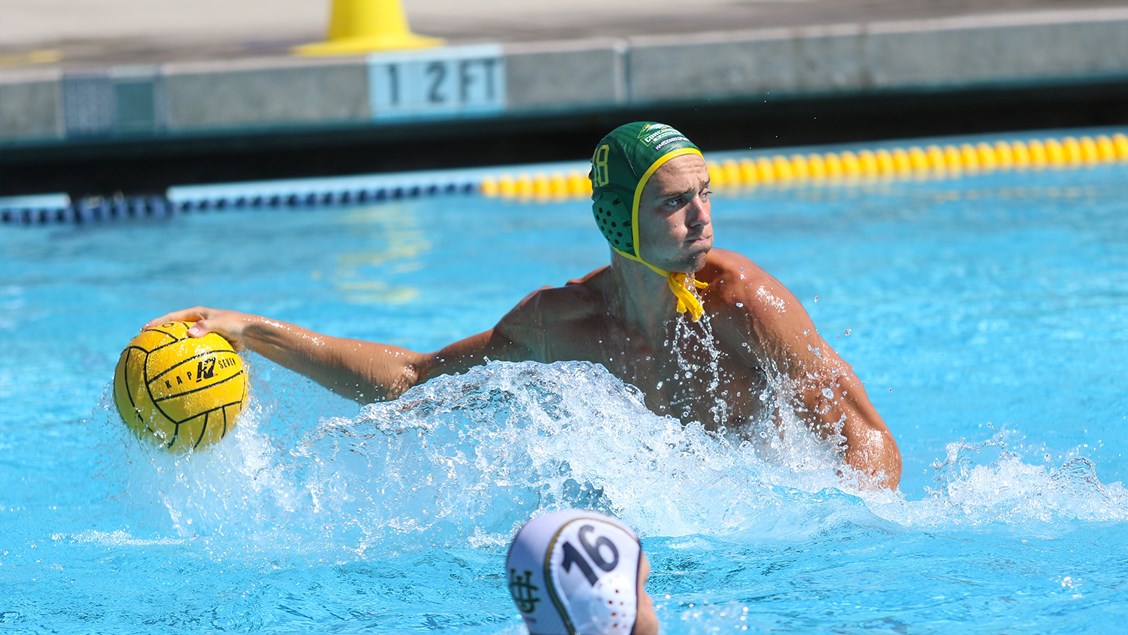 Concordia Irvine’s Marius Jakimcikas put in nine goals in the Eagles’ 22-15 win over La Verne, setting the school season record for goals with 56. Jakimcikas surpassed Angel Rojas’ 50 goal haul from 2017 in that game and then tacked on seven more scores in a 19-8 win over Occidental on Saturday and two in a 13-11 loss to Navy.

Meanwhile Patrik Zsiros also had a record weekend for the Eagles, putting in four goals in a 20-11 win over McKendree and hat tricks vs. La Verne and Occidental. The tallies gave Zsiros the school record for career goals (110), passing Spencer Hosch (103 from 2015-17).

Miller-Tolt also registered a six-goal outing in the Rams’ 13-8 win over the Redlands.

In addition to 63 efforts of four or more goals, Week 5 saw players turn in 98 hat tricks.

Below are the top performers by conference.

Player of the Week: N/A

Player of the Week: Isaac Salinas, Navy – Put in a team-high 19 goals across give games, scoring at least three goals in each contest; notched five scores, including the game winner,  in a 13-12 win over Air Force; registered hat tricks in a 19-11 win over Chapman, 13-11 win over Redlands and a 16-9 loss to #10 Loyola Marymount; added five goals in a 13-11 win vs. Concordia.

Newcomer of the Week: Adrian Weinberg, Cal – Made 12 saves on the 20 shots he faced in a 10-8 overtime win vs. San Jose State

Defensive Player of the Week: Antonio Knez, Princeton – Registered 16 saves in a 12-9 win over Bron; added 13 stops in a 9-8 overtime win over MIT

Rookie of the Week: Dominick Hevesi, St. Francis Brooklyn – Scored 15 goals and added four assists; put in two goals vs. Iona; notched three scores and an assist vs. MIT; found the back of the net six times and added two assists vs. Brown; wrapped up the week with a four-goal effort to go with an assist vs. Harvard

Offensive Athlete of the Week: Cooper Krause, Redlands – Netted 12 goals, making 54.5 of his shot attempts; drew four exclusions and a steal; put in four goals in a 17-11 win over McKendree and added a hat trick in a 14-11 win over Johns Hopkins.

Player of the Week: Ryan Werner, Santa Clara – Tallied 13 goals and three assists as the Broncos went 4-0 at the Gary Troyer Tournament; put in four goals in a 13-11 win over Wagner; added four more in a 17-12 win over La Verne; notched four scores in an 18-10 win over Occidental.