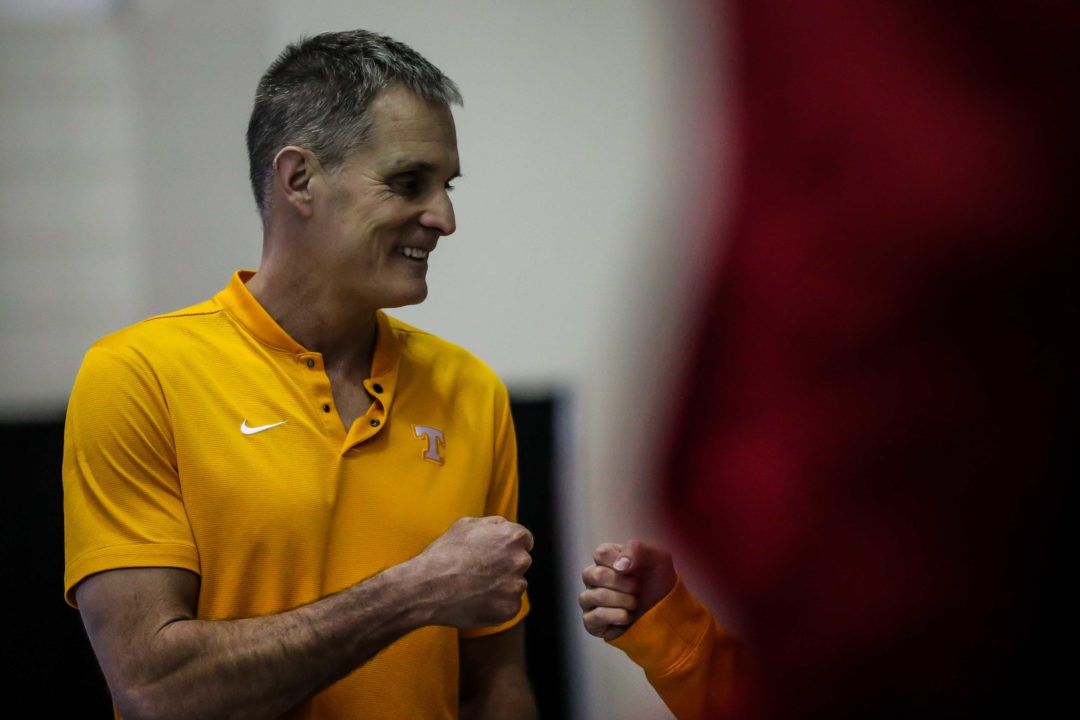 Tennessee has reloaded dramatically, with 9 swimmers currently projected to score NCAA points. All five of the Volunteer relays rank in the top 7 nationally. Archive photo via Jack Spitser/Spitser Photography

When the Tennessee Volunteers graduated a senior class that included NCAA title hopeful Erika Brown, almost half of its NCAA points and 13 of 20 relay legs, very few expected the Volunteers to remain at the top of the SEC after winning the team’s first-ever title.

But heading into the 2021 NCAA postseason, Tennessee finds itself at #4 in our latest women’s Power Ranks – the highest rank of any SEC program.

Tennessee beat arguably their top competitors, the Georgia Bulldogs, by 28 points in a head-to-head dual this month. That gives the Volunteers a two-year win streak against Georgia. Last year, Tennessee beat Georgia for the first time since 1989. Prior to last year, Tennessee’s women had beaten Georgia only three times in history – now they’ve won two in the past two years.

Tennessee has reloaded dramatically, with 9 swimmers currently projected to score NCAA points, based on our Swimulator. All five of the Volunteer relays rank in the top 7 nationally.

Head coach Matt Kredich has reloaded much faster than expected, and has Tennessee riding all the momentum in the world towards the college conference meet season.

Lady Vols baby! And to think of what’s coming in next year…

Kredich has slowly built this program and it’s been so much fun to root for them through the years and now so satisfying to see them amongst the nation’s elite!

Such a class act!