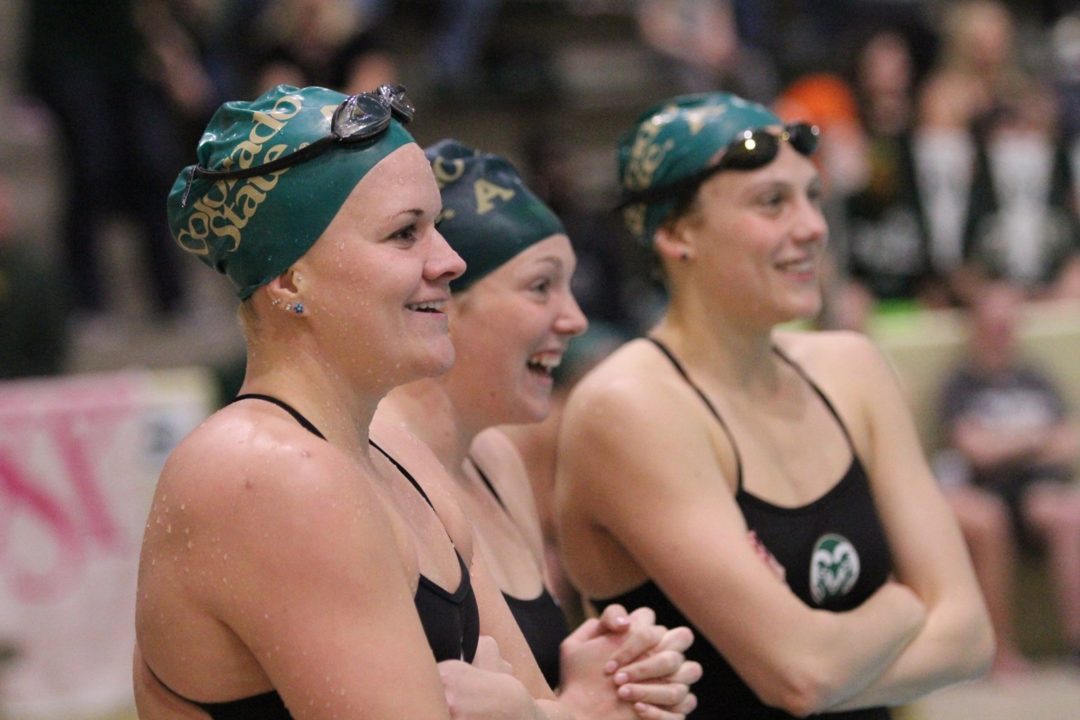 FORT COLLINS, Colo. – After just one home meet a year ago, Colorado State’s swimming and diving team will host a trio at Moby Pool, starting with back-to-back home duals against the Rams’ closest Mountain West rivals.

The team will compete in the Centennial State for the entire seven-event regular season to minimize travel concerns amid the pandemic.

“I’m excited not to leave the state of Colorado,” said head coach Christopher Woodard, who is entering his 10th season. “It’s nice that we have a wealth of riches in terms of talent and competition nearby so we can still have a competitive schedule and not have to leave the state.”

The Rams will host Wyoming on Dec. 4 (5 p.m.) to start the slate – just a week after returning from Thanksgiving break — with Air Force coming in the following day (1 p.m.). After those two competitions, the team will be off until after the holiday break. They return to competition with a double-dual against Colorado School of Mines and Colorado Mesa on Jan. 9 in Golden. The next weekend the Rams travel to Denver, and a week later they make a trip to the Air Force Academy for a double dual against the Falcons and New Mexico.

The season comes to a close with the team divided; the divers will head to the Air Force Diving Invitational Feb. 4-6, while the swimmers will host Northern Colorado on Feb. 5.

The Mountain West Championships (Feb. 18-20) will split the team again, as the swimmers head to Las Vegas, Nev., while the divers will return to the Air Force Academy. With the split format, both sites will conduct competition for three days instead of four.

Due to the pandemic, offseason training was shortened to differing degrees for all swimmers nationally, leaving coaches and swimmers alike a feeling of heading into the unknown, but he does so with a veteran roster.

“I think we’re definitely going to have challenges, I assume, as most other teams do,” he said. “The bottom line is we told them it’s an improvise, adapt and overcome season. We have to go in with the attitude of not why is this happening, but why not? Why can’t good things happen? Why can’t we swim fast? Why can’t we throw down some great times?

“We’re going to try to put together three to four weeks of solid training, send them home for seven days and then come back and go to work.”

The Rams, 6-4 in duals a season ago, are coming off a fifth-place finish at conference last year, with the 830.5 points scored the best total for the program since the MW went to a 24-place scoring format in 2017. In that meet, every Ram entered scored points for the team, a first for Woodard.

Seventeen of those scorers return, including school-record holding diver Skylar Williams, back for her senior year after establishing the CSU marks in both the 1-meter springboard and platform at the Mountain West championships. Fellow senior Maddie Ward, a former conference champion in the 200-yard breaststroke (2019 meet) is back after placing in three events last season. There are six seniors in total, including team captains Williams, Ward and Olivia Chatman.

Katelyn Bartley, Jennae Frederick, Kristina Friedrichs, Madison Hunter, Elsa Litteken and Abbey Owenby return after also scoring in three events at the championships, and the Rams only lose four of 20 relay legs covered in the five placing quads at the championships. Three of them – Friedrichs, Hoffman and Sykes – all cracked into the program’s top-five list in an event, with Friedrichs doing it twice. Diver Rachel Holland did as well on the platform.

The roster is bolstered by the addition of a freshman class consisting of six swimmers and two divers.