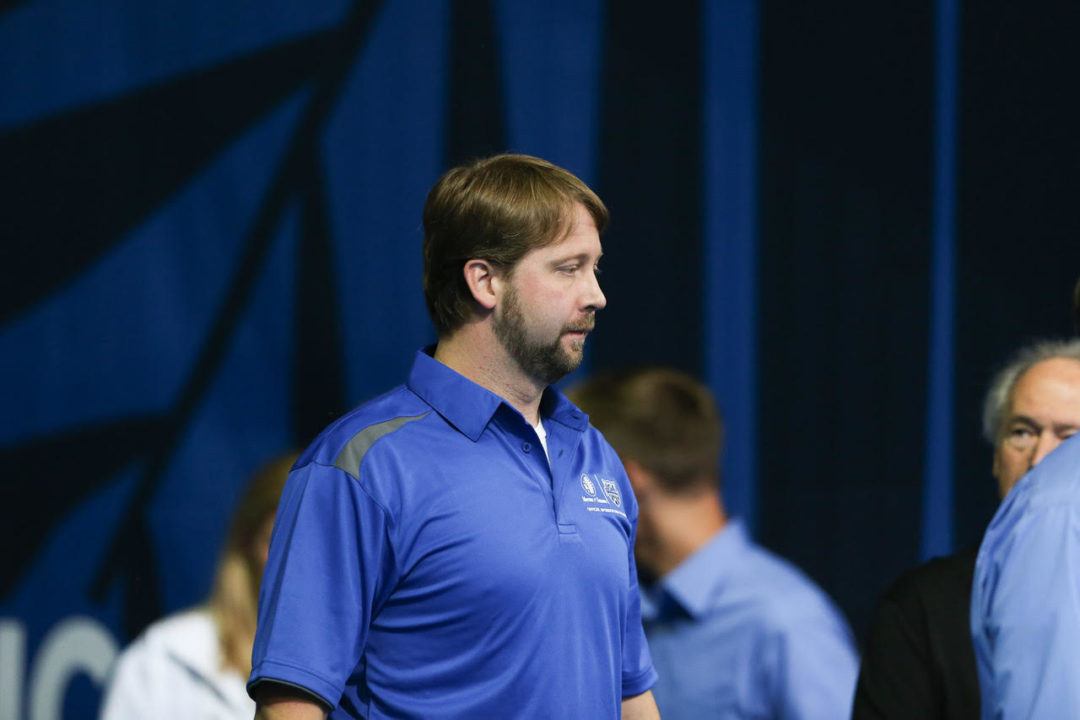 I, like many others, was very familiar with his swimming history, but not much else. Current photo via Tim Binning/TheSwimPictures.com

My first encounter with Ian was when I first moved to Austin a few months ago; he was actually my coach. I was swimming with the Rollingwood masters team, and Ian is one of many who run the workouts for that group. Ian gave me advice my first day in the water (advice which I have actually grown quite a bit from) and did so in a gentle and encouraging manner. I’ve been excited to have any sort of interaction with him I can ever since.

It was great getting to spend some time getting to know his background outside of the pool. I, like many others, was very familiar with his swimming history, but not much else. I had heard he was a music fan, but didn’t realize that meant he also played music himself. As a fan of music myself, it’s always fun to hear others’ experiences seeing shows or discovering artists, and Ian was no exception.

Ian has transformed his swimming experiences into a career, using his prowess in and out of the pool to host clinics, online mentor, teach lessons, and coach club and masters. It’s heartwarming to hear Ian talk about the importance of the relationships he has formed through coaching club. It’s something he didn’t really see himself doing, but now something that he truly enjoys and hopes to do more of going forward.

Love the fact that he has a big diesel truck!

I would be so down to go back to doing SCM on olympic years. LCM would be even more awesome, but I don’t think it could work logistically and would probably be unfair to a lot of teams training wise and qualifying wise.

The WR aspect of it Ian mentioned was another good reason for it.

Coleman, I L-O-V-E this series of “Where are they now?” videos with former US National/Olympic Team swimmers! Keep up the good work!