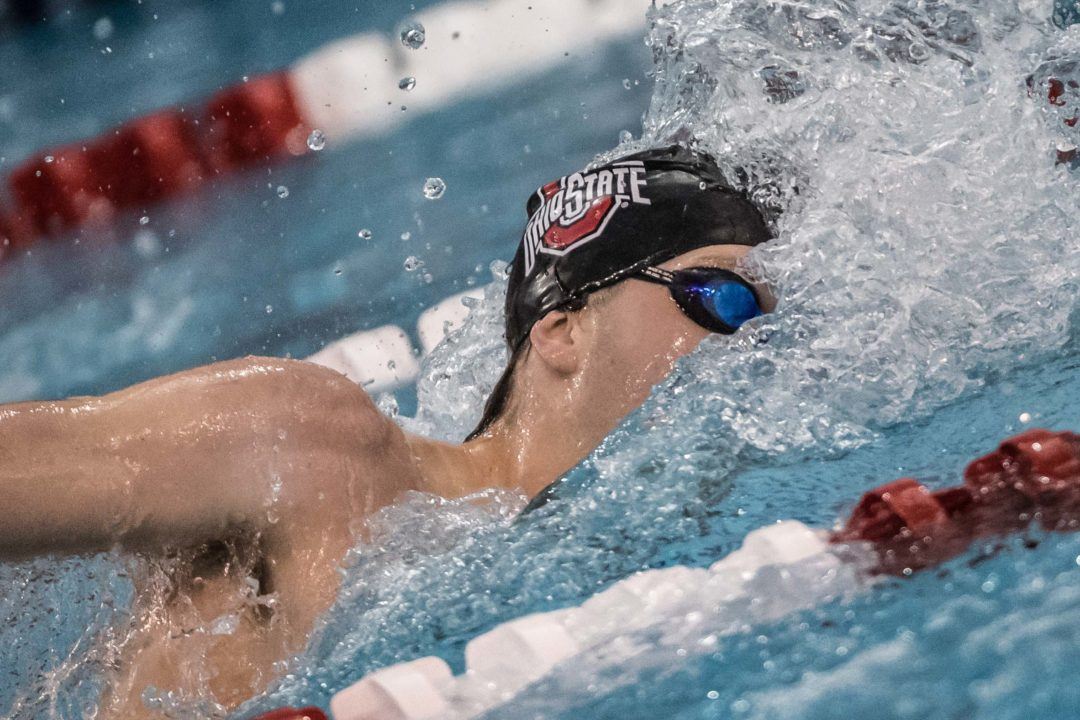 Ryan Vandermeulen had a pair of impressive swims on day 2 of Cleveland Sectionals. Archive photo via Mike Lewis/Ola Vista Photography

The 2nd day of the 2018 Speedo Sectionals At Cleveland State featured a ton of close races, along with plenty of swimmers putting up lifetime best times.

Among the highlights was the women’s 200 freestyle, where the top-4 swimmers had an incredibly close battle with all four registering a PB.

In the men’s event, Justin Grender of the Cincinnati Marlins held off Ohio State’s Ryan Vandermeulen for the win, touching in a new season-best of 1:52.41, just off his PB of 1:52.15 from last year. Vandermeulen lowered his 1:52.86 best from the Columbus Pro Series two weeks ago in 1:52.64 for 2nd.

Was this short course meters?

No, it was LCM