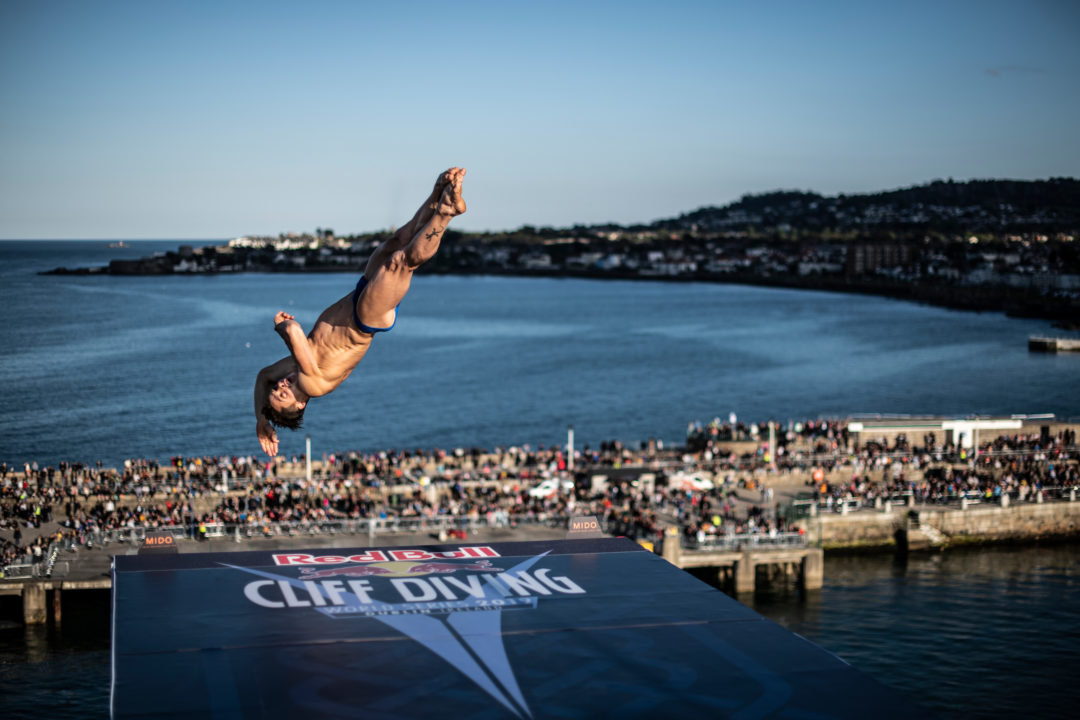 The third stop of the 2021 Red Bull Cliff Diving World Series is set to kick off in Mostar, Bosnia and Herzegovina on August 28, 2021. Archive photo via Dean Treml, Red Bull Content Pool

The third stop of the 2021 Red Bull Cliff Diving World Series is set to kick off in Mostar, Bosnia and Herzegovina on August 28, 2021 with a field of 26 competitors.

This will mark the sixth season in-a-row that Mostar, Bosnia and Herzegovina will host a stop of the series at the historic Old Bridge, Stari Most.

After two legs of the series, Rhiannan Iffland leads the women’s competition with a total of 200 points. The Australian is chasing the overall series title for the 10th year in a row, and currently ranks ahead of second-placed Molly Carlson by 40 points.

On the men’s side, wildcard Catalin Preda of France leads the points standings with a total of 200 points as well. Series Record holder Gary Hunt currently ranks second in the standings with 160 points. The Frenchman is the only person to ever win multiple titles on this stage of the event, setting himself up for a big performance.

Both Carlson and Preda have already warned victories in this year’s edition of the series, along with Australian Xantheia Pennisi and Spain’s Carlos Gimeno.

Standings (after 2 of 6 stops)