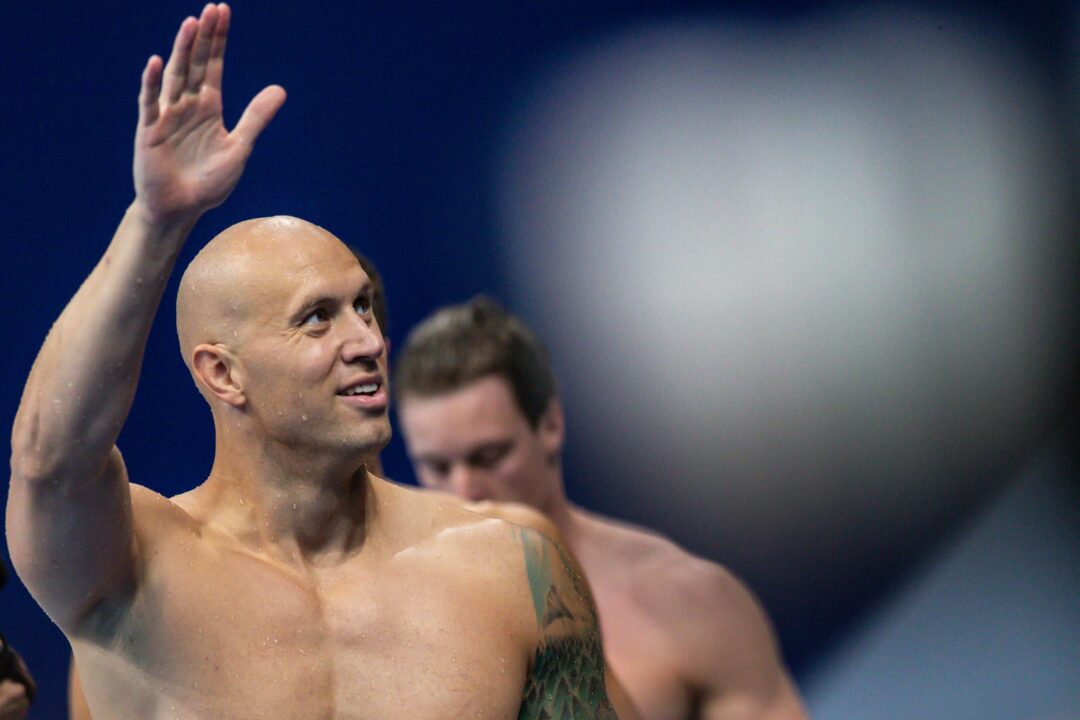 Brent Hayden of Toronto Titans suffered a minor injury which led to a DNS for one of the Toronto medley relays on Day 1 in Naples. Archive photo via Jack Spitser/Spitser Photography

Day 1 of the first match of the 2021 International Swimming League season ended with a surprise: an empty lane in the men’s 4 x 100 medley relay. (Men’s 4×100 medley relay results)

The Toronto Titans, who were locked in a tight battle for second place with Aqua Centurions, failed to field a team in lane 5 and were knocked back with a -8 point penalty. The four swimmers slated to make up the Toronto relay were Cole Pratt, Fabian Schwingenschlogl, Grigori Pekarski, and Brent Hayden. SwimSwam has learned that Hayden suffered a minor injury just before the start of the race, leaving head coach Byron MacDonald not enough time to replace him.

According to the ISL rules, no-shows are treated as follows:

In the case of a relay DNS, it is the team that loses club points. The winning team takes the 2 points that the DNS relay would have scored had they finished in 8th place. Thus, Energy Standard picked up an extra 2 points while Toronto was set back 8.

The individual swimmers are not penalized in either rating, MVP points, or prize money points.

Pratt swam the 200 back and 50 back, finishing 4th and 7th and finishing the day with 5 MVP points. Schwingenschlogl earned 9 MVP points with a 4th in the 200 breast and a 5th in the 50 breast. Pekarski swam only the 100 fly, finishing 7th for 2 MVP points.

The 8-point team penalty was a blow to Toronto, who otherwise would have been ahead of Aqua Centurions in the standings at the end of Day 1:

I hope Brent is okay though, truly a class act