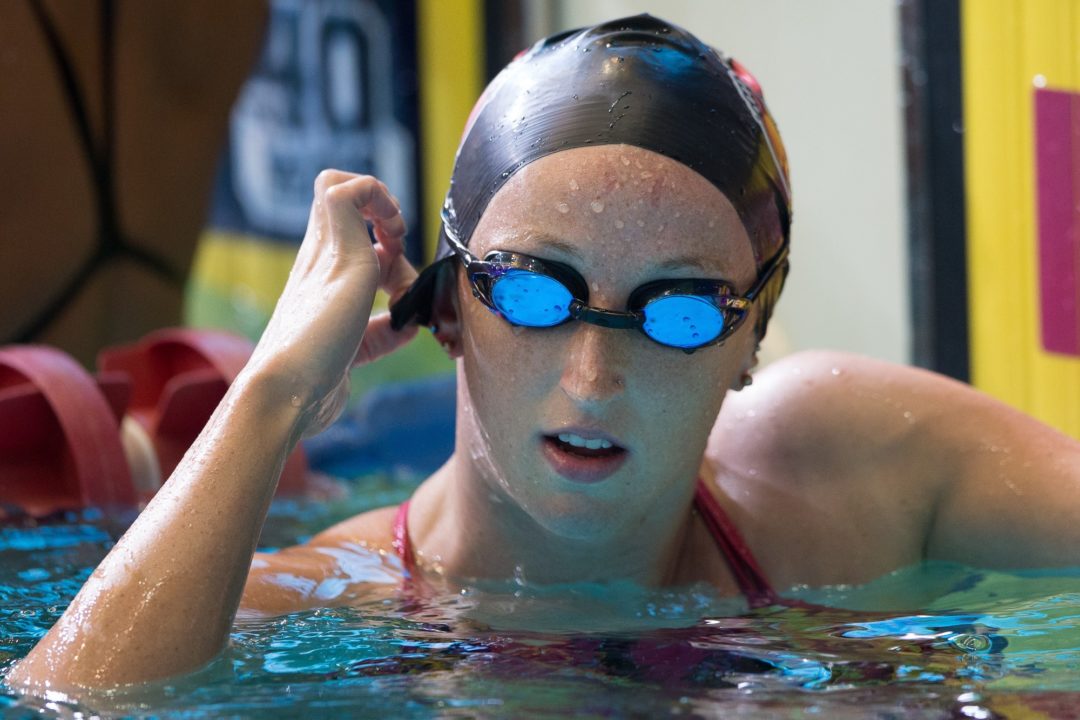 U.S. Olympian Claire Donahue is in the midst of a month in South Florida, and next up she'll take a three week training trip to New Zealand. Archive photo via Tim Binning/TheSwimPictures.com

United States Olympian Claire Donahue has planned a three-week camp to train at the Wellington Regional High Performance Center in New Zealand from February 24th to March 15th. There, she will train with the high performance group that is preparing for Commonwealth Games and Pan Pac Trials under the lead site coach Gary Hurring.

This will be the continuation of a lot of trial training spots for Donahue in what she referred to as a “huge opportunity” for her. Donahue has been training with the South Florida Aquatic Club for the last two weeks, and will remain there for another two weeks, before a week back at her home base at Western Kentucky University and then off to New Zealand.

“In 2 weeks I’ll have been training with (South Florida) for a month,” Donahue reflected. “It’s strange being away from WKU and Bruce (Marchionda), but it’s a huge opportunity for me to travel and train and learn a thing or two while I’m at it.”

Donahue says that the New Zealand opportunity came about when Hurring, a 1978 Commonwealth Games champion, talked to her coach Bruce Marchionda at Western Kentucky and offered to have Donahue come and spend some time training with his team. The timing worked out well for Donahue, who says the trip makes sense while Western Kentucky’s collegiate program is at their conference championship meet and going through taper, while Donahue has a more distant target of the Pan Pac Trials in early August in Irvine.

“Another big bonus is that New Zealand is in the middle of summer and it’s gorgeous there,” Donahue mused.

D0nahue is a 2012 Olympic gold medalist as a prelims swimmer on the 400 medley relay, and earned a medal of the same color in that event at the 2013 World Championships. She finished 7th individually at the Olympics in her primary event, the 100 fly. She was a multi-time All-American at Western Kentucky, and continues to make that her home training base as a post-graduate.