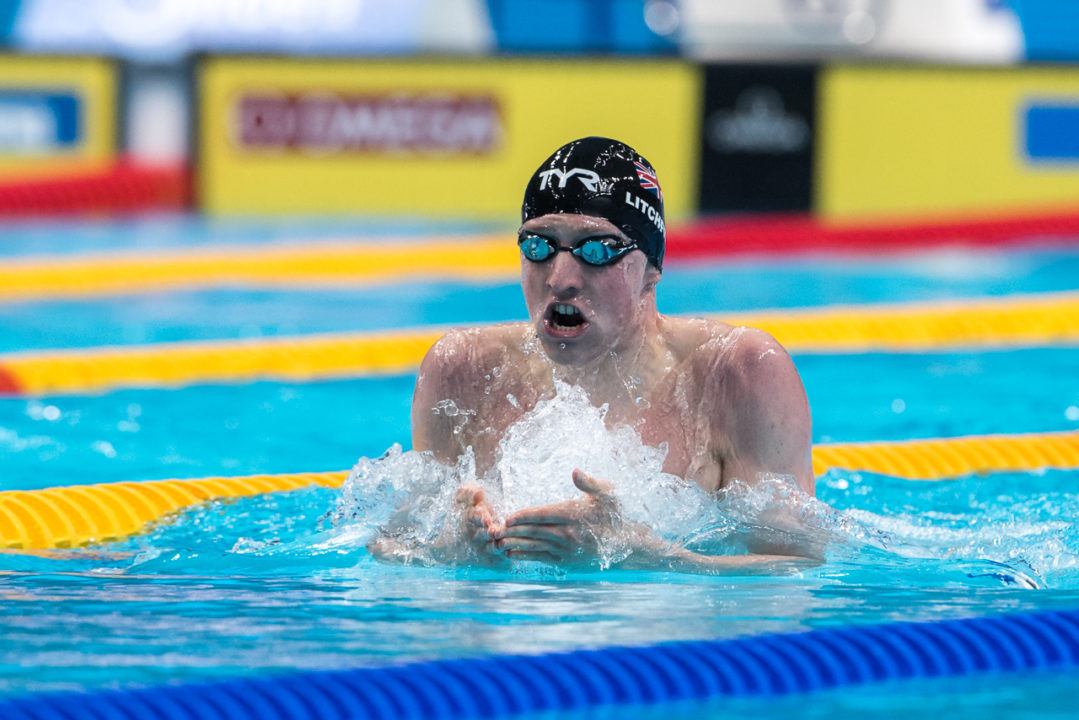 "It is with great disappointment that I must announce I will be withdrawing from the 2018 Commonwealth Games," says British 400m IM national record holder Max Litchfield. Archive photo via Peter Sukenik/www.petersukenik.com

British IM specialist Max Litchfield has withdrawn from Team England’s swimming roster for the 2018 Commonwealth Games, citing nagging issues with his shoulder. The Sheffield star had already announced his withdrawal from the 2017 European SC Championships in order to “focus on improving his fitness ahead of the Commonwealth Games in April,” but time proved to not be on his side healing-wise.

“I would like to thank everyone at my club and within the British Swimming and Swim England set-up who have been supporting me during this time and wish the team the best of luck on the Gold Coast.”

You can see Litchfield’s additional comments regarding his departure within the tweets below.

Swimming Team Leader, Grant Robins, said, “Max has been receiving regular physiotherapy in the hope that he would be able to compete at the Commonwealth Games, but unfortunately medical advice is that he does not take part.

“Although this is sad news for the team, this is the best option for Max and his long-term future in swimming and we wish him well in his ongoing recovery.”

The Commonwealth Games’ swimming competition takes place in the Optus Aquatic Centre from April 5-10th. Litchfield, who holds the British national record in the 400m IM with his 4:09.62 4th place finish from Budapest, was a very likely candidate for the podium in that event on the Gold Coast.

(1/2)It is with great disappointment that I must announce I will be withdrawing from the 2018 Commonwealth Games. As most of you know I have been facing a Shoulder injury since the Worlds last year, and with the future in mind I have decided to take my time to focus fully on my https://t.co/3EVuR5FU8r

(2/2) rehabilitation and be in the best shape for the Europeans and the next 2 years! Would just like to say a huge thankyou to everyone from the City of Sheffield, Swim England and British Swimming for all their help during these tough times. #TeamAndCountry

very upsetting to hear this but i hope all the best for him. shoulders can be a common problem among swimmers. especially volume swimmers.

Wish you the best in your rehab, Max!

All the best; Hoping to see you back in Glasgow!