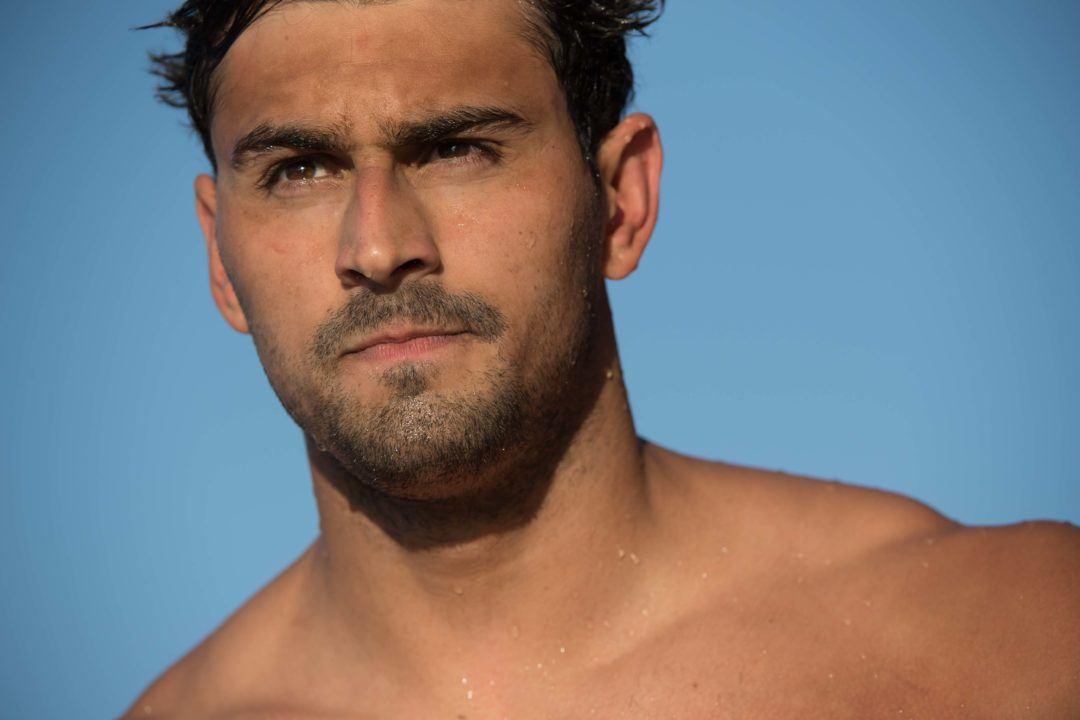 The small, sovereign, twin island nation of Trinidad & Tobago has participated in all-but-three editions of the Commonwealth Games dating back to their debut in the second edition of the then-British Empire Games.

In that time, they’ve won 55 total medals. Most of those medals have come from athletics, with pockets of success in boxing, shooting, weightlifting, and a strong history in track cycling as well. It wasn’t until this year, however, that one of those medals went to a swimmer – Dylan Carter, the country’s only entered aquatic athlete.

Carter entered into 4 races but wound up swimming just two: the 100 free, where he was 5th in a new National Record of 48.60, and the 50 fly, where he took a silver medal behind South African Chad le Clos.

“Your silver medal performance in the 50-metre butterfly has brought great pride to us in the aquatic fraternity and to Trinidad and Tobago as a nation,” said Amateur Swimming Association of Trinidad and Tobago president Wendell Lai Hing in an open letter.

“With your grit and determination, you continued to achieve excellence and demonstrate your mettle to compete at the elite level. Your 2013 silver medal at the World Junior Championships in the 50-meter butterfly and your 2014 Youth Olympic Games silver medal in the same event were a testament to your training and commitment, as you again brought Trinidad and Tobago to spotlight as little giant on the world aquatic landscape.

“At times in the realm of sport, sometimes athletes are not treated as they should and you must have endured more than your fair share of challenges. Sometimes as an Association and a country, there is so much more we could do support our athletes. In spite of all of this, you have remained focused and dedicated and continued to valiantly represent the red, white and black. Please convey to your parents Everard and Tracy and to your entire family our gratitude for their selfless commitment to Trinidad and Tobago. Their support in your development, financial and otherwise, has not gone unnoticed, and we express our wholehearted appreciation for their contribution to your success.”

Trinidad & Tobago has won 3 medals so far at this year’s Commonwealth Games. True-to-form, the other two so far have both come in athletics: Jereem Richards won gold in the men’s 200m and Michelle-Lee Ahye won gold in the women’s 100m sprint.

Congrats young man. Very rpoud of you. Taking up the mantle and doing superbly.

P.S. George Bovell only swam at 1 Commonwealth Games, the 2014 edition in Glasgow a mere two years before his reitrement from a long career. He probably would have won medals in Manchster in ’02 and in Delhi in ’10 but in ’02 he opted out, and in ’10 he suffered injuries in a car accident that kept him out of the meet.. His injury around ’06 that forced his transition from IM to sprint freestyle would have kept him out of swimming in general that year.

This is really cool. Congrats to him and to future success. Just wondering cause I don’t know – did George Bovell not swim Commonwealth Games? I would guess if he did an olympic medalist could/should medal at commonwealth games