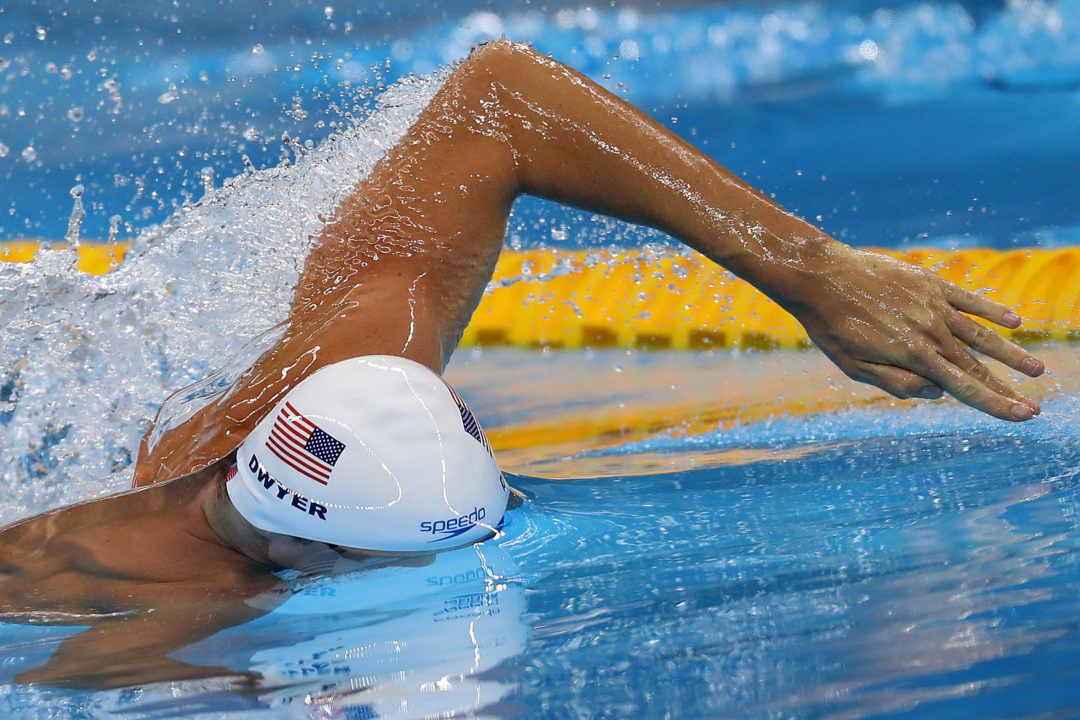 This was Dwyer's first competitive swim in a while. Archive photo via Simone Castrovillari

There weren’t many A final scratches for the first finals session of the 2018 Mesa Pro Swim Series, but one was significant.

Two-time Olympic gold medalist Conor Dwyer has taken his name out of the 200 free final after posting the top time of prelims. Dwyer swam a 1:49.45 this morning, four tenths ahead of Patrick Callan (1:49.86). This was Dwyer’s first competitive swim in a while.

With Dwyer’s scratch, Callan is now the top seed for the final tonight, and Michael Chadwick moves up to the A final after going 1:52.53 this morning.

The other A final scratch came in the men’s 200 breast. Grand Canyon University’s Youssef El Kamash, who tied for 7th this morning with Michael Andrew at 2:16.60, won’t race that tonight.

Of course he does

Of course you do.

Why? Why go all the way to the meet just to scratch 200 free?

He does what he wants!

He might have sponsorship obligations that require him to attend meets. Just a guess.

To get the full compensation from being on the US national team, you have to attend certain meets