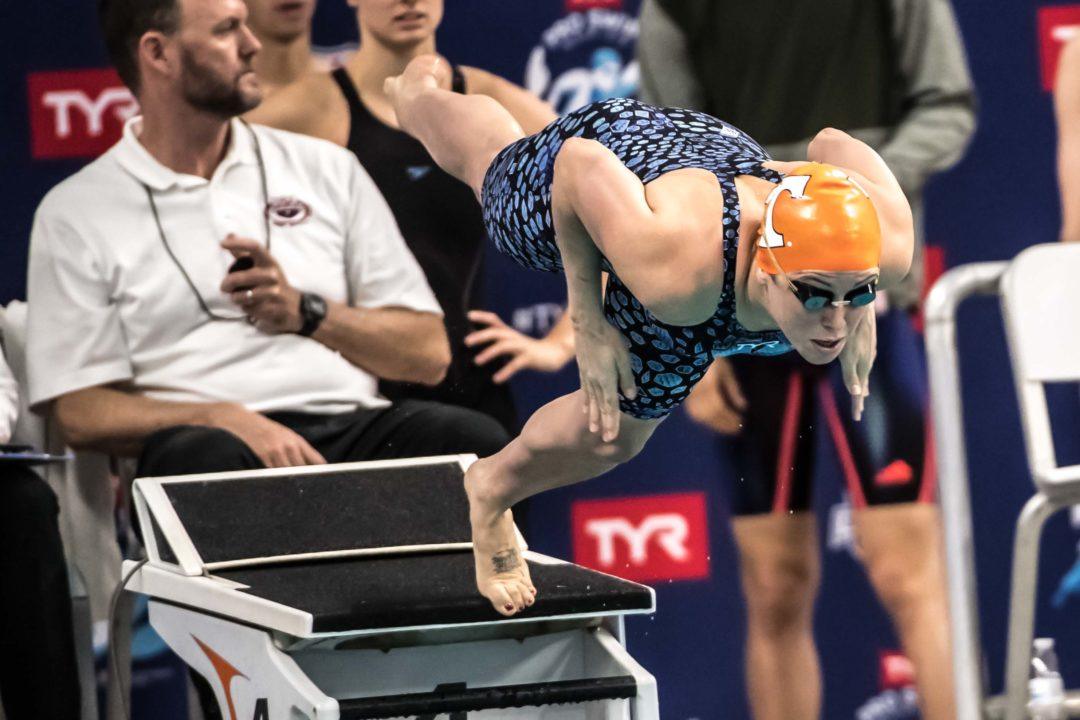 In the women's 50 breast rounds, Austin champ Molly Hannis once again took the win. She put up yet another sub-30, touching in 29.97 while fellow Olympic breaststroker Breeja Larson was 2nd in 30.42. Archive photo via Mike Lewis/Ola Vista Photography

In the women’s 50 breast rounds, Austin champ Molly Hannis once again took the win. She put up yet another sub-30, touching in 29.97 while fellow Olympic breaststroker Breeja Larson was 2nd in 30.42. The event also features junior star Zoe Bartel, who finished 3rd in the semifinal round with a 31.57 ahead of Peyton Kondis (31.82)

Is Molly Hannis doing some sort of no breath approach here? It looks like she’s consciously keeping her head low on some strokes and picking it up more on other strokes almost like swimming fly. Her stroke is already very ‘wave’ heavy with lots of undulation, so hard to tell.