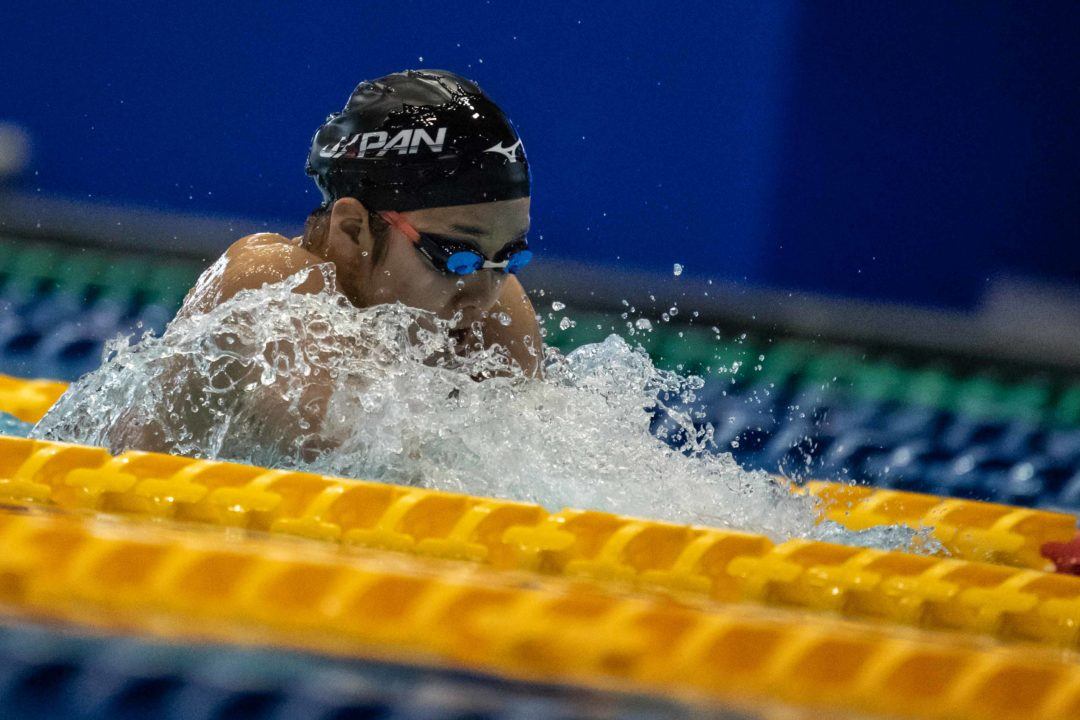 In the women’s 50 breast preliminaries at the 2018 Short Course World Championships, both Martina Carraro and Miho Teramura broke their respective national records to easily advance into the semi-finals.

First, in heat 4, Teramura touched in a time of 30.20, erasing the Japanese Record of 30.23 set by Satomi Suzuki back in 2012. Then, in the sixth and final heat, Carraro hit the wall in 30.00 to break Arianna Castiglioni‘s old Italian mark of 30.01 from the European Championships last December.

Carraro tied with world record holder Alia Atkinson for the win in that heat, as they advanced to the semi-finals in a tie for 3rd, while Teramura qualified in a tie for 7th with Australian Jessica Hansen. Lithuanian Ruta Meilutyte (29.48) and American Katie Meili (29.94) won the other two circle-seeded heats for the top-2 seeds.

Teramura is best known for her abilities in the 200 IM, winning bronze at both the 2018 Pan Pacs and Asian Games in the event, while Carraro’s lone international medal on her resume came at the 2016 SC Worlds in the 200 medley relay (silver). She is also the current long course Italian Record holder in the 100 breast.