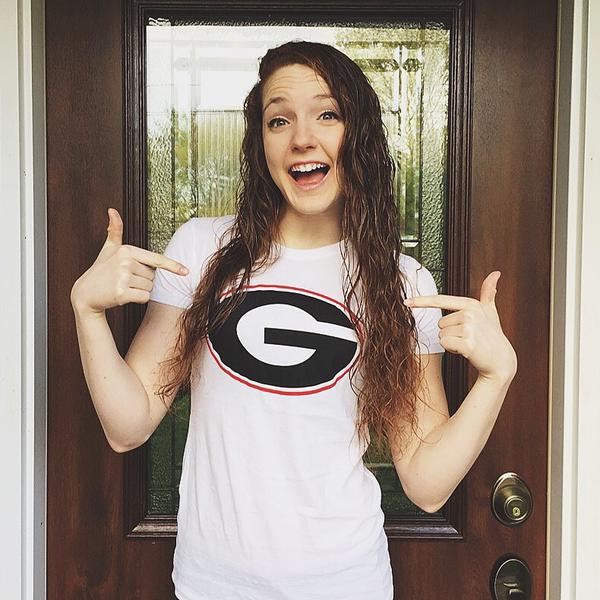 Carmel High School junior Veronica Burchill has verbally committed to the Georgia Bulldogs, according to her Twitter profile. Current photo via @vkburchill on Twitter.

Carmel High School junior Veronica Burchill has verbally committed to the Georgia Bulldogs, according to her Twitter profile.

Very happy & couldn't be more excited to announce my commitment to swim for the University of Georgia! #GoDawgs ❤️? pic.twitter.com/tfL61hOk7S

More and more, we’re seeing top-tier college swimming prospects making verbal commitments very early in the recruiting process, and Burchill is one of the next big names to do so.

Burchill, a part of the gigantic crew currently swimming for the Carmel Swim Club and Carmel High in Indiana, is a huge pickup through the freestyle events as well as butterfly races, and she’s versatile enough to be likely ranked towards the upper echelons of her recruiting class.

Here’s a look at some of her best times:

Those seem like Burchill’s best chances to catch on in the NCAA, and Georgia’s proven track record of developing rangy freestylers had to be a big factor in Burchill’s decision, given that the period for taking official visits hasn’t yet opened for the high school class of 2016.

In addition to those times, Burchill has some intriguing potential in the 100 breast (1:02.43) and 200 IM (2:01.75) and certainly offers some lineup options to a loaded Georgia Bulldogs team. Georgia finished second at NCAAs this season after winning the previous two national titles.

Congrats to Veronica and to the bulldogs for getting such an amazing swimmer! This is one carmel swimmer who has a history in this city (her dad used to coach carmel prior to coach Plumb). This is a girl that continually drops time and deserves to be top 10 in her recruiting class. Again congrats!!