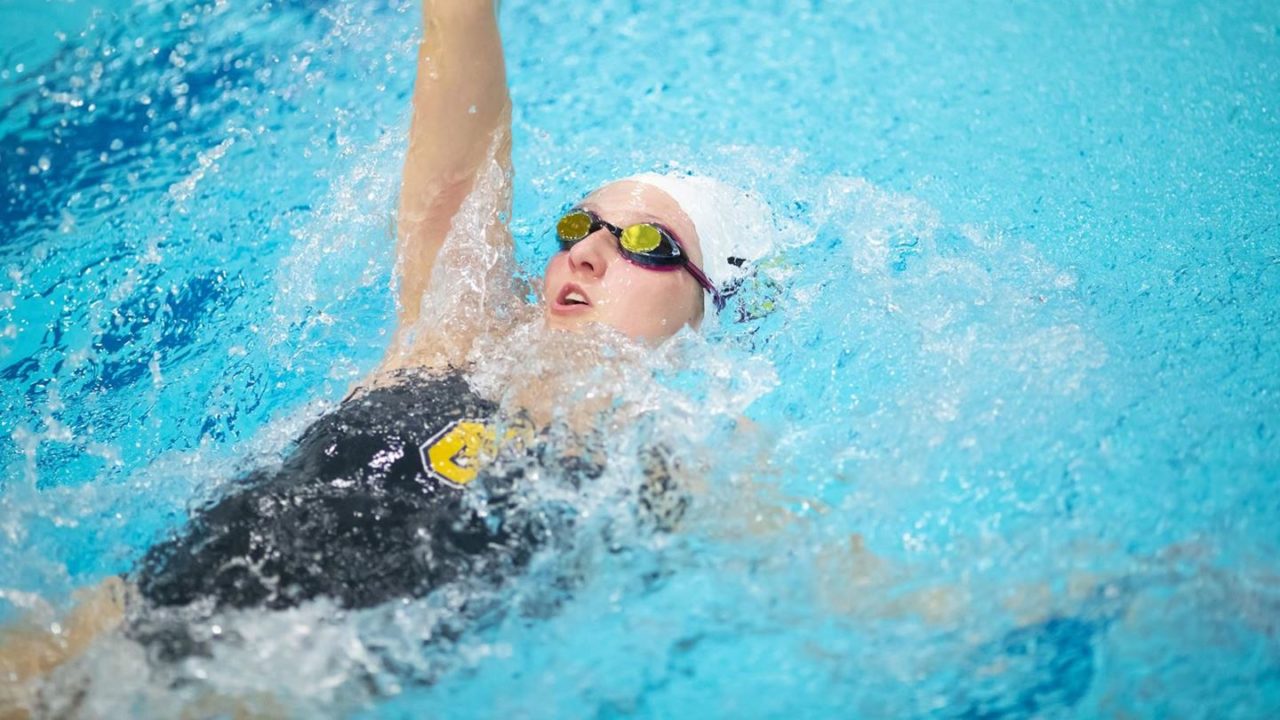 The Canisius men won by a 153.3-120.5 margin, while the women for the Blue and Gold earned a 177-97 victory over the Golden Knights. Current photo via www.tomwolf.smugmug.com

Traveling down to the Carneval Athletic Pavilion for their final meet of the 2019-20 regular season, the Canisius men’s and women’s swimming and diving teams earned a sweep over Gannon on Saturday afternoon in Erie, Pa.

In women’s diving, senior Gianna Cornelia placed first in the 1-meter dive (408.90), while senior Vinnie Costanzo picked up a second-place finish in the same event (378.65).

The victories over Gannon close out the 2019-20 regular season for the Griffs. Canisius will return to action at the 2020 MAAC Men’s and Women’s Swimming and Diving Championships, taking place Feb. 12-15 at Burt Flickinger Center in Buffalo, N.Y.