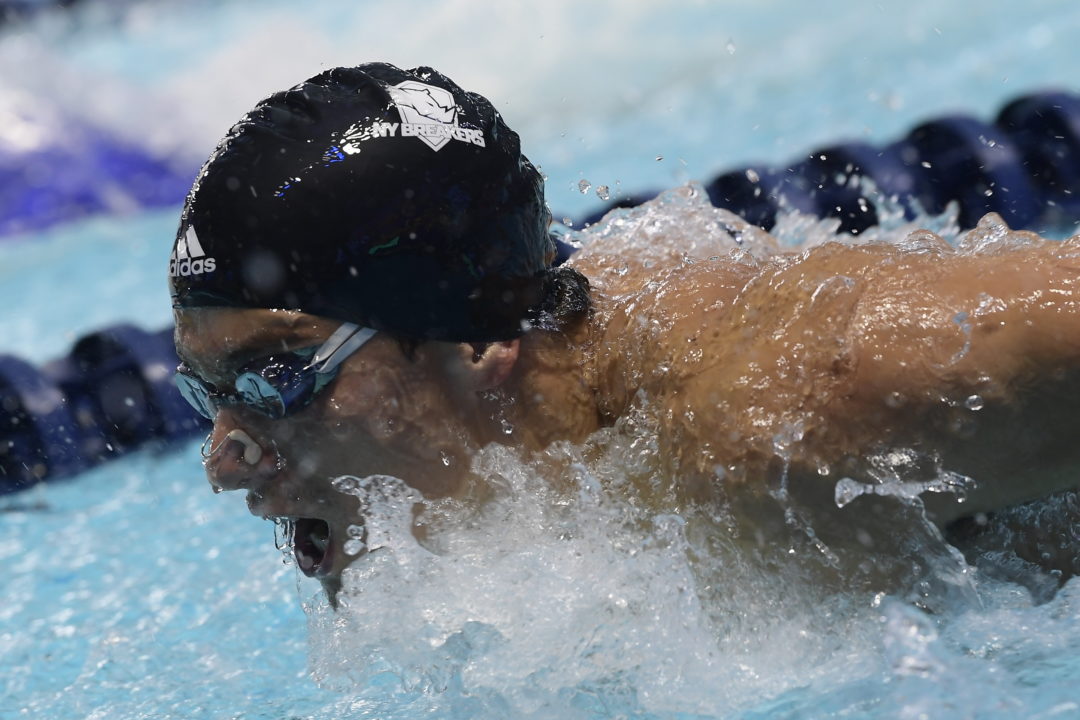 The Cali Condors of the International Swimming League have finished re-filling their 32-swimmer roster after the loss of 4 Australian athletes earlier this month.

The final addition is 24-year old Ecuadorian-American swimmer Tomas Peribonio. Last season, Peribonio swam for the New York Breakers, which makes him the 2nd former Breaker in as many days to be announced as a new member of the Condors after Lia Neal’s name was added on Tuesday.

Peribonio was born in Florida but grew up mainly in Ecuador, with later stints in Chile and Georgia (the state) before attending the University of South Carolina for college.

Representing Ecuador internationally, Peribonio holds 7 (or shares) 13 National Records in that country. In short course meters, the course of the ISL, that includes the 200 free, 200 breaststroke, 100 IM, 200 IM, and 400 IM.

That versatility highlights his potential value in the ISL format, as he can chew up a lot of really challenging events for a team and fill a lot of gaps in a roster.

Last season, with the Breakers, he scored 17 total MVP points, with his best showing coming in his debut in Lewisville, Texas, where he finished 5th in the 400 IM, his best event, in 4:10.94.

This was an event where the Condors struggled in year 1. For example, at the Las Vegas finale, Anton Ipsen was 6th in 4:09.09 and Mark Szaranek was 7th in 4:10.52. If they can talk Peribonio into approaching this year’s season as a taper meet, that’s an immediate upgrade – especially with Ipsen not returning to the roster this season.

At South Carolina, he was an 11-time CSCAA All-American and remains the school record holder in the 200 yard IM (1:44.00). He also ranks 2nd in school history in the 400 IM (3:40.24), behind only Brandonn Almeida – who ironically signed with the Breakers this season to fill the role of Peribonio.

Are Bentz and Szaranek still doing the IMs?

What events is he swimming? IM fly and breast should be covered with Bentz, Szaranek, fink