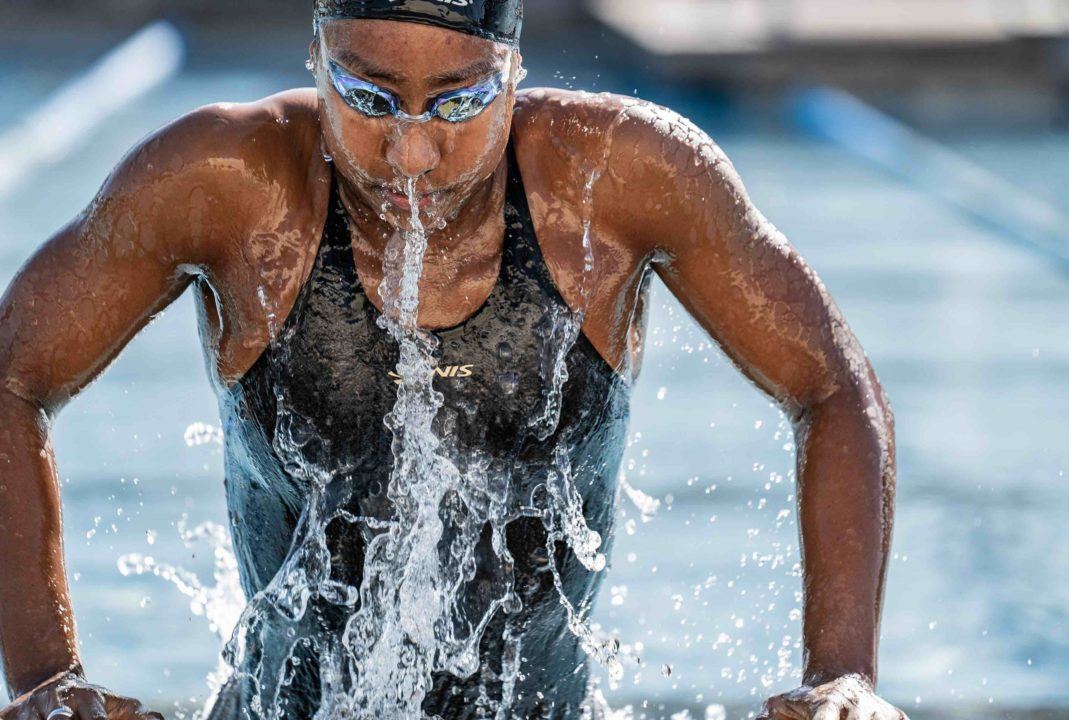 The addition of Lia Neal, who swam for the New York Breakers last season, brings the Condors back to the maximum allowed 16 women for the 2020 ISL season. Archive photo via FINIS

The Cali Condors of the International Swimming League (ISL) have filled the only remaining open spot on their women’s roster for the 2020 season with the signing of two-time U.S. Olympian Lia Neal.

Last season, Neal swam for her hometown New York Breakers in the inaugural season of ISL competition. With the Breakers, she served in relay duty only, with top splits of 53.12 on a flat start and 52.83 on a rolling start.

She’s likely to serve in a similar role for the Condors this season: a team that is stacked in the women’s sprint events. That women’s sprint freestyle group includes Olivia Smoliga, who ranked 5th in the ISL in MVP scoring last season, plus Kelsi Dahlia, Mallory Comerford, Natalie Hinds, Erika Brown, and Veronica Burchill.

Last season, in the Las Vegas finale, the Condors used Natalie Hinds (5th – 52.01) and Mallory Comerford (6th – 52.26) in that event, saving Smoliga’s energy for other events, given their depth there.

If Neal were able to get back to her top form, she could contend for a spot in the individual 50 or 100 free, but having a fresh hand to chew up 3 free relay spots is a valuable role in the ISL format.

The Condors have announced several roster updates since their initial roster rollout 2 weeks ago. That is largely to deal with the loss of 5 Australians as a result of Swimming Australia’s blockade on their swimmers competing in the ISL due to concerns over the ongoing coronavirus pandemic and especially tight restrictions at home.

With the addition of Neal, the Condors have 16 women and 15 men on their roster: 1 shy of the maximum allowed 16 and 16.