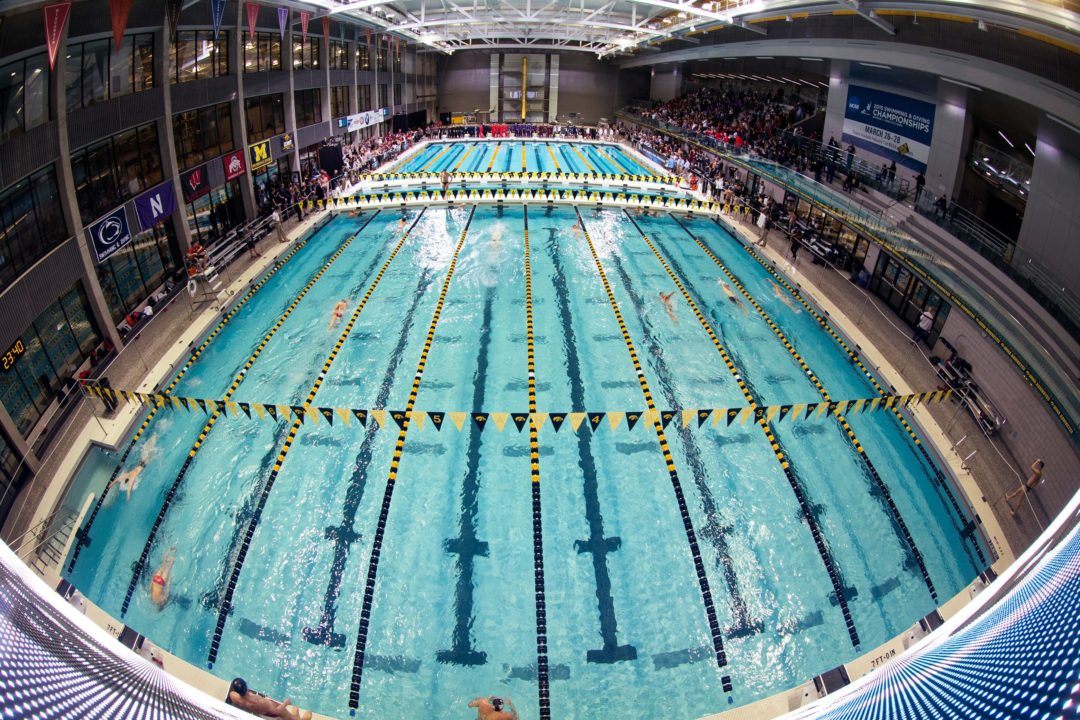 Ankeny's Trent Frandson then took down a 35-year-old State Record in the 200 free. He broke 1:36 for the first time, dominating in 1:35.68. Archive photo via Iowa Swimming

Following that relay, Frazier set State Records in both of his individual events. He took down the 4-year-old 200 IM record by a second in 1:45.96, marking his first swim under 1:46. Frazier then dropped a second from his own State Record with his 53.16 in the 100 breast. He was just a hundredth away from his best in the 100 free, leading off in 45.70.

Jeepers, what a fast meet!

Perhaps Caleb is a good name for a swimmer

Got to mention whose 200 free record that was from 35 years ago, a truly amazing swim for its time…

It was the national high school record at the time, set by Craig Oppel who would go on to make the 1988 Olympic team and win a gold medal as a prelim swimmer in the 800 free relay