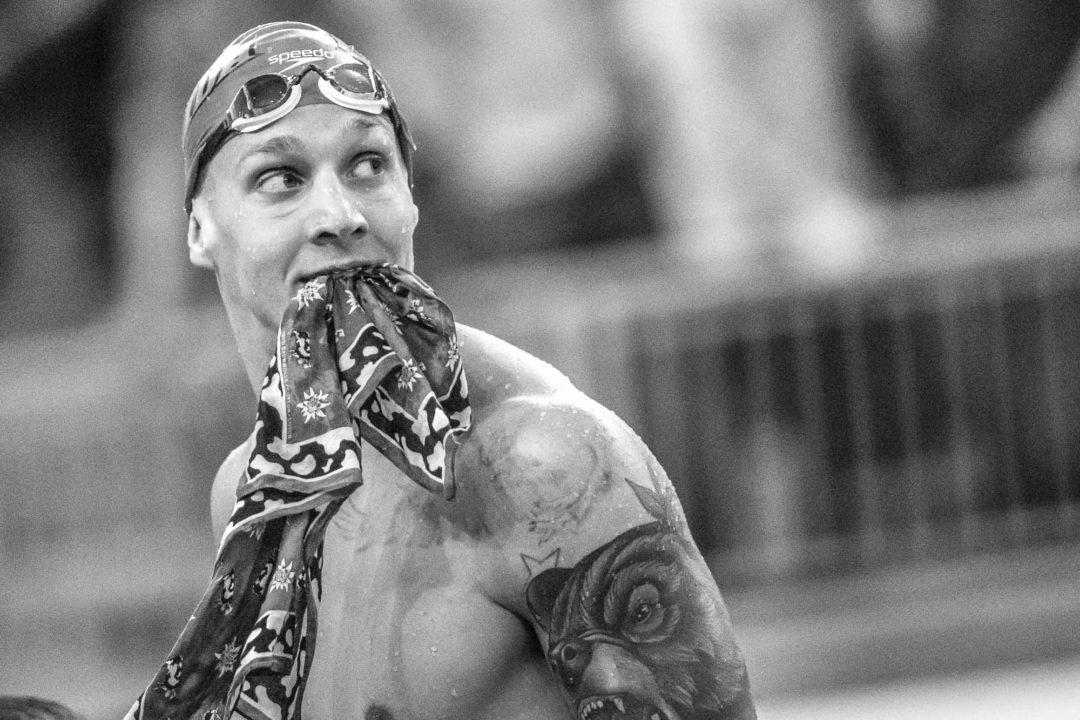 Caeleb Dressel has obliterated his lifetime best in the 200 fly in his win at the Atlanta Classic. Swimming a time of 1:56.29, Dressel breaks two minutes for the first time ever, a massive improvement from his old best, a 2:00.69 from prelims. He broke Joseph Schooling’s meet record of 1:57.37.

According to USA Swimming, this was Dressel’s fifth time racing this event in long course. Today was the first time he swam it since he went 2:18.33 at a Bolles time trial meet in 2012 at age 15, and his best time in yards is a 1:47.63 from a Florida dual meet in January of 2018.

Dressel is now 21st in U.S. history in the event. It’s also the 15th-ranked swim on the world rankings for this season.

A world-class sprinter, Dressel has never truly focused on a 200 in long course. He’s been swimming the 200 free and 200 IM in the gear-up to this summer, but the 200 fly is a very new race for him in any format. Looking ahead to next year, the 200 fly would conflict with some of Dressel’s expected events at the Olympic Trials. He’d have the 200 fly semifinals and the 200 free final on the same day if he were to make those, and the 200 fly final is two events after the 100 free semifinals on the next day.

Dressel is still three seconds or so away from being an international medal threat in the event, and it will probably take at least a 1:54 to make the U.S. top two at OTs. A 1:56 low in an off-event 200 fly for a sprinter bodes very well for this summer, though.

Wow. What an improvement curve on the 200 fly. In his next swim he’ll be within a second of the WR. Numbers don’t lie.

Homie do you understand sarcasm in the slightest? Sorry you’re so triggered.

50 fly still isn’t a thing at the Olympics sooo…

Someone has to have a race video, right? please?!