Caeleb Dressel Chops A Tenth Off His 100 Freestyle American Record In 45.08 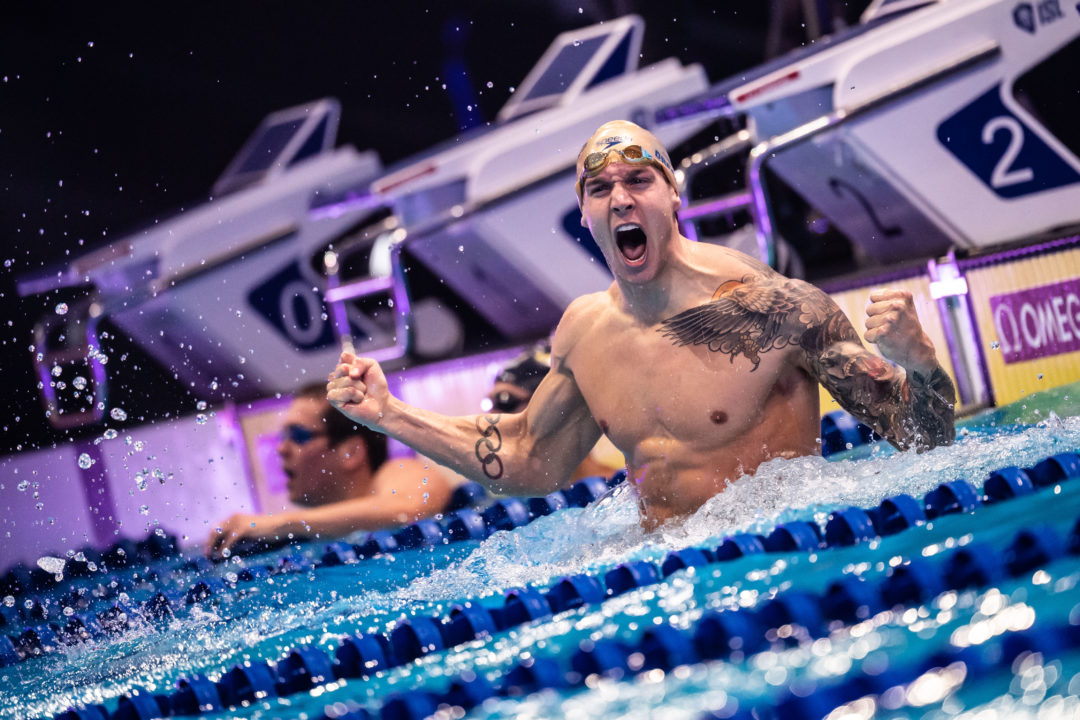 After breaking the American Record on Saturday in 45.18, Dressel brought it down again early on during the final day of the ISL season in 45.08. Current photo via Mike Lewis/Ola Vista Photography

Fresh off of setting two world records on Saturday, Caeleb Dressel fell just shy of doing it again in his first of several events on Sunday in Budapest, still resetting his own American Record in the 100 freestyle.

This is the 24-year-old’s third time lowering the mark inside the ISL bubble this season, having first done so in the semi-finals in 45.20. Prior to that swim, he held the AR at 45.22 from the 2019 ISL final in Las Vegas.

In the all-time rankings, Dressel’s swim is tied for the fourth-fastest of all-time, joining Nathan Adrian‘s 45.08 from the 2009 Duel in the Pool. Dressel also improves from being the fifth-fastest man ever into a tie for fourth with his fellow American.

Adrian’s swim was done during the period when USA Swimming wasn’t recognizing American Records due to the now-banned super-suits, so it never registered in the national record books.

Dressel now owns four of the 10 fastest swims of all-time.

I come from the future, Dressel swims the event again in a year and drops so much time that the laws of physics break and the world record time for this event turns into a negative number.

xqc on swimswam? yo

Isn’t that like almost a second faster than morozovs pb?

Edit- I am not talking to myself, I am a different swimmer

I guess you’ll still have to copy/paste that Nathan Adrian disclaimer at least one more time, eh SwimSwam?

At this point I think the SwimSwam writers are just praying for Dressel to go a 45.07 at some point so they can stop repeating themselves.
(Brings to mind “Why isn’t Regan Smith on the National Team for the 100 back??”)

Speaking of Nathan’s Mark is there a video of the 400 free relay from the dual in the pool because I’ve been trying to find it for months and came up empty looking for it?