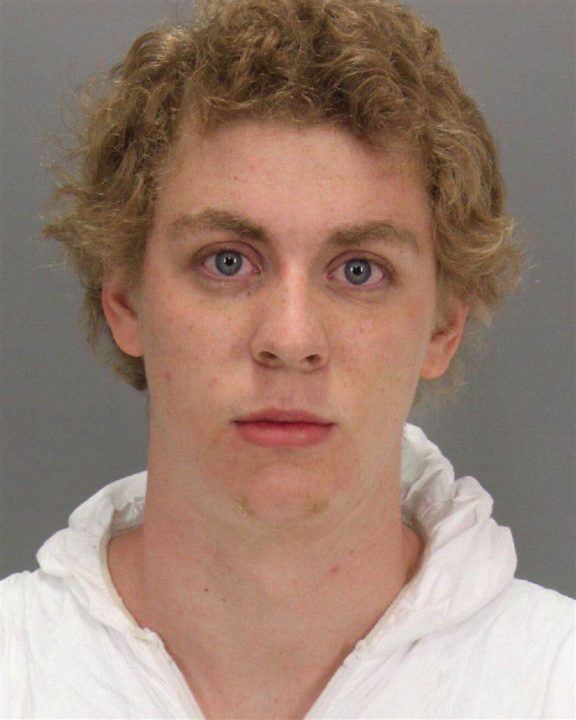 Former Stanford swimmer Brock Turner will be required to undergo drug and alcohol counseling when he is released from jail in September, the Associated Press reports. Archive photo via Santa Clara County Sheriff's Office

Former Stanford swimmer Brock Turner will be required to undergo drug and alcohol counseling when he is released from jail in September, the Associated Press reports.

Turner was convicted on three felony sexual assault charges earlier this year stemming from a January 2015 incident in which he was caught with an unconscious woman outside of a fraternity house. Last month, he was sentenced to six months in jail, though it appears as though he will be released after only about 3 months, depending on his behavior during his sentence. The current release date is listed on the Santa Clara County website as September 2, 2016.

After his sentence, reports of text messages on Turner’s phone suggested he had used illegal drugs and alcohol while in high school and college, despite Turner testifying in court that he had not used illicit substances and “had never really experienced celebrating or partying that involved alcohol” prior to college.

Though it was not originally part of his sentence, not was it recommended by the probation report, Turner will be required to attend drug and alcohol counseling when he is released from jail, according to the AP.

The AP report says that Turner maintained that he had not used illegal drugs up until June 14. On that day, in a jailhouse interview, probation manager Jana Taylor says Turner was told that his text messages about illicit drug use had gone public, and he then admitted to using LSD three times and to smoking marijuana and drinking alcohol in high school.

Turner’s sentence had previously included random drug and alcohol tests, which remain in place, as does the requirement to register as a sex offender for the rest of his life. USA Swimming has already said that Turner will not be eligible for membership in the future.

Those classes might have too much of a severe impact

Yes, PVDH is referencing one of the statements made during Turner’s sentencing, in which the judge said he felt a longer prison term might have a severe impact on Turner.

I dont know I really wouldnt count 3 times using lsd and smoking some weed/drinking as signs of a drug abuse problem. In fact, id count that as pretty normal experimentation for a teenager. I think this is drawing attention away from the fact that he raped someone by trying to make it seem like his actions were the result of an underlying drug problem. This kid doesnt have a drug problem; he has problems with respecting and empathizing with his fellow human gbeings as was made evident with his statement from awhile back.

Sad that only when his texts went public did he admit the truth about his drug use! Could he be charged with purgery since he lied under oath??

Very rare for a State Attorney to pursue a perjury charge. Why? I have no idea. I wish it would happen more. Frankly, I do believe people are cavalier about lying under oath. Lawyers lie in courts. Police lie in courts. Deponents and paid witnesses lies courts. Plaintiffs lie. Defendants lie.

I agree the State should charge and follow charges against Turner. It is a high profile case and would get a lot of publicity. People would be far less leery of lying under oath if they could see a downside in it.

From a legal standpoint, the letter to the judge where he lied about his drug use does not qualify as perjury. Perjury is lying under oath, typically when giving sworn testimony. A letter is not sworn testimony. However, I have seen situations where judges learn that a defendant or attorney lied at sentencing and bring the case back for a resentencing.

I do love how quickly he rolled over on that. I hope no one ever found any texts and he just got bluffed on real hard.

HAHA! I would up vote this a hundred times if I could!