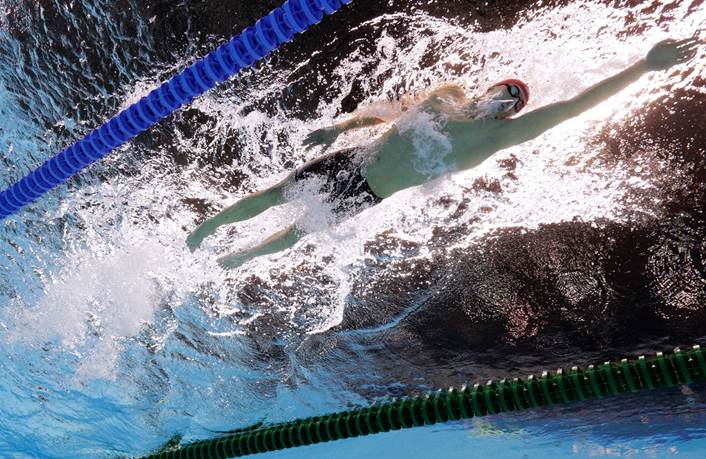 Two British Olympic swimmers have announced their retirement, as both Stephen Milne and Sarah Vasey have hung up their goggles. Archive photo via British Swimming

Two British swimmers have announced their retirement, as both Stephen Milne and Sarah Vasey have hung up their goggles.

28-year-old Milne is an Olympic medalist and world champion while 26-year-old Vasey has European Championships and Commonwealth Games gold medals to her credit.

Milne first represented Great Britain on the elite international level at the 2012 European Junior Championships where he placed 8th in the individual 200m free and helped GBR place 4th in the 800m free relay.

2 years later at the 2014 Commonwealth Games, Milne represented his native Scotland and finished 5th in the 1500m free before helping his homeland take silver in the 4x200m free relay.

As part of GBR’s Olympic squad in Rio, Milne competed in the 400m and 1500m free individual events, placing 13th and 10th, respectively. He was a member of the silver medal-winning 800m free relay at the Games.

Milne made the move from longtime training base of Perth to the University of Stirling in 2020. He missed making the Tokyo Olympic team and most recently placed 5th in the men’s 400m free at the 2022 British Swimming Championships (3:54.05).

On his difficult decision to retire, Milne reflects, “When I decided I wanted to compete at the Olympics, I had no idea what the road ahead would look like. All I knew, at the age of 11, was that I loved swimming and I wanted to be as good at it as those I saw ahead of me. That was the spark that drove me, got me out of bed in the mornings and kept me going when things got tough,” he said.

“I am immensely proud to have represented my nation, my country and the teams I have been a part of, but I didn’t do any of it on my own. To everyone who has been with me on this journey over the last 19 years, thank you.

“To my friends and family, teammates and coaches, from club to performance, within aquatics and across the wider community, I couldn’t have done it without you. The fact that you believed in me kept me believing in myself.”

Vasey, who also raced in the International Swimming League as a member of the New York Breakers, debuted for Great Britain at the 2017 World Championships. One year later she scored Commonwealth Games gold in the 50m breaststroke.

But 2021 is where the Loughborough ace truly broke through by way of making her first Olympic Games team. Ultimately in Tokyo, Vasey placed 11th in the women’s 100m breaststroke, while her women’s medley relay team finished 11th overall.

Most recently at this year’s British Swimming Championships, Vasey placed 3rd in the women’s 50m breaststroke in a time of 31.46.

Vasey says of her retirement, “I’ve had a lot of change in the past year, and that has changed my perspective on things. I was thinking about the next phase of my life, and then getting a knee injury, it’s a barrier I just wasn’t willing to jump over at this stage, with the surgery and rehab to get back to fitness.

“The highlight of my career for me has to be competing in a semi-final at the Olympic Games. It’s weird, because when you’re in the bubble of it, you don’t really realise what you’ve done – and then it’s only afterwards, when you take a step back and take a look at everything you’ve done that you actually realise, and I’m really proud of myself.

“If you’d told 10-year-old me that I’d have done all that I have, I’d never have believed you!”

She continued, “I’ve honestly loved every minute of it. The teams are what make it, there are so many great people in British Swimming. I feel so lucky to have met so many of them and to have had so many good memories with them.

“I can honestly say I wouldn’t be anywhere without Mel. She has been such a massive support for me, in and out of the pool. She is one of the best coaches out there and I know I can call her my friend now too.”

Speaking on Sarah’s retirement from swimming, British Swimming Performance Director Chris Spice says, “Sarah has played her part on British Swimming teams for the last five years, both individually and as an important part of medley relay efforts too – including helping our Women’s 4x100m Medley Relay team claim the European title last year during a superb meet for our swimmers.

“Her constant commitment in training and all her preparations have allowed her to represent Great Britain at all senior levels, and her presence in our teams will be missed. We wish her all the best for whatever comes next for her.”

Of Milne, Spice says, “Stephen should be very proud of everything he achieved in his swimming career, in and out of the pool.

“Over the years, he has helped to establish our Men’s 4x200m Freestyle Relay as a world-leading relay outfit, becoming an Olympic silver medallist in Rio and then following it up as part of the world-title winning team a year later in Budapest. To have also won medals at European and Commonwealth level truly shows his quality as an athlete. Everyone at British Swimming wishes him all the best for the future.”