Beyond The Lane Lines: Peaty Lands On Walk Of Fame, Hackett Expecting Baby 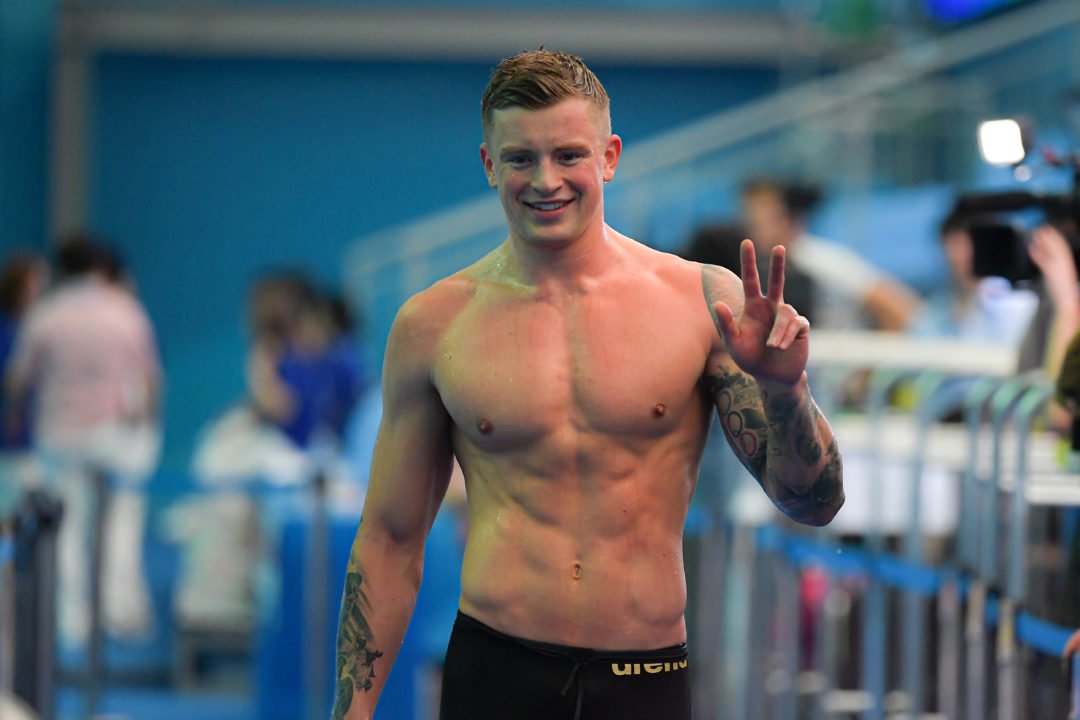 Daiya Seto, Aliaksandra Herasimenia and more highlight the latest edition of Beyond the Lane Lines. Take a look and learn something new this week. 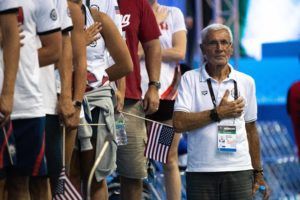 Check out who has entered what hall of fame and earned which award during this special edition of our Beyond the Lane Lines series. 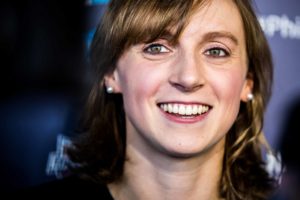 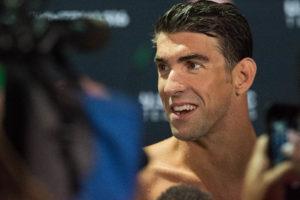 Beyond The Lane Lines: Michael Phelps Ranked #1 Outside The Water

Olympians Michael Phelps and Daiya Seto are among the swimming stars highlighted in this edition of Beyond the Lane Lines.

This edition of Beyond the Lane Lines features a former ASU coach and swimmer, University of Bath Hall of Fame inductees and more. 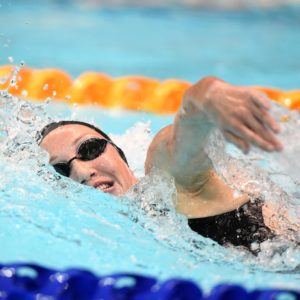 Catch up with this week’s Beyond the Lane Lines, featuring Aussies Stephanie Rice & Lani Pallister, along with Kiwi Lewis Clareburt.

Olympic and World Champion Adam Peaty has been awarded his very own star on the ‘Made in Derby Walk of Fame’ in Derby, Derbyshire, England.

Readers of the Derby Telegraph and Derbyshire Live website were asked to nominate past and present inspirational members of the community with those selected from a subsequent shortlist receiving a cast-iron and marble plaque embedded in the sidewalk in a main thoroughfare in the city. The initiative is to help recognize ‘what Derby people have accomplished and the mark they have on the world.’

The first Walk of Fame was devised back in 2018, located in Albion Street. The 2019 edition, of which Peaty is a part, will start outside the Guildhall Theatre, proceed up Iron Gate and end at Derby Cathedral. He is recognized along with 9 other notable Derby figures across all facets of life, ranging from comic book artist Liam Sharp to nursing pioneer Florence Nightengale.

Peaty was a long-time member of the City of Derby Swimming Club until his departure to Loughborough with coach Mel Marshall.

South Africa’s Cameron Bellamy belted out the longest channel swim in history on Sunday, September 15th, continuously swimming from Barbados to St. Lucia. The 37-year-old set out from St. Peters Bay in Barbados at 8:30 am on Saturday morning, reaching St. Lucia just before 5 pm local time on Sunday.

The 37-year-old South African set out from St Peters Bay in Barbados at 8.20 on Saturday morning, swimming in flat seas with gentle swells but hot conditions, reaching St Lucia just before 5 p.m. local time on Sunday to be met by the country’s prime minister Allen Chastanet.

Per Reuters, Bellamy’s is the longest channel swim, beating the 124.4k swim by Chloe McCardel from the south of Eleuthera Island to Nassau in the Bahamas 5 years ago.

The Western Australian Swimming Association Inc (SWA) recently honored the service and achievements of 2 of its past champions in Eamon Sullivan and Jennifer Reilly.

The Award for the able-bodied swimmer who is the most consistent performer at the SunSmart State Age Long Course Swimming Championships, aged 14 years for female athletes and 15 years for male athletes, will now be named the Jennifer Reilly Trophy. Per WA, ‘as a dual Olympian, Jennifer has worked tirelessly for the sport of swimming including serving on the SWA Board. Originally from Victoria Park Swimming Club, Jen represented Australia at three Commonwealth Games, winning one gold, one silver and two bronze medals, including her first medal as 15-year-old in the 400 IM, the event she won eight times at the Australian National Championships. Arguably her best event, Jen’s time in the 400m IM is the third-fastest time swum by an Australian female and remains the WA All Time Open record.’

As for Sullivan, his name will be attached to the able-bodied swimmer who is the most consistent performer at the SunSmart State Age Long Course Swimming Championships, aged 16 years for female athletes or 17 years for male athletes. The award will now be named the Eamon Sullivan Trophy.

Per WA, ‘Eamon was the youngest male in the 2004 Athens Australian Olympic Team and improved his personal best in the heat time that gained him a spot in the final of the 4x100m Freestyle Relay. From a Relay swimmer to the “leading man”, Eamon swam his way to the top of Australian sprinting before becoming the World Record holder in the 50m and 100m Freestyle in early 2008. At his second Olympics in Beijing in 2008, Eamon twice broke the 100m World Record. Eamon continued his strong swimming form in 2012, qualifying for the London Olympics and swimming in the finals of both the 4 x 100m Freestyle Relay and the 50m Freestyle.’

Australian Olympic legend Grant Hackett and his girlfriend, Sharlene Fletcher, confirmed that they are expecting their first child together. Hackett is already a father to twins Charlize and Jagger with ex-wife Candice Alley.

Hackett told The Daily Mail this week, “I felt I was going to hit 40 and I wanted another opportunity as a dad,” he told the news outlet, adding: “The trouble with being divorced is you’re a father part-time. I hate that.

“I knew I wanted more children but only with a committed person who was going to be a life partner.”

We reported in a November 2018 edition of Beyond the Lane Lines that Hackett had landed a prestigious promotion to Chief Executive at Generation Development Group (GDG), an investment firm with offices in Sydney and Melbourne.

At the height of his swimming career, Hackett was unstoppable in the distance races, earning 1500m freestyle gold both at the 2000 and 2004 Olympic Games.

Can we have a story on Susie O’Neill and her first watch of the 200 fly final from Sydney 2000? Some amazing footage that shows just how much pressure elite athletes put themselves under.