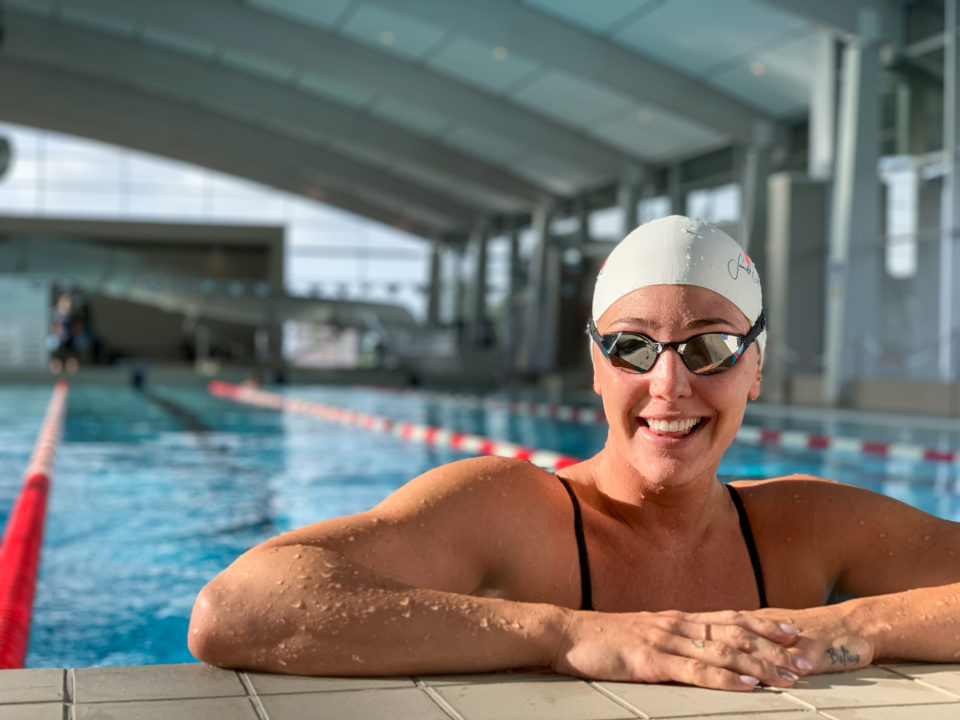 Check out this week's edition of Beyond the Lane Lines, featuring Dylan Carter, Jeanette Ottesen, and the world record-breaking Chinese mixed medley relay. Archive photo via TheMagic5, a swimswam partner

Early last December we reported how Moraga, California native David Miller was well on his way to reaching his goal of swimming one million yards in 2020 for cancer research. As of December 1st, Miller had completed 926,000 yards and raised nearly $18,000 for the Cancer Research Institute.

The man hit his million-yard goal as planned on December 27th, completing his final lap at Campolindo High School, the place at which his journey began. In the process, he raised more than $50,000 for the institute.

Miller lost his father to lung cancer, while both his sister and mother are cancer survivors.

You can see his swimming goals and averages per month on his website. For reference, 1 million yards comes out to about 3,200 yards per day, 6 days per week.

The 2020 Swammy Award Winner for Male CAC Swimmer of the Year, Dylan Carter, was also recently honored as his nation’s Sportsman of the Year. Selected by the Trinidad & Tobago Olympic Committee (TTOC), 24-year-old Carter was earned the honor for the first time in his professional swimming career.

Carter said of the recognition, “It really is an honour to receive this award from the TTOC. I was surprised but I’m pleased to join some prestigious company with this award to my name.

“It’s a nice piece of encouragement that I’m heading in the right direction to keep on doing what I’m doing and good things will come.” (Trinidad & Tobago Newsday)

The quartet established a new world record in the mixed 4x100m medley relay at the Chinese National Swimming Championships last October. They crushed a collective effort of 3:38.41 in the heats to narrowly get under the previous WR mark of 3:38.56 set by the United States at the 2017 World Championships.

You can read more on this groundbreaking swim in our original post here.

33-year-old Danish Olympian Jeanette Ottesen was recently recognized by Toyota-Denmark with its Nothing is Impossible award. The honor is bestowed upon an elite athlete who has ‘defied all odds, done the impossible, and fought extraordinarily hard and persistently to achieve a great result’. Toyota-Denmark selects the winner in collaboration with the Danish Sports Confederation (DIF) and Team Denmark.

The selectors described Ottesen’s credentials as follows: Jeanette Ottesen, who with over 50 medals at international championships is one of Denmark’s most winning athletes ever. In 2017, she became pregnant and is today the mother of three-year-old Billie. Many thought that Jeanette Ottesen would stop her swimming career, but she built her own set-up around the national team from scratch. Among other things. with her husband as coach. Today she has fought her way back to the highest level.

#5 Moscow, Russia is Getting a New Pool

Zelenograd, Moscow, Russia is set to see a new swimming facility constructed in the area of Old Kryukovo later this year.

According to the All-Russian Swimming Federation, a pentagonal, 3-story building with an area of about 9.4 thousand squad meters will be built for sports school No. 112 Sputnik of Moskomsport. The pool’s construction is 60% complete, with the site intended to be used for year-round sports, training activities and regional competitions.