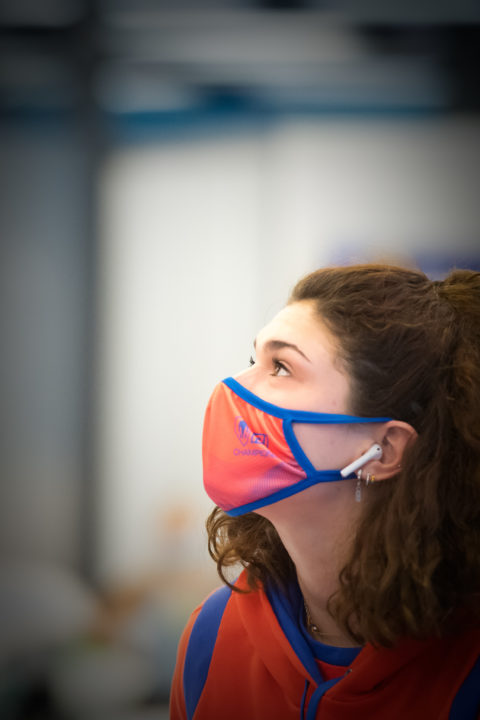 World Junior record holder and Italian Olympic qualifier Benedetta Pilato has announced that she tested negative for COVID-19 and is resuming her training. Current photo via Mike Lewis/Ola Vista Photography

World Junior record holder and Italian Olympic qualifier Benedetta Pilato has announced that she has tested negative for coronavirus and is now resuming her training.

Pilato made the announcement via Instagram, where she wrote, “Benny 1-Covid 0. Negative!!”

Pilato was one of several Italian swimmers to contract the virus following the Italian Open Championships in December. During the meet, she was in frequent contact with Elena Di Liddo, who also tested positive for the virus. Di Liddo also announced her negative test on January 1. Other Italian swimmers who recently announced their negative COVID-19 tests include Giulia D’Innocenzo and Martina Carraro.

Due to her performances at the Italian championships, Pilato earned her spot on the nation’s 2021 Olympic Team. In the 100 breaststroke, Pilato posted a time of 1:06.02 to take down Martina Carraro’s Italian record of 1:06.36, securing her spot.

At just 15-years-old, Pilato is a medal-favorite for Tokyo, especially considering her performances in short course during the 2020 ISL season. During that time, she set the World Junior record in the 50 breaststroke multiple times, finishing the season as the 2nd fastest performer in the world behind Lilly King. She also finished as the 3rd-fastest swimmer in the world in the 100 breaststroke, behind King and Alia Atkinson.