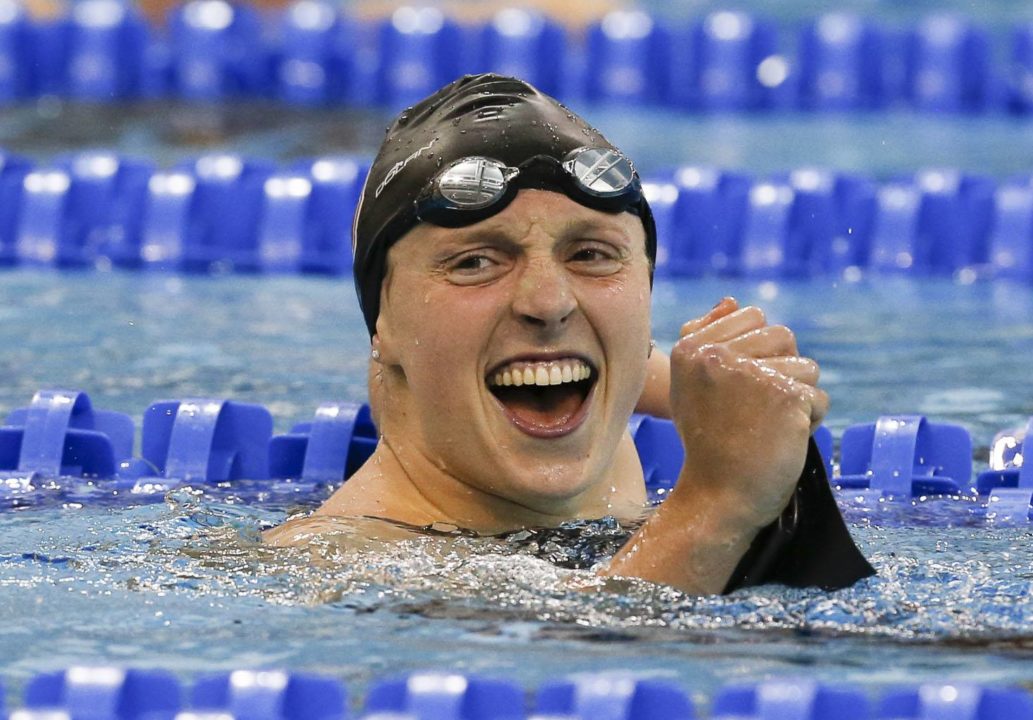 Single- and all-session tickets are on sale now here.

NBC Sports Network will have live television coverage Friday, June 8 and Saturday, June 9 at 8 p.m. EDT. Sunday’s finals will stream on the NBC Sports app. A live webcast of daily prelims and the Thursday, June 7 distance session will be available at usaswimming.org.

Also continuing in Santa Clara is USA Swim Squads, a new feature for 2018 that allows USA Swimming National Team members to compete for team points and a grand prize throughout this year’s events. Four teams, captained by Olympic legends Natalie Coughlin, Lenny Krayzelburg, Jason Lezak and Kaitlin Sandeno, will feature six active athletes designated across six event categories (one athlete per team per category) who are eligible to score points in a maximum of two events from that category – free, back, breast, fly, IM or flex. Team Krayzelburg leads the way with 358 points heading into Santa Clara.

The top eligible male and female overall point total winners in the series will earn a one-year lease of a BMW vehicle, as well as a $10,000 series bonus. For more information on the TYR Pro Swim Series, visit here.

We don’t have the nbc network. Is there any other options? Why can’t they stream on usaswimming all nights?

Could someone please answer my questions?:)

Sometimes you have to pay for the things you want.

Shouldn’t we be excited that Swimming is going to be covered on NBC? We’ve been complaining for years that its only mainstream during the Olympic Year….

I’d love to see some of this broadcast money going towards the athletes… No athletes, no show… So why not paying them a fair %?

agreed but they are going a bit too far here …..

Do you have a friend with a cable tv sports subscription? Get their online login information and use it to login in to nbc sports

Probably not going to swim until Nationals is my guess.

Can she swim at Nationals without recent qualifying times?

If the letter-of-the-law is adhered to (which seems to frequently be a big ‘if’ in our sport), then no, she would not yet be qualified. The qualification period is June 1 through the entry deadline.

There are still a few big meets left between now and then, including the PSS meet in Columbus in early July.

Speedo has put her swimsuit line into the outlet sale section on their website…that should tell you all you need to know.

Is she still swimming???

It would be interesting to see what Ledecky’s plans are at this meet. We shouldn’t probably expect her to improve her season bests and world records at 400-800-1500 free. And if she swims these events then it will be most likely for training purposes. Also she still has a good chances to win the main prize of these series especially if to remember that Nationals will double winning points. Not that she really needs it to drive BMW on campus, but to add this win to her pro resume. What I would expect from her is taking #1 position at 200 free and making personal best in 400IM.

I’ve got to believe these big names are just swimming through this meet to see where they are. They won’t taper. Their main focus has to be Nationals in Irvine.

Totally spot on – of course they are still in preparation for Trials ( its only in 2 months time ) and use those meets to adjust all the details they are working on …..

There is no need for Katie Ledecky to be tapered at Nationals. The only domestic competition that she can face is to be on the 4×100 free relay where we have about 5 swimmers for the fifth and sixth spots. She’s already made herself #1 of 2018 season in 400-800-1500 event. What left for her this season is competition against Titmus and Ruck in 200 free. I don’t think she will have much problems in 400 racing against Titmus. Her 400IM is an open question. I still have no idea why she swims it so persistently. If she does it for training purposes, just to add some extra burden to her intermediate meets then it is one thing. But if… Read more »

The Stanford swimmers have finals starting next Friday. I don’t think this meet will be a priority for any of them. I wouldn’t be surprised if some of them just swim in the morning.