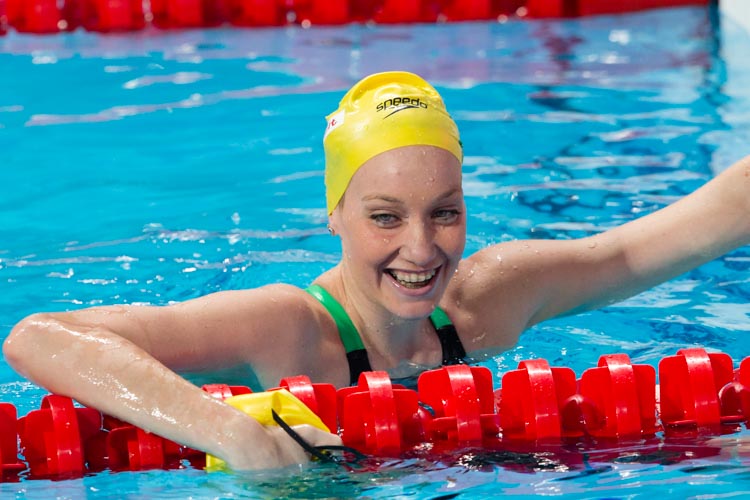 Over the first three days of competition at the Australian Championships five St Peters Western swimmers have qualified for Rio... Current photo via Tim Binning/TheSwimPictures.com

Out of the five Australian athletes who earned their initial berth onto the Olympic team three came from the same squad at St Peters Western Swim Club in Brisbane.

Georgia Bohl, Madi Wilson and Mitch Larkin all secured spots on the Olympic team on Saturday evening and all train in the same group coached by Michael Bohl.  With Emma McKeon and Madeline Groves in the same squad that means that five of the 17 swimmers on the team are athletes from St Peters Western.

This was the first event that McEvoy earned a ticket to Rio. Over the next week McEvoy will attempt to qualify to swim both the 50 and 100 freestyle.

The two women who found themselves on top of the world last year both qualified for the Olympic team in the 100 backstroke. Emily Seebohm, who took gold at the World Championships and Wilson, who won the silver in Kazan, finished first and second in the 100 backstroke this evening.

Seebohm won the event in a time of 58.73 while Wilson finished second in a 59.26. Both women were comfortably under the Olympic qualifying time of 59.71.

Larkin qualified for his second Olympic Games in the 100 backstroke recording a time of 52.54. The time was not great for Larkin, who posted a 52.48 in the semi-final, but he accomplished the biggest goal of securing a spot on the Olympic team.

mcevoy was raced in london