Australia Wins the Medal Standings as the Russians Pass the Americans 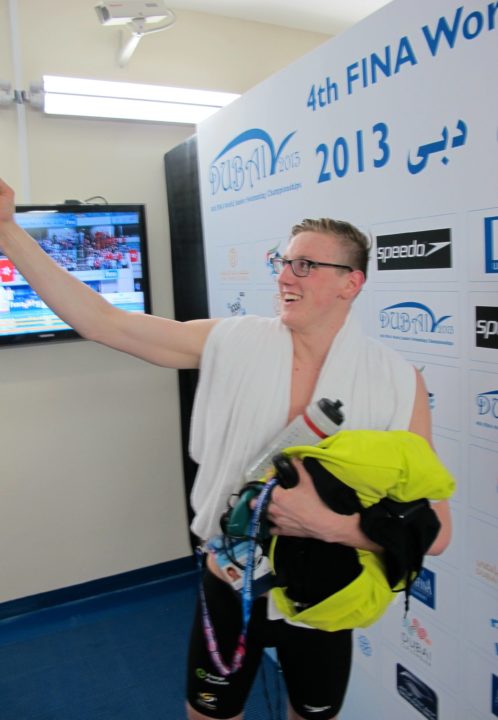 Mack Horton's dominance in the men's freestyle events powered the Australians to the top spot in the medal standings...

The top five are as follows:

Compared to the 2011 standings both the Australians and Russians (0 gold, 1 silver and 4 bronze) made significant improvements  while both the Canadians and Ukrainians failed to make the top five:

The point totals looked a bit different as the Americans won by a substantial margin followed by the Australians and Russians who had a tight race for third:

I predict Lithuania will have a hard time repeating its gold medal tally in 2015. 🙂

If there still was a Soviet Union that would be some dominance of results in score.

Misleading title, U.S. won the overall combined medal standings, (which is more closely related to the overall points which they won). Australia only won the # of gold medals. Also men’s and women’s medals should be separated as the points are. I think Horton won 6 of the golds for AUS. I don’t like that men’s and women’s medals and points are combined at all, they are two different teams in my mind.

The measure of success at these events has always been generally accepted as the number of total gold medals. Are they the most accurate measure of overall strength? Debatable, but Swimswam are just following the standard. The winner of the medal table has traditionally been the nation with the most gold medals, so the title is not really misleading. The only people I’ve seen debate this are usually people who have been disadvantaged by it. I’m going to go out on a limb and guess that you’re an American?

And why should men’s and women’s results be separated? Again, no other event does that, and unlike your other argument I can’t see any sense in this one. These swimmers are… Read more »

Finland will always be situated somewhere quite low at the standings, no matter how the table is built up, so maybe I dare to look this a bit differently. :).

In the end one’s stance on this depends on the definition of success. For me having a swimmer in a final is an achievement. Being on a podium is a very good result. But if one tends to think that getting silver is losing, then the gold medal tally is a valid way to measure success.

So I’ve nothing against how countries are placed in order in the medal table. It’s just about how to evaluate success. In my opinion the number of golds isn’t a best possible yardstick available.

This is the first time Australia topped world swimming medal table since 2001 Fukuoka, where Australia collected 13 golds, half of it due to Thorpe.