Australia Continues Coronavirus Restrictions With Cancelled Duel In The Pool 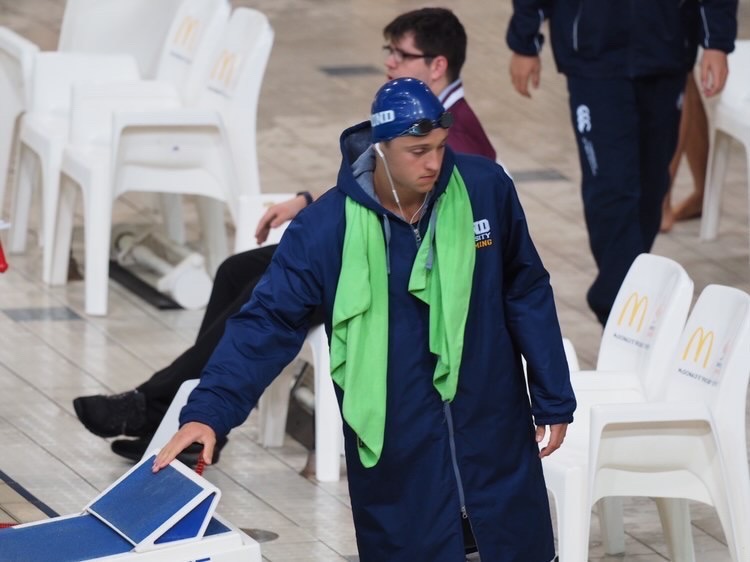 Australian speedster teen Flynn Southam was among those expected to race at the nation's Duel in the Pool set for next week. Archive photo via Fiona Southam

While the Australians who competed at the 2020 Olympic Games in Tokyo, Japan are still living under quarantine upon arriving home, their fellow swimmers are also feeling the sting of increased coronavirus-related restrictions.

Australia’s MLC Duel in the Pool, originally set to see 66 elite junior athletes compete in a kickoff to their Paris 2024 Olympic cycle, has been officially canceled due to COVID-19 outbreaks.

The event was slated to take place in Queensland August 18th – 21st and was an opportunity for younger stars to shine after meets such as the World Junior Championships and World University Games were postponed.

General Manager of Performance Pathways, Jamie Salter, said in the cancellation notice, “It’s disappointing we couldn’t hold the MLC Duel in the Pool as planned and I feel for all the athletes and coaches who were looking forward to pulling on the green and gold.

“Unfortunately, with so many states affected by Covid-19 and restrictions in place, we didn’t have a choice but to cancel the event.”

Among the athletes set to race was Newmarket Racers’ Elizabeth Dekkers, the 16-year-old 200m fly specialist who owns a lifetime best of 2:07.25. She just missed out on an Olympic berth, placing 2nd at the nation’s Trials behind Brianna Throssell but missing out on the qualification time.

Teenage speedster Flynn Southam of Bond was also set to take to the pool, with the 15-year-old on a renewed journey since opting out of the Trials to tend to mental health.

According to Queensland Health, the state has a total of 1,929 COVID-19 confirmed since the beginning, with deaths totaling 7. There are 156 active COVID-19 cases in the state.

Im not in lockdown . Im on a vax schedule for 2nd jab soon, I am neither left nor right & really like my collection of masks . I’ve been to Muslim & Orthodox countries ;& admired them & now I can wear them out & about everyday . Its my dream!

If no one caught the virus because of lockdowns and only a few vaccinated, then there is little immunity in Australia.

Vermont had relatively low transmission so fewer cases. Then they ramped up vaccinations. So they survived the pandemic better than other states.

Australia has to vaccinate their population to get out of the trap of lockdowns.

The young ones are really quite unlucky. No junior worlds, no junior pan pacs last year, and now no Duel in the pool. Next year quite a few of the big names will be too old for junior worlds.

Thanks for all the concern about Australia’s lockdowns from the commenters lol. Having lived in London last year and moved back to Brisbane early this year, I promise you life in London was waaaay worse. The vast majority of the country has only been properly locked down for a total of a week this year, whereas London was essentially locked down for about 8 months pst year plus a few months this year.

Hopefully we can get the vaccination rolled out faster and things can stop being locked down. But honestly I’m happy to lock down if it means saving lives. 940 people total have died from COVID in Australia. Compare that to 132,000 in the UK and 620,000 in… Read more »

UK worse except for Melbourne. Next Thursday will be 200 days in lockdown and approx. 276 days without formal training. And over 900 suicides in the last 18 months.

Yeah, this is the real difference. They’re only at 18% of the population fully vaccinated, as opposed to over 50% in the US and Europe.

Exactly. Once they get their vaccination numbers up, they will return to a more normal situation.

Australians are a bunch of Michael Andrew duplicates

No.. just didn’t have enough vaccines to go round

No, we have only approved 2 vaccines, one of which can’t be made in Australia and all our stock got send to Europe since we ‘didn’t have cases’. The other isn’t recommended to people under the age of 60. Hence we have a dilemma of people wanting to be vaccinated and literally not being able to get an appointment.

It is looking more and more likely that the 2032 Olympics in Australia will not happen.

What happened to the *actual* duel in the pool? Did ISL just kinda put an end to that or was it because of something else?

Very sad to see Australia returning to its roots as a nation of prisoners.

About 300 troops have been sent to Sydney to help overstretched police monitor home quarantine for coronavirus patients, and potentially set up roadblocks. The troops will help the police on a door-to-door search to check if people who have contracted COVID are isolating, police commissioner Mick Fuller told reporters during a press conference.

Senior officials have said the soldiers will not be armed, and do not have special enforcement authority, but will be assisting the police. However, counsellors have said that the sight of the military in multicultural areas of Sydney could be distressing for some refugees and migrants.

My people came for the Gold , because that’s the sort of DNA I have but I ‘m proud of the convicts . They made this land . They rarely did anything wrong to beconvicted , its just that the English wanted labour. Whatever skill they needed, they just went out & arrested said professional exponent . If they wanted architects ,they knew a speakeasy down by the Thames . Etc…