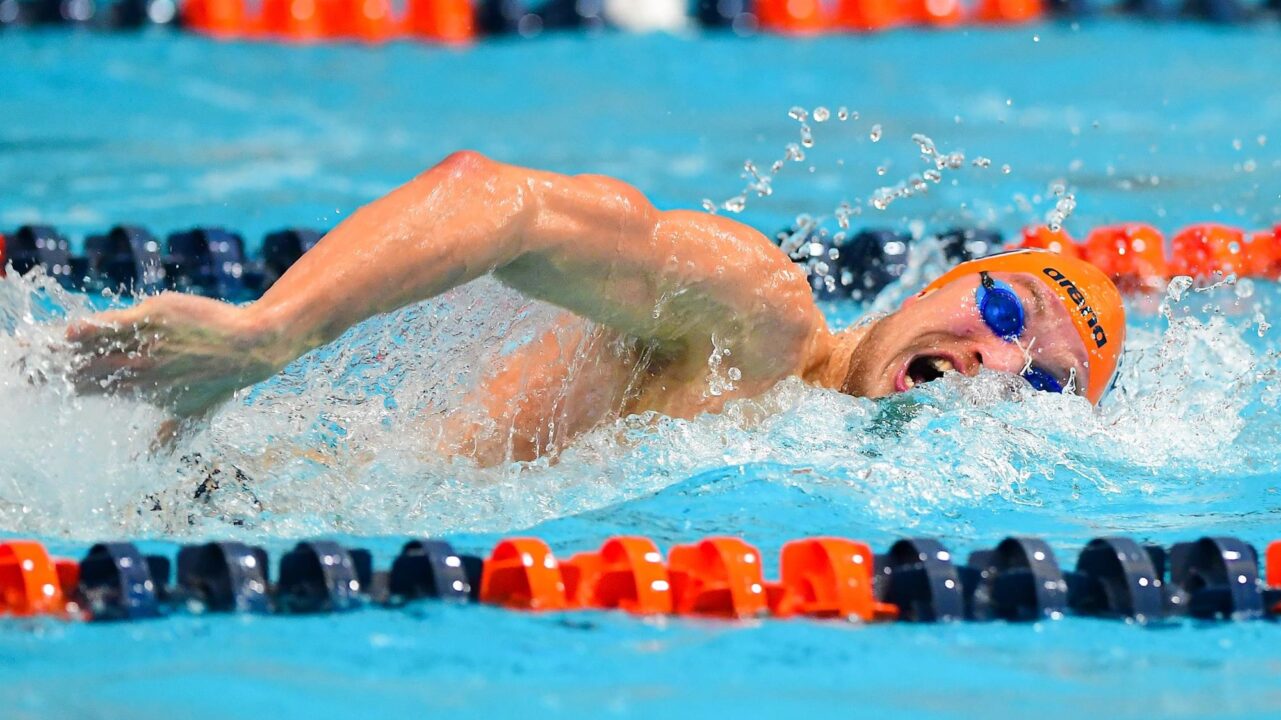 That means for the second-straight season, Gadgaard will have to rely on a Last Chance meet to secure his NCAA qualification.

Gadgaard, a 22-year old from Denmark, was one of just two Auburn qualifiers for the NCAA Championships last season. He recorded the team’s highest finish via a 20th place spot in the 500 free, and he also finished tied for 21st in the 200 free.

The Tigers, after achieving an “A” cut in the 200 free relay last weekend, will be better represented at that meet, but it’s still unclear if Gadgaard will be among those attending.

He is the 10th-best swimmer in the SEC this season in the 200 free (1:34.12), swimming a lifetime best in that event at the Auburn Invitational last weekend. He also ranks 10th in the conference so far entering the SEC Championships in the 500 free.

Without conference results entered, he only ranks 26th in the NCAA so far this season in the 500 free, with somewhere between 28 and 30 expected to be invited to the NCAA Championship meet in each event. He ranks 34th in the 200 free with relay leadoff from the ACC and SEC, but no individual swims, entered into the USA Swimming database.

Both of those swims will likely be on the outside looking in when invites are sent out.

Last season, Gadgaard needed a post-conference Last Chance meet to qualify for the NCAA Championships. After swimming 4:16.60 for 9th place at SECs, he was back in the pool two weeks later and dropped a 4:12.80, which easily got him to Greensboro.

Without knowing the nature of the illness, beyond that it isn’t COVID-19, any time out of the water could make it harder to drop to an NCAA qualification level this season. The good news is that the SEC Championships are fairly early in the cycle, so he has two-and-a-half weeks before NCAA entries are due.

The Auburn men swam fast at the Auburn Invitational last week, but have taken some hits already this week in Knoxville. Besides Gadgaard’s absence, their 200 medley relay was disqualified on Tuesday. While their 800 free relay rebounded to place 5th and secure another “A” cut, even without Gadgaard, the Tigers ended the day in 10th place out of 10 teams.

There are still four days of competition remaining, though, and the impact of that disqualification will be muted as the meet goes on.