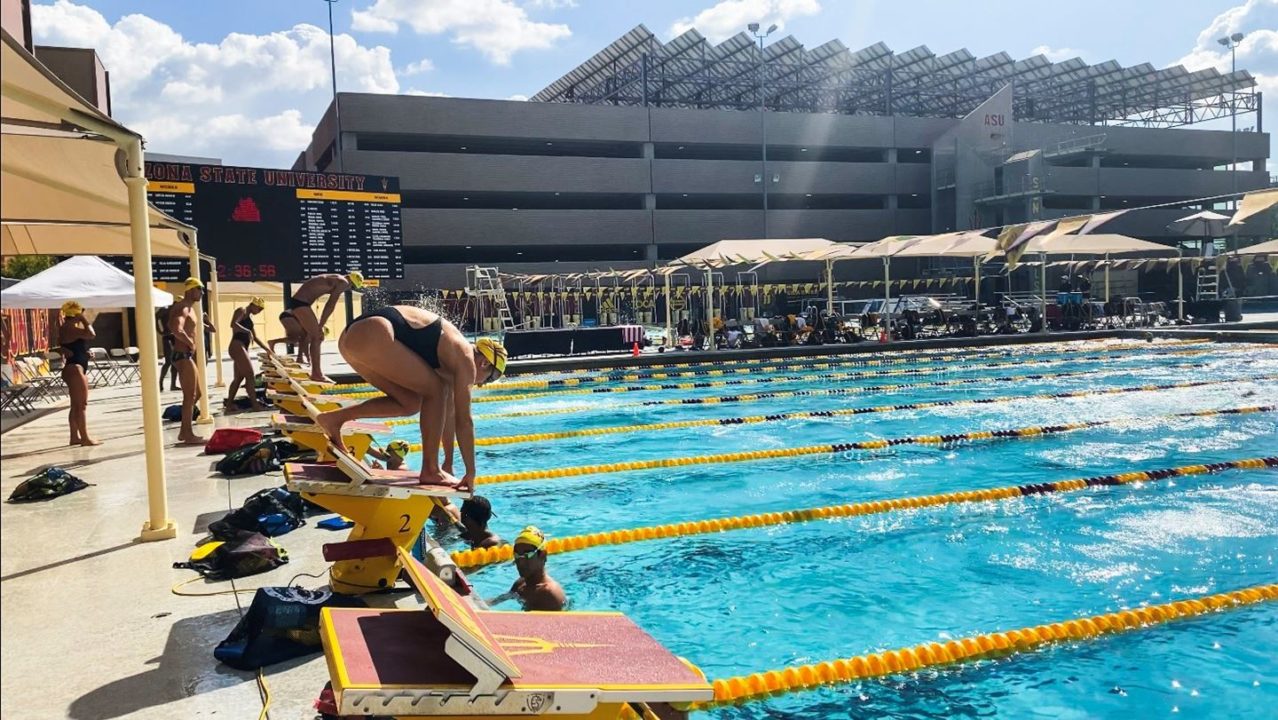 Arizona State diving coach Mark Bradshaw is retiring from the university after 23 seasons in Tempe, the school announced over the weekend. Current photo via Arizona State Athletics

Longtime Arizona State diving coach Mark Bradshaw is retiring from the university after 23 seasons in Tempe, the school announced over the weekend.

He also coached his son Cameron to a 3rd-place finish in the 1-meter springboard event at the 2012 NCAA Championship meet.

While the swimming side of the Sun Devils’ swim and dive program has been making progress over the past few years under head coach Bob Bowman, ASU’s only swim and dive national titles in the last 20 years came from one of Bradshaw’s divers, Finnish Olympian Joona Puhaka. The four-time NCAA champion won the NCAA title in the 1m in 2003, the 3m in 2004, and both the 1m and the 3m in 2005.

Bradshaw served as Finland’s diving coach at the 2004 and 2008 Olympics, and three Sun Devil divers represented their respective countries at the 2016 Olympics in Rio.

In a statement published by ASU Sports, Bradshaw said:

I want to first thank Arizona State University for handing me the keys to the Diving program nearly 23 years ago. I will certainly treasure the bonds and relationships I’ve built in the athletics department and across the University. I’d be remiss if I didn’t mention the tremendous student-athletes I’ve had the honor to coach. I’ve had the privilege of coaching Pac-12 and NCAA Champions and numerous All-Americans. I’ve seen the heights of the World Championship and Olympic Games as a coach but one of my greatest memories is my son Cameron earning his degree from ASU and finishing 3rd at the NCAA Championships as a senior.

Following a 23-year career leading the Sun Devil Diving program, Mark Bradshaw has informed me he is retiring from his head coaching role. On behalf of the entire Sun Devil Athletics staff and community I would like to thank Coach Bradshaw for his contributions for more than two decades at ASU and we wish him the best in his future endeavors.

What a great career. Congrats to Mark!

Awesome coach & wonderful person who’s done a great job over the years. Worked with him for a few years in the 90’s and have the utmost respect for him. Best wishes going forward Mark.