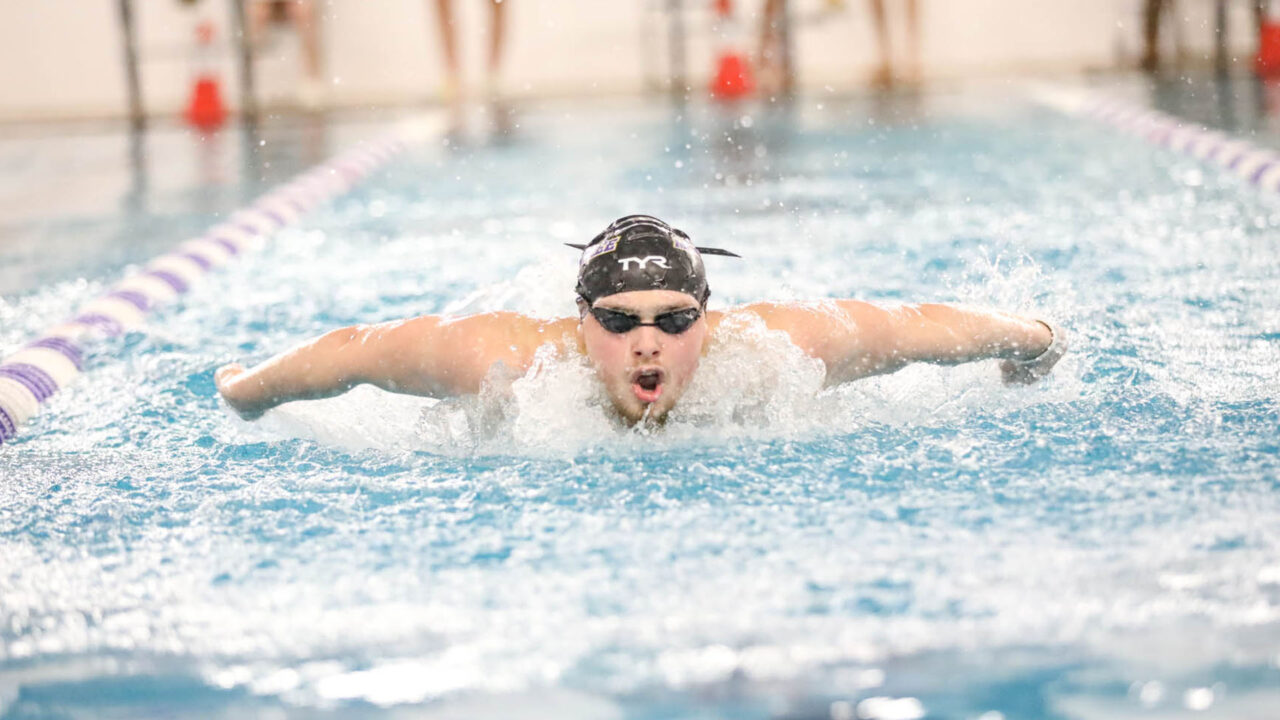 Lustig's time of 1:42.14 makes him the third-fastest performer in D2 history and ranks sixth among all NCAA swimmers in the 2022-23 season. Archive photo via Breelyn Craig, McKendree Sports Information

Last weekend was flooded with exceptional performances in college swimming, and while the Division I standouts stole most of the headlines, there were also some big-time swims from D2 and D3 programs.

Highlighting that was McKendree’s Jackson Lustig, who came into the Mizzou Invite riding a ton of momentum after posting a very fast early-season time of 1:45.35 in the 200 fly back in October.

Lustig, a sophomore with the Division II Bearcats, qualified first out of the men’s 200 fly heats at the Mizzou Invite in a time of 1:43.64, undercutting his previous best set at last season’s NCAAs by two one-hundredths (1:43.66).

He then went head-to-head with Mizzou’s Clement Secchi in the final, leading early before ultimately placing second in a time of 1:42.14, shattering his previous best time and school record by a second and a half.

Lustig’s time also moves him up from seventh into third all-time in Division II history, trailing only Alex Kunert (1:41.19) and Marius Kusch (1:42.04), who have combined to win the last five national titles in the 200 fly for Queens.

Kunert is competing this season, but won’t defend his title at D2 NCAAs as Queens is in the midst of reclassifying to Division I.

Secchi, a French native who transferred to Mizzou from McGill in U SPORTS over the summer, edged out Lustig over the last 50 to touch first in 1:41.81, which at the time was the fastest in the nation.

Now that the dust has settled from the first round of invites, Secchi ranks fourth and Lustig sits fifth in the NCAA as a whole, by far the top ranking for a Division II swimmer this season.

Jack is on track to do some great things in months to come. Great competition for him this early on in the year. Kudos to Missouri coach Grevers for inviting this Div II school to their invitational.